"Glenn Gould bathed his hands in wax and then they felt new," wrote the American novelist Joy Williams in the opening line of her harrowing 1999 essay, Hawk. Gould's many baffling contradictions – he loved the idea of the Arctic but hated the cold, for example – became a motif as Williams explored the inexplicable fact that her beloved dog had almost killed her one day. About Hawk, she wrote, "I really knew nothing about his psychology."

The same can be said about Gould, of course. He was as extreme in his unknowability as in all other quarters of his life. His reach was and continues to be international; biographers, philosophers, musicians, novelists (Madeleine Thien, most recently) and filmmakers both at home and abroad have either been drawn to the Gould mythos or tried to solve the riddle his life represents. In May of this year, to give a recent example, British classical pianist James Rhodes travelled to Toronto to record a radio doc for the BBC that explored the connection between Gould's suspected autism and his brilliance.

In his chatty, intimate memoir/biography, The Great Gould, Peter Goddard wants to make Gould as corporeal for us as he was for Goddard himself.

He writes that he was compelled to wrestle with their shared history when he noticed a "sea change in the nature of the Gould's afterlife" – new, younger listeners and artists were reinterpreting Gould's legacy and refracting it in contemporary culture in new and unexpected ways.

An accomplished musician, journalist and music critic (his award-winning arts reportage includes biographies of pop artists including David Bowie, the Police and Cyndi Lauper), Goddard attempts to "say what needs to be said" in The Great Gould, tacit acknowledgment that dozens of previous book-length efforts haven't quite managed that.

Goddard grew up in the same physical orbit as Gould at both the Royal Conservatory of Music ("the Con," as it was known, where the cafeteria "made everyone equal") and then the CBC, where Gould once surprised him as he spliced tape. The Gould he knew was genuinely curious that evening, peering over his shoulder and moving easily from the pragmatic to the philosophic in conversation before drifting off again. In the book's moving coda, Goddard gives us the story of a generous young Gould who, having recently achieved rock-star status in Russia, gave an impromptu piano lesson to a cottage neighbour, just because she asked.

Still, Goddard can't avoid agreeing with Georges LeRoux's characterization of Gould as a man who had to "disappear in order to communicate" and who had "a will to make an abstraction" of himself. Goddard characterizes Gould as media savvy, referring to characters he created for the CBC, including "Glenn Gould," Karheinz Klopweisser and Slutz the cabbie, but recognizes that he used them as much for self-promotion as self-expression. "Gould's fictional creations seemed to have been arranged in hierarchical order according to his need for them," he writes. "Those most extravagantly un-Gould-like were … allowed to spill the beans on real Gould feelings."

Fans of Gould will find familiar stories here, such as Gould's decision to sue Steinway over an allegedly injurious shoulder slap and the infamous Bernstein/Gould Brahms concert in 1962 New York. Where Goddard sets himself apart is in the flashes of his classical-music chops. "Brahms's First Concerto is particularly inviting to a soloist with an analytical mind like Gould's," he writes, about the Bernstein-Gould collaboration, "because it starts with a puzzle – a great twisted chord built above its basis on a low C-sharp note teetering over D, the work's home key, that demands a decoding to move on. But where? And over what period of time?"

The experience of reading Goddard on Gould is like the happy accident of encountering a guy in a bar who can speak with equal ease and authority about pop culture and philosophy, who slides from lowbrow to highbrow in a sentence and who, as it turns out, knew Gould in person and over many years.

Egged on by respected Gould biographer Kevin Bazzana, Goddard nevertheless made a thorough search of the Gould archives and gifts us with never-before-seen photographs (though why their goofy captions contain neither place nor date is vexing) and glimpses of Gould via various ephemera he found there, including what is likely the most telling detail in the book: a CBC biographical data sheet from 1952, with many of the answers left blank. "Blank for the first audition," Goddard writes. "Blank for current programs. Blank for current sport. Blank. Blank. Blank."

Christine Fischer Guy is the author of the novel The Umbrella Mender. 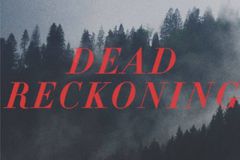 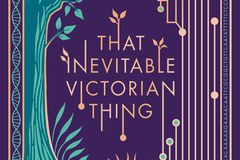 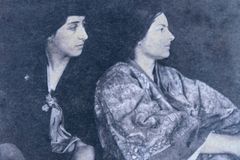