When David Chariandy was a teenager, a self-described nerd who mostly read sci-fi novels and sword-and-sorcery epics, he discovered the work of Robertson Davies. This introduced Chariandy, the son of Trinidadian immigrants living on the eastern edge of Scarborough, to a world as different from his own as Middle-earth. Although he resembled a wizard himself, Davies was the Upper Canada College- and Oxford-educated bard of Canada's WASP-y establishment – a writer, Chariandy notes, who "couldn't be farther from me in terms of experience. What is the term [Stephen] Harper used? Old-stock Canadian?" He laughs. "And yet I consumed it – I guess because reading became a way of entering different worlds."

But as he read more widely, venturing into other, different worlds – each one a magical portal, his own wardrobe – Chariandy rarely, if ever, encountered a world resembling his own: the apartment buildings and strip malls, the busy streets and hidden valleys, the sights and smells and tongues that he saw and heard and experienced every day in Scarborough.

Chariandy's second novel, Brother, which arrives in bookstores on Tuesday, is a supremely moving and exquisitely crafted portrait of his hometown. The fact that, last Monday, it was named to the Scotiabank Giller Prize long list was one of the least-surprising developments of the week. It is a celebration and a reckoning, a study of community and of family and of the ways each relies on the other, and of the power of art to build and the ability of those in power to destroy. It is also an act of literary cartography, an attempt to place Scarborough on the CanLit map, once and for all, and an effort by Chariandy to show "the importance of knowing that your world – in its beauty, in its ugliness, in its heroism, in its cowardice – [can] also be worthy of representation."

Brother tells the story of Michael and his older sibling, Francis, who live with their mother in an area of the city known as The Park. Michael narrates the story of their childhood and adolescence, of their first loves – Michael's being a girl named Aisha, Francis falling hard for hip hop – and of the act of violence that eventually tears their small family apart.

"Brother is, of course, in a very literal sense of the novel, about a brother, and his fate, but it's also about kinship, and how kinship is found," Chariandy says one recent August afternoon, sitting in the food court of Cedarbrae Mall, not far from where he grew up and where his parents still live; he's wearing a bold blue button-up shirt and jeans, his greying hair the only hint that he's 48. "Much of the literature that I really admire is the literature of speaking about kinship as a way of demurring from often-violent politics. How do people live their life, and imagine a future for themselves, when they're in political contracts, and social contracts, that are distressing and sometimes outright violent? And so the ties of family are very important to me for figuring out those ways of life."

His first novel, Soucouyant, probed those ties in similar ways, and in a familiar setting; set in Scarborough, the novel featured two brothers and their single mother, who has early onset dementia, and also examined issues of race and family. In fact, Chariandy says, Brother grew out of Soucouyant, which was longlisted for the Giller and was a finalist for the Governor-General's Literary Award, among other prizes. "It had all the ingredients that I wanted to explore more," he says.

He spent the next decade exploring, far longer than he'd anticipated. ("I thought I had learned something about writing a novel, and that it would be easier the second time," he says. "It was as hard as that first time, and essentially almost as long.") Yet, in some ways, the book is coming out at just the right moment, dealing as it does with marginalized communities and the ramifications of police violence.

"It may have been almost a decade in the making, but it could not be more timely," says Martha Kanya-Forstner, his editor at McClelland & Stewart. "I think we had that sense, as we got closer and closer to publication, that the book had become the book it needed to be at just the moment that it needed to come."

Brother is poised to enter the broader conversation surrounding these issues, although Chariandy makes it clear that current, and near-recent events, did not alter the direction of the novel, which mostly takes place in the early 90s. "The thing I've always tried to remind people is that the issue has always been front and centre for specific communities," he says. "I'm simply one other voice confronting this long legacy."

One of the voices he's echoing belongs to Austin Clarke, the acclaimed Barbadian-Canadian author, who became a friend and mentor to Chariandy – he again uses the term "kinship" to describe their relationship. It was in Clarke's work, Chariandy says, that he finally saw a world similar to his own.

"It affected me so deeply," says Chariandy, who first discovered Clarke's work while in university. "Austin's first book set in Canada, The Meeting Point, I think it was 1967, was about the plight of black domestic workers and black labourers. It was the first time in the world of literature that someone was actually representing my family – my mother was a black domestic worker." (His father worked in a furniture factory.) "To represent the lives of those people migrating from the Caribbean to a Toronto that is radically different from the Toronto that exists now – what they experienced, what their hopes were, what their delusions were, as well – that blew me away that someone could do that."

Clarke was an author who made Chariandy's own writing career "seem possible," he says.

Clarke died last year, and Brother is dedicated to him.

The next step for Chariandy is to follow in Clarke's footsteps and find a readership outside Canada. There's a buzz surrounding Brother; it earned an endorsement from Booker Prize-winning novelist Marlon James, who called it, in part, "a brilliant, powerful elegy," while foreign rights were recently sold to Bloomsbury in the United States and Britain.

"When Brother landed on my desk, I felt like this was a new international literary star," says Alexa von Hirschberg, senior commissioning editor at Bloomsbury UK, which will publish the novel next March. "Like all great fiction, it speaks to the human heart."

After the interview ends, we leave the mall and drive east, along Lawrence Avenue, Chariandy looking out the window at his former neighbourhood. He left Scarborough after high school, heading to Ottawa for university, then earning his PhD at York. For the past 15 years, he's lived in Vancouver with his family, and teaches in the English department at Simon Fraser University.

"I feel, in a certain way, that I'm coming as a visitor – that the Scarborough that I experienced is a different Scarborough from the Scarborough that I see now." That said, some things remain the same. "I think young black men feel, often times, the same way I felt, or my brother felt, growing up in Scarborough, and the way my friends felt growing up in Scarborough. That has remained the same. There are still families that struggle to make ends meet, and children growing up where they're told a certain narrative of who they are, and told a narrative of where they belong. All of those things persist."

We drive over a bridge that straddles one of the veins of the Rouge Valley, and Chariandy asks that we pull over. He wants to show me something – the place that, "maybe more than any other site, influenced the novel."

The two of us, trailed by a photographer and Chariandy's publicist, follow a path down into the valley, where it's sunny and cool and, aside from the upper floors of apartment buildings peeking over the treetops, easy to forget that you're surrounded by the city. "Down here it's a whole other world," he says.

Francis and Michael both spend time here in Brother, as did Chariandy as a kid. "Growing up, there was a certain gaze upon me and my brother, and others like us," he recalls. It therefore became important to find "places where you could escape that gaze, and see yourself differently." This valley, he says, as we walk under the bridge, "was really a place of refuge for me."

Just as he hopes the books he writes provide refuge for others. 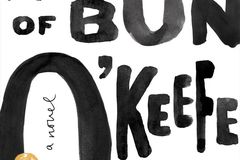 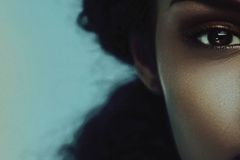 Book Review
Review: Payam Akhavan’s In Search of a Better World is both memoir and manifesto
September 22, 2017 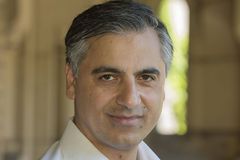 Follow Mark Medley on Twitter @itsmarkmedley
Report an error Editorial code of conduct
Due to technical reasons, we have temporarily removed commenting from our articles. We hope to have this fixed soon. Thank you for your patience. If you are looking to give feedback on our new site, please send it along to feedback@globeandmail.com. If you want to write a letter to the editor, please forward to letters@globeandmail.com.
Comments