Orhan Pamuk, one of the world's most acclaimed writers, is the author of the novels The Silent House, The Black Book, My Name is Red and Snow, among other books. In 2006, he became the first Turkish writer to receive the Nobel Prize in Literature. His latest novel, The Red-Haired Woman, was recently published by Knopf Canada.

Why did you write your new book?

To be happy. I've been very happy writing novels for the past 40 years and each new book is a source of joy and intellectual adventure for me. This time I wanted to write a short novel with metaphysics and philosophy in it. I also wanted to tell a realist story about a master well-digger and his apprentice that I observed in the land next to where I lived in the summer of 1988. At the time, the last old-fashioned well-diggers were still in business at the peripheries of Istanbul. I observed the father-son relationship between the old master well-digger and his teenaged disciple. The old master was both teaching and shouting at the boy and very tenderly protecting and caring for him. This moved me, perhaps because I was raised by a father who was not around too much and who never tried to control me and, in fact, did not know much about me! Besides this sentimental and personal root, the novel is a fictional comparison of Sophocles's Oedipus Rex – patricide – and Persian poet Ferdowsi's classical tale of Rostam and Sohrab – filicide of the son. These are canonical texts of Western and Islamic civilizations. We tend to associate Oedipus with individualism and Rostam with authoritarianism. I am happy that I wrote this realist story discussing all this in a playful mode.

Who's your favourite villain in literature?

Alexei Fyodorovich Karamazov, popularly known as Father Karamazov. Dostoyevsky discovered our modern concept of man as someone who can never totally believe in anything. Modern man can simultaneously believe a thing and its opposite sincerely. When Father Karamazov is at his lowest, we also smile at him, and understand him, and even sympathize with him, perhaps because we also know that he is somehow close to us. We also share some of his sentiments. Because we understand him so well, we also have some of the ideas, feelings of the villain. My favourite villain is the character who taught me what a great joy it is to understand human beings even if they are villains. That is why I write my novels.

Would you rather have the ability to be invisible or time-travel?

I would be very happy to be invisible. In my childhood, being invisible meant the possibility of seeing everything that is hidden away from me. Many times in my dreams, I understand that I am invisible. Realizing this makes me very happy in the dream. Perhaps because I would not be harmed. But also because if I am invisible, I can see everything.

What's more important: the beginning of a book or the end?

In a novel, they are equally important. The first sentences should set the tone of the whole book. It prepares the reader for what is to come. It is the first spoonful from the ocean of words we will cross, so it should rather be tasty and interesting. So is the ending. It is the first spoonful from the memories of reading of that novel. The ending should allude to and communicate with the rest of the book, but the last sentences should also be a modest final twist. Of course, the first and last sentences can also be a sort of an icon or a symbol for the book. I liked this question very much because coincidentally the last sentences of The Red-Haired Women allude to its first sentences: "I had wanted to be a writer. But after the events I am about to describe, I studied engineering and geology and became a building contractor."

Joanne Proulx: ‘I wanted to explore the power dynamic between the sexes’ 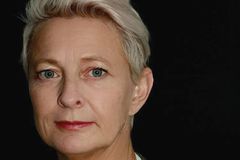 John Boyne: ‘I always have a novel on the go’ 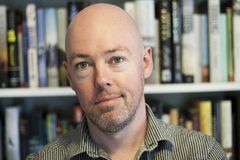 Laurie Gelman: ‘For goodness sake, don’t log on to the WiFi!’
Follow us on Twitter @globeandmail Opens in a new window
Report an error Editorial code of conduct
Due to technical reasons, we have temporarily removed commenting from our articles. We hope to have this fixed soon. Thank you for your patience. If you are looking to give feedback on our new site, please send it along to feedback@globeandmail.com. If you want to write a letter to the editor, please forward to letters@globeandmail.com.
Comments