Yves Beauchemin, now elderly, is a literary superstar in Quebec. His 1981 novel, Le Matou (The Alley Cat), is still the bestselling Quebec novel of all time, and was made into a movie of the same name in 1985. He has often been praised for taking a 19th-century approach to the novel, with the panoramic canvas and societal critique of a Balzac or a Dickens. His newest book to be translated into English, The Accidental Education of Jerome Lupien (from the 2016 Les Empocheurs), promised to be just that: a highly critical romp through the corridors of corruption in the provincial government of Quebec. Its premise – a young ambitious man who gets seduced by the high wages of a lobbyist into participating in a crooked development scheme – seemed so promising to so many critics (including me) who have been longing for a novel of power and privilege to compete with the stories of intimate suffering this country has already so well mastered. It disappoints.

The story does paint a bleak and cynical picture of contemporary Quebec. A recent university graduate finds himself ripped off in two successive frauds – first, a hunting scam in which he is deprived of a valuable set of moose antlers, then a used-car con. His naïveté will not last. On a holiday in Cuba, he steps in to save a young Québécois man from violence – and so gets involved in the young man’s powerful family, the wealthy lobbyists. He accepts a comfortable salary from them and gets asked to do increasingly unsavoury things, culminating in sleeping with a provincial cabinet minister to obtain secrets and influence. He struggles with his morality but is seduced by the comfortable life he is offered. The major corruption that the novel turns around is predictably in the construction industry: When the Prime Minister of Canada, Sydney Westwind (“flanked by his Heritage Minister, Chuckly Coleslaw”), announces that vast amounts of government money will be spent on a new federalist Museum of Canadian Culture in the French Language, it is seen both as an affront to Quebec nationalism and a boon to a cartel of developers, who will divide up the funds among themselves and ensure massive cost overruns. When our hero Jerome finds that he has been betrayed by the lobbyists, he vows to expose their schemes.

The secondary plot involves Jerome’s unbelievably successful love life – he is so attractive to women that every one he encounters (all “voluptuous” and “provocative”) throws herself at him, usually suggesting sex within a few hours of meeting. Aside from being handsome, Jerome exhibits no intellect or charisma or accomplishment that might explain this. (Indeed, he is usually in a state of high anxiety.) He sees most of these women with some disdain, dismissing them as being too fat or too old, reluctantly bestowing his sexual prowess on this inevitably grateful populace. The sex itself is described with a frustrating vagueness – it lasts five hours or five times, and is blissful for all concerned, but what Jerome actually manages to do between the sheets is the kind of detail Beauchemin likes to skip over.

There is one woman Jerome finds more interesting than all the rest – the tall blond dietician Eugenie, a single mom with a cute little daughter Jerome longs to be a father to. Eugenie does not actually say anything that makes her seem more interesting than all the others, but we are told that she is. The only thing in the story that makes Jerome really reconsider his involvement with the lobbyists – his only real jeopardy – is when they try to come between him and Eugenie. Otherwise, he is never in any danger.

This novel suffers from pervasive vagueness. Meals are described as excellent; hotels are luxurious. What exactly Jerome does all day for his employers is not detailed. Then the very rare concrete detail is laboriously explained: A desk is “… encrusted with bronze figurines, a gleaming symbol of the family’s prosperity.” Was there really no editor willing to convince Beauchemin that the last clause of that sentence was unnecessary?

Clichés in the narration – “He hadn’t seen him for donkey’s years … He was drinking in his every word … He decided to throw caution to the wind …” – are not translator Wayne Grady’s fault; the original is laced with equivalent French expressions. But I do wish Grady had chosen slightly more current idioms to replace the lazy phrases. Does any young person speaking English today, even in Quebec, ever say “My lad” or “For crying out loud”? 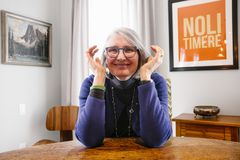 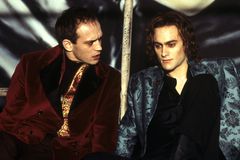