Every couple of years, someone issues a new plea for a greater diversity of subject matter in Canadian literature; recently, it wasn’t even me. André Forget, editor of a literary magazine called The Puritan, wrote just such a manifesto for a new kind of Canadian novel, published in The Walrus in October, and it was widely circulated and debated among literary people. The piece was called “The Search for the Great Canadian Novel” and subheaded “Our national life is exciting, dramatic, and unpredictable. Why don’t more Canadian novelists write about it?” It makes a familiar argument about a lack of ambition amongst our novelists to describe power structures from the inside – that is, the lives of the actually influential. It is another call for the “novel of society” – a story that would be a “three-dimensional portrait of our present-day national consciousness.” Three-dimensional here means involving more than one social class.

Of course, such manifestos always have their detractors, for the obvious reason that a call for one particular kind of story always seems to disparage or exclude other sorts that can be just as exciting, and none of us would want a uniform literature of any stripe. And yet, I still think that critiques of general fashions are always worth entertaining. And now I am curious to compare Forget’s request with the tastes represented by the prize season that has just ended: Are the Canadian novels that have recently been celebrated as our best still stuck in the domestic, or is there a new encyclopedic ambition afoot? My answer is that the best place to look for the novels of society is not in our English award-winners, but in those of another language.

Tom Wolfe made a similar lament against the American novel in a notorious complaint in 1989. And I have been saying something similar about the strictures of the domestic and provincial in Canlit for years. I share Forget’s puzzlement at our collective embarrassment about privileged people.

This is common across countries. Nostalgia for the great novelistic ambition of the 19th century – the heyday of the novel as popular entertainment – will always be with us. It is often said that 21st-century novels are not as satisfying as 19th-century ones were because they don’t show how the archbishop was swayed by the cardinal or how the marquis’s servant helped start the revolution; they don’t show us the grand sweep of the society. Instead, they talk about helpless people far from power. This can be moving but does not address the causes of social or political problems.

“Why is it,” Forget writes, “that Canadian publishers regularly churn out books about down-and-out Maritimers but not a single significant novelist has written about the Irving family’s almost feudal control of Atlantic Canada’s economy?” We end up reflecting a world of downtrodden people who seem buffeted by completely inhuman and inexplicable forces: “Our fiction,” he writes, “is filled with courageous survivors battling abstract forces, with hardly a perpetrator to be seen.”

We have a few such ambitious novels in our history, Forget says – those of Hugh MacLennan and Robertson Davies, for example, or Solomon Gursky Was Here, by Mordecai Richler (about a thinly-disguised Bronfman clan). But other countries continue to do this much better. His favourite example is Marlon James, whose novel A Brief History of Seven Killings offered a panoramic view of corruption and political competition, including communists and CIA agents, in Jamaica in the 1970s.

But the Giller prize was awarded after Forget’s essay appeared. One has to ask, what would Forget do with Esi Edugyan, whose historical novel involved both slaves and aristocrats? Does it count as a novel of society? Probably not: Forget says novels set “far enough in the past to avoid offending anyone” don’t meet the bar. As for Kathy Page’s Rogers Writers’ Trust Prize winner and Sarah Henstra’s Governor-General’s Award winner, they don’t become “novels of society” either – not one character in either book is from outside a narrow social milieu.

I’m guessing Forget would approve of Randy Boyagoda’s new satirical political novel Original Prin, which involves a Toronto academic who becomes an aspiring suicide bomber in the Middle East, after conflict with some unscrupulous condo developers in Toronto. Significantly, this book was not noticed by any of the prize juries this fall. We’re still just not that into that kind of setting.

Forget points to Quebec literature as being more interested in such novels about “the structures of power.” A recent thriller by Louis Hamelin about the October Crisis is an example. I will point to another: The Accidental Education Of Jerome Lupien, a big novel by the popular Quebec writer Yves Beauchemin, in a translation by Wayne Grady (recently published by House of Anansi). It is a sprawling and picaresque story of a guy who gets mixed up in the famous corruption of the construction industry in that province. It features a crooked lobbyist – exactly the kind of secret power-broker Forget longs to see portrayed. This book is not an artistic experiment or even a real aesthetic experience – it’s written in rather stolid 19th-century language. It’s just a yarn. You read it to find out what happens.

So here’s an addendum to Mr Forget’s rather pessimistic piece: In order for English readers to have access to this welcome strain of high-finance, high-stakes story, they need to be able to see more of Quebec, and that means that the books must be translated. It’s time for our anglophile self-absorption to end. Perhaps given the Giller-shortlist success of Eric Dupont’s Songs For The Cold of Heart, that door will open just a crack wider and Anglo Canadian publishers will make more of these acquisitions. They might just be what a jaded mainstream readership might yearn for.

Margaret Atwood writing sequel to The Handmaid’s Tale, to be published in 2019 Subscriber content
November 28, 2018 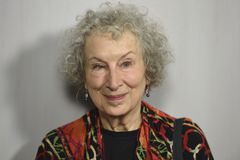 Canadian sociologist was among the last of the ‘New York Intellectuals'
November 21, 2018 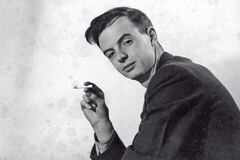 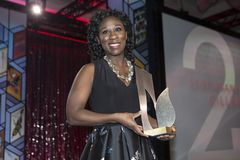