This isn't the first time that Hollywood has turned to the Bible in troubled times. The late Mike Nichols had a comedy routine with his partner Elaine May, mocking the 1950s biblical-movie craze, in which May played a talk-show guest who boasts about her upcoming role in a "life of God" titled The Big Sky. That was back when Hollywood was fighting the encroachment from the world of television, by offering what TV couldn't: colourful widescreen spectacle, grand themes, sin and action. In the contemporary era, when new stay-at-home entertainment options have again threatened the movie industry, the studios have fought back with blockbuster 3-D comic books.

Like the biblical movies, they involve the difficult moral decisions of those who are supernaturally endowed, allowing for lots of sententious talk and ooh-and-ahh-inspiring special effects. It was only a matter of time before we got the Bible-epic/serious-comic-book hybrid. Exodus is the second this year, after Darren Aronofsky's Noah. The 3-D movie Exodus: Gods and Kings stars Batman himself, Christian Bale, as the tunicked crusader Moses, determined to free his people from the dark forces of oppression.

The controversy that has swirled around Exodus: Gods and Kings, is not, as you might imagine, about cartooning the Bible, or that Moses is played by an actor named Christian. It's about the number of white actors in key roles, representing Middle Eastern and African characters. While the pale skin tones (bronzer is selectively applied) and haphazard mix of American and British accents is distracting, it barely scratches the surface of Exodus's ungainly artificiality.

We begin with the usual Bible movie set-up – gym-ripped men in skirts and eye makeup, scowling and making lofty pronouncements. Bale first appears onscreen as the already grown-up Moses, a bluff general residing in the palace of the ailing effete pharaoh Seti (John Turturro). Moses has both a sibling bond and rivalry with the pharaoh-to-be, Ramses (Joel Edgerton). In an early battle against the Hittite hordes, Moses saves Ramses's life, earning Seti's special favour while sewing the seeds of Ramses's future enmity.

Soon after, Moses pays a visit to the massive construction town of Pithom to check out trouble among the Israelite slaves. An ahead-of-his-time rationalist who rolls his eyes at the religious kooks in the Egyptian court, he's rattled when he's informed by Jewish elder Nun (Ben Kingsley) that he's the prophesied Jewish deliverer. The secret gets leaked to the corrupt, effeminate viceroy (Ben Mendelsohn), who helps push Moses into exile. He heads to the Hebrew community of Midian, where he becomes a shepherd and marries the tattooed beauty Zipporah (Maria Valverde), and where he discovers his mission.

So far, almost by the Book, but the script, credited to four writers (including Oscar winner Steve Zaillian), is anachronistic and almost comically clumsy. Ramses's response to Moses's request to let his people go: "From an economic standpoint, what you suggest is problematic to say the least."

The awkwardness is a product of director Ridley Scott's design, an attempt to present an ambiguous quasi-historical take on the Bible. Each of the miraculous events in Exodus is treated with a sort of double bookkeeping, one foot in revelation, the other in reason. Thus, Moses's first encounter with God is presented as a possible hallucination brought on by a head injury in a rock slide. When Moses comes to, the Lord speaks to him in the form of an angel, a petulant 10-year-old English schoolboy (Isaac Andrews), so bloody-minded he might have stepped out of William Golding's Lord of the Flies. Or, rather, in a busy 10-minute montage of computer-generated atrocities visited on the Egyptians, he's the Lord of the Blood, Flies, Frogs, Locusts, Boils and Death of the First-Born children.

One of the profound mysteries of Exodus (the movie, not the Bible book) is who the intended target audience is for this grandly engineered bombast. Faith-based groups will need to tune out the movie's skepticism, along with the director's professed atheism and Bale's assertion that Moses was probably "schizophrenic." Action fans don't get much more than a Ben Hur-like sequence of chariots tumbling off narrow mountain trails – the thrills are well-spaced out over the film's 150-minute running time.

In the movie's climactic moment, when the massive CGI sky darkens and whirls, when the walls of water rise in front of Israelites on the shore and the pharaoh's army behind them, the viewer's thoughts are not raised to the Big Sky, just bombarded by a large screen full of moving pixels. 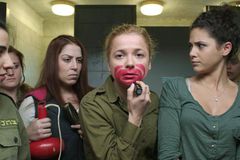 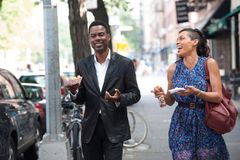 Film Review
Like Cumberbatch, The Imitation Game is uncomplicatedly likeable
May 12, 2018 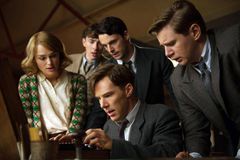 Film Review
The Decent One: A self-portrait of evil in the face of Heinrich Himmler
May 12, 2018 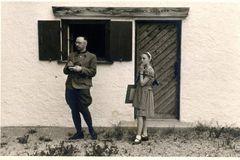 Follow Liam Lacey on Twitter @liamlacey
Report an error Editorial code of conduct
Due to technical reasons, we have temporarily removed commenting from our articles. We hope to have this fixed soon. Thank you for your patience. If you are looking to give feedback on our new site, please send it along to feedback@globeandmail.com. If you want to write a letter to the editor, please forward to letters@globeandmail.com.
Comments