Trauma and grief hit different people in different ways. Some of us, if our fiancée went down in a hail of bullets during a terrorist attack on a tropical beach, would spend the next 18 months in a darkened room weeping and battling nightmares. Others would learn several Middle Eastern languages, memorize the Koran, infiltrate the terrorist cell that killed her and come so close to taking out its leader that the CIA would have no choice but to come calling.

Meet Mitch Rapp (Dylan O'Brien), the hero of American Assassin, an action thriller in which plot, character and theme also go down in a hail of bullets, along with many, many bad guys and some innocent bystanders, too.

Recruited to the CIA by a cool-headed lady boss (Sanaa Lathan), Mitch is trained by Stan Hurley (Michael Keaton), a hardened operative who is deeply suspicious of the newbie's motivations: In one amusing simulation exercise he toys with his student by continually inserting the terrorist leader's mug into the VR landscape.

The details of training may be nifty – the agents also do an entertaining exercise in a simulated IKEA showroom, which is the source of the half-star at the top of this review – but Hurley's point is simply that killing foreign agents must never be personal; a CIA assassination is a professional job.

Mitch fumes but toughs it out. Hurley threatens to can him but doesn't. In other words, there is a large amount of macho posturing as American Assassin offers you two competing philosophies that are equally unappetizing: cold-hearted, government-sanctioned professional killing or hot-blooded vigilante professional killing.

Yahoo. Off Mitch goes on some incomprehensible mission to stop Iran from getting black-market nukes from some psychopath (Taylor Kitsch) who doesn't even have the decency to be funny. The screenwriters – it took four of them to adapt Vince Flynn's novel of the same title – may be able to follow the details but, as the body count rises, viewers may have problems figuring out who is who, let alone what is why. An early scene with Kitsch's embittered but otherwise nondescript villain, who carries the unfortunately apt name of Ghost, has him so disguised by stubble and tuque that he is easy to confuse with good old Mitch himself.

Cars race, things explode and people die, and director Michael Cuesta can help neither his audience nor his cast. O'Brien and Shiva Negar, playing another agent as a truncated and implausible love interest, offer unremarkable performances and Keaton is execrable, full of tough-guy grimacing as Mitch's trainer and eventual boss in a performance that culminates in a laughable scene where he gleefully withstands getting his fingernails pulled out.

And then, as the movie tries to unite Hurley's and Mitch's points of view into some vision of professionalism with heart – that is, a licence to kill mandated by righteous justice – along comes an ending to blow them both out of the water.

Nuclear Armageddon is averted but not before a massive explosion at sea that takes out many American sailors in a scene that must surely be the most painfully obvious example of CGI to have graced a movie screen since the 1990s. It won't worry us suckers out in the audience, however, because our heroes and our movie stars are all safe and sound: none of the sailors in question were established as characters before they were offed.

In other words, Cuesta and his crew eventually decide that a life only matters if you are personally acquainted with it; it's a Hollywood convention dating back to the westerns and many a crime movie but one which thereby defeats American Assassin's own chosen theme.

So much for right and wrong: This movie is not just badly executed, it's also stupid.

Film Review
Review: Mother! is a once-in-a-lifetime film, whatever that means to you 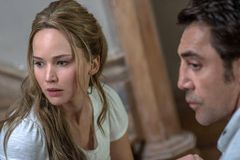 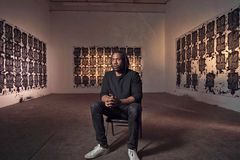 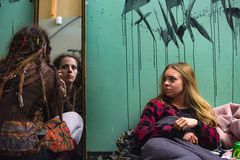