Those who know and love the Ridley Scott original will find themselves in familiar narrative territory as Denis Villeneuve's Blade Runner 2049 opens. Agent K (Ryan Gosling) is a blade runner, a cop assigned to find and "retire" rebel replicants. New versions of the androids have obedience programmed into them and are regularly tested for any emotional deviance, but there are still a few rogue Nexus 8s, manufactured without terminal dates, running around.

In early scenes, K hunts one such model and kills him. Back at LAPD headquarters, the cops discuss the dead target; a technician dismisses him as a run-of-the-mill "skin job" before mumbling sorry to another colleague who happens to be a replicant, too – just the way any office worker might apologize for a racist or sexist quip.

Like all good dystopian fiction, Blade Runner 2049 effectively crafts both its own world and its sharp commentary on ours with pointed analogies for our relationships with technology and with each other. The new film is the rare sequel that truly merits its existence, updating and expanding the themes of the 1982 original to bring them from the 20th century into the 21st. Yes, Blade Runner 2049 is one hard-working and deep-thinking replicant.

K hunts obsolete androids for a chilly lieutenant he calls Madam (Robin Wright), a functionary dedicated to preserving the hierarchy of human over machine. When not on the job, he lives with his on-again, off-again girlfriend Joi (a clever performance from Ana de Armas) in a role-playing relationship that says much about the movie's themes – and in a chiaroscuro-soaked apartment highly reminiscent of that once inhabited by Harrison Ford's Rick Deckard.

The film is filled with similar nods to the original, from a cast of similar characters and a satisfyingly complex continuation of the story dreamed up by screenwriters Hampton Fancher and Michael Green to the witty design elements – another Aztec palace, another transparent plastic raincoat.

Sweetly, Villeneuve and crew maintain the paper photographs that were important talismans in the original but which, watching the 1982 movie today, now appear as one of its few futuristic bloopers. Loosely based on the 1968 Philip K. Dick novel Do Androids Dream of Electric Sheep? and set in 2019, the original Blade Runner did feature a rather quaint insistence on space travel, but got many other things right, most notably the disastrous results of climate change, the ethical dilemmas of cloning and genetic modification, and the potential power of artificial intelligence and robotics.

Thirty years after the events of the original film, Tyrell Corporation's mistakes with immortal replicants have forced it into bankruptcy, but the genetically-modified-food giant Wallace has moved in to replace it as the overweening corporate power ready to conduct dastardly experiments. Replicants are now more deeply embedded in society than ever, harder and harder to distinguish from real humans. Meanwhile, entertainment, companionship and even food can be provided by holograms, and it still rains continually in Los Angeles, except when it snows.

A discovery on the farm where he kills his first target leads K to uncover a secret about Deckard and Rachael, the beautiful replicant with whom the original blade runner exited at the end of the original film by stepping into an elevator or fleeing into nature, depending on which version you prefer to take as canonical. So K goes looking for Deckard, and it's no secret that Ford reprises that role. Everything else, on the other hand, is top secret, as the filmmakers issued press a long list of spoiler rules, forbidding the most basic plot and character elements.

No matter. In Blade Runner now and then, atmosphere is everything, and Villeneuve is a master of the steam-punk, space-junk, neo-noir esthetic that drives both films. With Dennis Gassner on design and Roger Deakins on cinematography, the director's approach is additive, enriching as he goes. The sly use of contemporary corporate logos now includes not only Coca-Cola, but also Sony and Peugeot. The setting is expanded beyond the streets of Los Angeles to observe several other blasted landscapes, including a Dickensian orphanage, while the radioactive ruins of the old city now feature a remarkable Art Deco pleasure palace where Deckard is holed up.

Dutifully playing his generational part, Ford emerges powerfully, but soon the actor appears merely confused by events in which he is cast in a largely passive role. Up to this point, Villeneuve has skillfully measured out the violence, tipping his hat to Scott's plaster crashing and finger snapping as he goes, but the film culminates in a rather conventional escape sequence in a submerged car that could have been pulled from any number of action movies.

Certainly, some of the director's work reaches for effects it doesn't achieve. There's a numbing plethora of flying cop cars speeding through L.A.'s perpetual gloom, and as the new evil genius, the blind Niander Wallace, Jared Leto's attempt at a mad prophet is too stilted to sound chilling. The same goes for Hiam Abbass as a rebel replicant leader in an odd scene that feels more George Lucas than Ridley Scott. The new ensemble, yet another 35 years removed from the noir crime movies that inspired Blade Runner back in the 1980s, never manages the dialogue's deliberate and quietly menacing tone as successfully as their predecessors.

Thankfully, on the much-expanded distaff side, there is also Sylvia Hoek's excellent Luv – she's the Rachael to Wallace's evil CEO – who doesn't merely back up her boss but actually does his dirty work, assuming the mantle of villain with cool authority. And reprising the still-waters-run-deep loner of the kind he mastered in Drive, Gosling's sparse yet sympathetic screen presence is particularly well-suited to playing the new Deckard, giving the figure of the isolated cop a quieter, more contemporary brand of machismo.

Villeneuve has successfully enlarged the Blade Runner canvas, creating a film that goes new places and asks more questions as it wonders what marvels and horrors humanity and technology might have in store for each other. 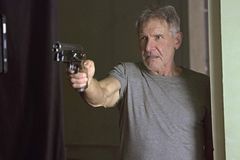 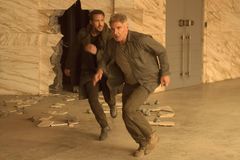 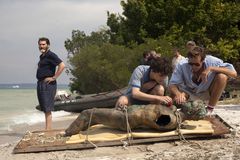 TIFF’s next act: The inside story of how the Toronto International Film Festival got too big and lost its way Subscriber content
January 30, 2018 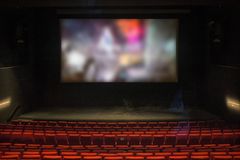 Blade Runner 2049 is 'an experiential opportunity': Harrison Ford 1:42
October 3, 2017
Follow Kate Taylor on Twitter @thatkatetaylor
Report an error Editorial code of conduct
Due to technical reasons, we have temporarily removed commenting from our articles. We hope to have this fixed soon. Thank you for your patience. If you are looking to give feedback on our new site, please send it along to feedback@globeandmail.com. If you want to write a letter to the editor, please forward to letters@globeandmail.com.
Comments