Only the Brave is a movie about municipal firefighters battling wild fires in Arizona and its first act is mainly concerned with whether this group will be accorded federal recognition as an elite "hotshot" crew. There is something almost amusingly tangential about this plot line, as a movie supposedly concerned with life, death and natural disasters busies itself with the details of federal-municipal relations and funding formulas for emergency services.

As they adapt the true-life story of the Granite Mountain Hotshots for the screen, writers Ken Nolan and Eric Warren Singer have a particular challenge: When it comes to battling forest fires before they encroach on towns, there are only so many fresh scenarios you can dream up. Mainly, wildfire fighting deploys a team of men with shovels, chainsaws and flame throwers to clear a line of all vegetation to halt a fire's progress.

In the hands of director Joseph Kosinski, it's informative and exciting watching these guys at work, but something else is going to have to happen on-screen and in Only the Brave, that something else is often feeble: The federal recognition subplot is accompanied by a cliched redemption story and a minor marital drama. Of course, those afflict the leads; the supporting characters are, for the most part, depicted as a group of hard-working young men happily ensconced in marriage and fatherhood. In short, these guys seem a whole lot smarter about smoothly combining firefighting with domestic life than their movie is.

His grizzled machismo and best Jeff Bridges imitation securely in place, Josh Brolin plays the irascible-but-stalwart crew leader Eric Marsh. The real Jeff Bridges, aging gracefully, plays the wise old division chief Duane Steinbrink. And an implausibly sweet Miles Teller is cast as new recruit Brendan McDonough, supposedly a drug addict to whom the gruff-but-humane Eric offers a second chance. Cinematographer Claudio Miranda provides spectacular views of trees, fire and men, creating the film's most beautiful moments, but on the human side, it is Jennifer Connelly who offers the strongest scenes with her angular approach to Amanda Marsh, a dedicated horsewoman increasingly dissatisfied with her husband's physical and emotional absence.

The Marsh's story holds some interest, but Brendan's tale of young fatherhood and addiction recovery is movie-of-the-week material and ultimately there isn't enough going on in any of these plots for Kosinski to pull off a difficult ending. At its best, the script is relatively honest about the macho culture surrounding the firefighters – the guys swap barroom tales while Eric refers to one fire as "the bitch" – but it also suffers from some lazy sexism itself: the movie's nadir is the gag-inducing moment when Andie MacDowell, in the role of Steinbrink's wife, tells Amanda, "It's not easy sharing your man with a fire."

As wildfires rage in both California and Portugal after a bad summer in the forests of British Columbia, Only the Brave might seem like a highly topical film. But it's not one that ever gives any context for forest fires, nor even manages to fully explain the difficult choices the real Eric Marsh faced. It's a movie intent on telling us the hotshots were heroes, without sufficiently dramatizing either their professional decisions or their private lives.

Film Review
Review: Breathe is a touching story, if a tad predictable 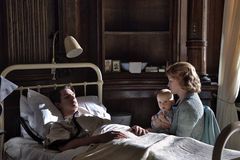 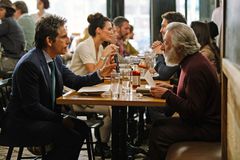 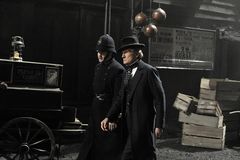