The Body Remembers When the World Broke Open

There is an immediately beautiful moment in Elle-Maija Tailfeathers and Kathleen Hepburn’s new film, The Body Remembers When the World Broke Open, where the lead character Rosie (Violet Nelson) sits at rest, in a state of anxious calm, listening to Joni Mitchell’s Little Green. She is in the home of Áila (Elle-MaijaTailfeathers), a woman who had encountered Rosie barefoot in the rain, standing still, pregnant and bruised, just across the street from the shouts and violence of her abusive partner in East Vancouver. (Opens Dec. 13 in Toronto)

At the turn of the century, the young William Lyon Mackenzie King battles his controlling mother, a crisis of nationalism and his own repressive urges to fornicate with footwear in a desperate bid to become prime minister of Canada. Matthew Rankin’s hilarious and unbridled debut The Twentieth Century is a national treasure, boasting incredible cinematic compositions and stylized set pieces, while delivering a magnificent burn of Canadian identity politics and manhood. (Opens Dec. 13 in Toronto, Dec. 20 in Montreal, and Jan. 11 in Winnipeg)

6 Underground, Michael Bay’s first film away from the traditional studio system and his best action movie in more than a decade, is a riotous and gleefully delirious assault on the senses. It is vulgar. It is absurd. And it is completely enthralling. Starring Ryan Reynolds, the tale of rogue agents trotting around the globe wiping out dictators and installing their own regimes is peak Bay, in the best possible sense. (Available to stream on Netflix starting Dec. 13)

Jumanji: The Next Level

Jumanji: The Next Level reunites the cast from Jumanji: Welcome to the Jungle back together. While conceptually, it’s the same movie (they have three lives to beat Jumanji or they are trapped in the game), the circumstances are different enough that it doesn’t feel like too much of a cheap attempt at a sequel. The Next Level works precisely for the same reasons why Welcome to the Jungle did. It’s never boring, it’s genuinely funny in a way that’s family friendly but still clever, and the cast’s chemistry is outstanding – it just works. (Opens Dec. 13)

A warning comes affixed to the opening of Erik Anderson’s bluntly titled My Thesis Film: A Thesis Film by Erik Anderson: “This film was made entirely without the support of the Canadian film industry.” Anderson’s three-chapter-plus-prologue epic is a frequently challenging, often hilarious, sporadically frustrating and consistently furious attack on a cinematic landscape that its director views as stagnant. This film is angry – seething in its irritability, really – but it is also inventive, tenacious and fearless. (Opens Dec. 13 at Dollar Cinéma in Montreal)

As Richard Jewell, the Atlanta security guard who was wrongly suspected of being responsible for the deadly 1996 Centennial Olympic Park bombing, Paul Walter Hauser is a fully realized personification of stunted male inadequacy and thwarted expectations. With his tightly controlled physicality and deeply sincere line readings, Hauser nails all these contradictory elements and impulses. Actually, he might be the only reason to seek out Clint Eastwood’s Richard Jewell – its quick construction and sour conceit reek of the director’s worst latter-day tendencies. (Opens Dec. 13)

Bruce Sweeney’s eighth feature Kingsway concerns the love and sex lives of three neurotic members of the Horvat family living in Vancouver who decide what they want from relationships after the youngest child, Matt, discovers his cruel wife is having an affair. Unfortunately, the film gets lost in the myopia of Matt’s cuckledom, sidelining the far more interesting mother-daughter duo. (Opens Dec. 13)

Three streaming films to keep on your radar this weekend: Marriage Story on Netflix, The Breadwinner on CBC Gem and Long Shot on Amazon Prime Video. Read Barry Hertz’s reviews of the films here.

This weekly guide was compiled by Lori Fazari, with reviews from Sarah-Tai Black, Sarah Hagi, Barry Hertz and Chandler Levack.

Film Review
Your guide to this week’s film openings, including the devastating Marriage Story, heartwarming A Beautiful Day in the Neighborhood and cold-as-ice Frozen 2 Subscriber content
December 30, 2019 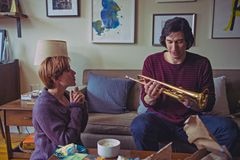 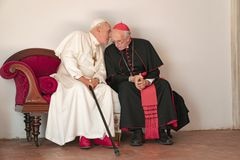 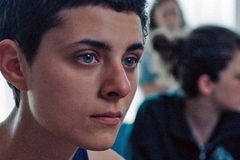