New this year, for 2017's Toronto International Film Festival: long stretches of brightly coloured tape running along the floors of the TIFF Bell Lightbox, in place, I presume, to keep patrons shuffling in the right direction as they file in/out of cinemas to take in this year's program of bland studio awards bait, precertified arthouse fare and tennis movies. In practice, however, it mostly makes the floors of the Lightbox look like a nineties Klasky Csupo cartoon or the logo for In Living Color or an old Vuarnet windbreaker. Which, I gotta say, is fun. And when it comes to TIFF, I'll take fun where I can get it.

For this correspondent, the first day of TIFF 2017 felt relatively calm. I started with a hearty breakfast of eggs and grease at Zupa's (one of downtown Toronto's last unfussy diners, and one with free WiFi, and also TIFF-adjacent, making it one of the best-kept secrets in the festival's environs). After a subsequent trip to the area's most tastefully appointed public toilet (a best-kept secret I'll keep to myself, lest the popularity of the toilet blow up, leading to lengthy lineups, a media frenzy, countless journalistic exposés, an eventual "inspired by true events" movie adaptation that tells the story of days when the toilet was king etc.), I slipped into festival mode with Finnish master Aki Kaurismaki's The Other Side of Hope.

It tells the story of a Syrian man who stows away to Finland aboard a freighter and struggles to integrate into society. He is given a leg up by a snarling and somewhat hapless restaurateur. Aesthetically, Kaurismaki's films remind me of a quiet bar in a train station near Osnabruck in Germany where I once enjoyed a beer – a place where the old ruddy red bricks reflected the sunlight in such a way that they themselves seemed to be gleaming, and everything was sort of subtly radiant and refreshingly okay-seeming.

Anyway, the lesson of the film is that you don't even have to be particularly nice or an obviously Good Person to help others out, and that a sense of charitable fellow-feeling is a thing that precedes personality, and that caring about people is just something that one does, without really thinking about it at all – which is a good lesson, I think. It was the perfect film to start off a lengthy and arduous (in as much as watching movies and interviewing celebrities and drinking free beer for a week can be said to be arduous in any meaningful way) film festival: a movie that puts a spring in one's step.

Predictably, such good cheer had curdled by about 10 p.m., when the annual opening-night "soiree" got under way. It's always a who's who of local government functionaries and C-list Canadian actors you vaguely recognize from Home Depot commercials. But it's free and there's food and it's nice to run into people you usually only run into at that exact party, despite all the well-meaning but ultimately empty promises to "hang out again soon some time."

In my younger, freer, more demonstrably vulgar days, I'd scam my way into this affair – twice by literally just walking in, sans invite – stash my bulging backpack under some stairs, hunker down near some hors d'oeuvre and slam free Grolsches until I felt I had sufficiently taken advantage of all the pomp and circumstance. Now, in my 30s and in possession of a suit jacket, I take the time to go home, shower, shave, dress up as I might for the wake of a loved one, and try my best to pass for a member of Toronto's film-viewing elite.

It is tiring (though again, all the free booze and devilled eggs and celery slices served in miniaturized Chinese-food takeout containers helps lube the proceedings) and it invariably narrows toward huddling with three or four people I genuinely like and gossiping and snarking about the hacks and hucksters that we hate, while expressing a general contempt for the party itself, even though we're all at it, totally voluntarily. This is what one is expected to do when wearing a suit, right? Be very mean? So much for the radiant humanity of Mr. Kaurismaki. 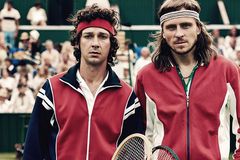 TIFF 2017: How Toronto’s Ritz-Carlton readies for an influx of A-listers
September 8, 2017 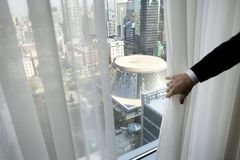 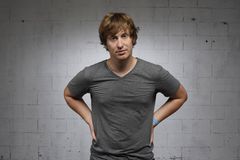