There are approximately 53 reasons why The Big Sick is the year's most remarkable comedy.

No. 8, for instance, is the fact the production is a wholly original comedy in a year that's been dominated by crudely conceived spins on tired intellectual property (Baywatch, CHIPS and, shudder, the forthcoming Daddy's Home 2). No. 24 is a legitimately powerful, heart-rending performance from Ray Romano, of all people, who merits serious Oscar consideration come awards season (guys, stop laughing). Coming in hotter at No. 2 is the film's Pakistani-American leading man, an unprecedented bit of casting for any Hollywood production, let alone a rom-com, the whitest of white-bread genres.

"It was never super messy between the two of us while we were writing it," says Gordon, 38, tucked away in a Toronto hotel room this week, Nanjiani at her side. "We had our disagreements, but we were getting our drafts just shredded every few months by [producer Judd Apatow], so we couldn't be too precious about anything."

"It was good because we were then rewriting each other's stuff constantly. Emily could write the first draft of a scene, I'd do a polish, then she'd do a polish," adds Nanjiani, 39, hardly taking his eyes off Gordon.

"Sometimes our computers were messy," she says.

"As we worked on the movie and realized the tone and the shape, everything became easier," he adds. "Because we knew these characters and this story."

That is an understatement. The Big Sick is literally the story of Nanjiani (playing himself) and Gordon (played by Zoe Kazan), a sweet-funny-sad tour through the pair's rocky courtship, which began in Chicago's stand-up comedy circuit, took a terrifying detour through the byzantine world of ER medicine and pivoted on the very real and incredibly tense cultural differences between Nanjiani's Muslim family (played by Anupam Kher and Zenobia Shroff) and Gordon's all-American clan (Romano and Holly Hunter). It is a relationship scrapbook writ large for the big screen, but more honest and painful than most couples would like to imagine their narrative. "We just did the DVD commentary, and watching the scenes, we still had disagreements about which character was in the right, which character is in the wrong," Nanjiani says. "It's complicated, and we didn't want there to be good guys and bad guys. Everybody is clearly just a person."

Indeed, Gordon comes off at times as irrational, almost perpetually indignant. And Nanjiani is somewhat of a cad, too wrapped up in his own life to accommodate others.

"I've talked to so many people who said that 'Emily' – you know, me – acts like a crazy person and is clearly in the wrong," Gordon says.

"And people come up to me and say: 'You know that early breakup scene, you were totally right there,'" Nanjiani says. "And I'm like, 'How can you think that? We purposefully wanted my character to be wrong!'"

So why lay bare the warts and misperceptions of your relationship for potentially millions of moviegoers? Well, because of Apatow. The super-producer known for introducing filmgoers to such under-the-radar comic voices as Amy Schumer, Seth Rogen and Lena Dunham first cottoned on to the couple's up-and-down story in 2012, when he appeared on a podcast alongside Nanjiani.

Although that may seem like a golden industry ticket, Nanjiani and Gordon then spent the next several years building up their story – only to start from scratch, over and over again.

"Nothing was considered sacred," Nanjiani says. "We have hundreds and hundreds of drafts. But you could always see the script getting better. … Judd may have been testing us. Can I actually say that?"

"Well, he never gave us deadlines. It was always up to us," Gordon says.

"I'm sure he works with tons of people and things just fall off. He won't pursue you. He's waiting for you to rise to the occasion."

Eventually, the pair did – "When we finally signed off and got [director Michael Showalter], Judd off-handedly said: 'I'm glad you guys stuck with this. Most people would've quit,'" Nanjiani recalls – and along the way their industry profile began to rise.

Gordon, who was a therapist back in Chicago, started producing Nanjiani's Comedy Central series with Jonah Ray, The Meltdown with Jonah and Kumail, and writing for such TV series as NBC's The Carmichael Show. Nanjiani parlayed small turns on series such as Portlandia into bit movie parts that were better than the films themselves (Central Intelligence, Mike and Dave Need Wedding Dates). After landing the fan-favourite role of Dinesh on HBO's Silicon Valley, it seemed natural that a lead film role would be next – and with it, perhaps, the weight of certain expectations from the Pakistani-American community.

"I never felt like it was my job to represent any one group of people. We wanted to tell our story, though I understand that in just us telling our story, that's kind of a radical move," Nanjiani says. "The only pressure I feel is that people go, 'Well, that wasn't my experience.' Well, yeah, but it was mine, and I hope there are other stories that reflect your lives, too."

"I'd love to have Matt Damon be asked that question," Gordon interjects.

"It'd be great if someone said, 'Hey, when's that movie with the brown lead guy coming out?' And people didn't know what movie they were talking about because it'd be, 'Which one?'" Nanjiani says.

Gordon, however, felt no such community expectations or burdens and insisted on staying behind the camera from day one. ("I would've just tanked this. I'm just not an actress," she says. "I wanted this movie to be good.") Which is how Kazan became the third partner in the couple's lives, at least for the duration of shooting. Sex, tears, anger and everything else – Gordon watched her life (or rather a cinematic embellishment of her life) replayed with Kazan in her stead. But, again, the couple survived any potential awkwardness, emerging stronger than before.

"Zoe and I became very close – we are fairly similar human beings," Gordon says. "It made things that could've been weird un-weird."

Now, though, there is more than the pair's relationship riding on The Big Sick. After scooping it up for a massive $12-million (U.S.) at Sundance, upstart Amazon Studios hopes it will help solidify its plans to take on the big Hollywood players. Fans of original comedy are crossing their fingers that the film will provide a financially healthy antidote to a summer of rote antics. Team Apatow is aiming to keep its winning streak alive. And audiences desperate for on-screen diversity are watching to see if the film can deliver a sea change in the industry.

Nanjiani and Gordon try not to trouble themselves with such concerns. Mostly, they just want audiences to experience the same emotional roller coaster they hopped on not too many years ago.

"When I watch this movie with an audience, it feels like at the end the audience is wrung out, emotionally," Nanjiani says. "That's great. I love that they're tired from feeling."

"It's like having a good cry – you just feel lighter after," Gordon adds.

"Wrung Out," Nanjiani says. "Maybe that should've been the title."

The Big Sick opens June 30 in Toronto and Vancouver before expanding across the country July 14. 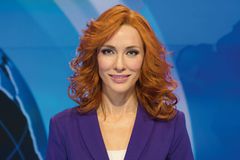 Director Edgar Wright’s jukebox vs. the world
June 22, 2017
In Sam Elliott’s slow-burning career, his golden years have been his hottest
June 22, 2017
Follow Barry Hertz on Twitter @hertzbarry
Report an error Editorial code of conduct
Due to technical reasons, we have temporarily removed commenting from our articles. We hope to have this fixed soon. Thank you for your patience. If you are looking to give feedback on our new site, please send it along to feedback@globeandmail.com. If you want to write a letter to the editor, please forward to letters@globeandmail.com.
Comments