At death's door, Gord Downie refused to sing about death.

On his final album, Introduce Yerself, the late singer-lyricist addresses the people and places that meant the most to him, among them his bandmates, Lake Ontario, his Indigenous acquaintances, his children, even his first girlfriend. This isn't the oblique poet his fans have come to know; his words are neither fancy nor cryptic. More personal than philosophic, he has left the meditations on mortality for others to do.

Read more: Gord Downie's swan song: How he made his final year count

Late in life, Mr. Downie took to kissing his friends and fellow musicians gently on the lips. Set to be released on Friday, the 23 songs of Introduce Yerself continue that tradition. Inspiringly intimate, they should be taken as the balladic and softly rocking last letters of a long goodbye.

Mr. Downie, the lead singer of the Kingston-bred rock band the Tragically Hip, died on Oct. 17 at the age of 53. After being diagnosed with terminal brain cancer in 2015, in the early goings of 2016 he visited the Bathouse, a house and recording studio owned by the band in Bath, Ont., just west of Kingston. There, on the shore of Lake Ontario, he wrote most of the lyrics, each song about a person.

The first batch of songs was recorded quickly. After that, the treatment and surgery he underwent severely affected Mr. Downie's memory. He was able to complete a short summer tour with the Tragically Hip. In February of this year, he completed the album's material (some of it co-written with Broken Social Scene's Kevin Drew).

On opening number First Person, he sings about advice given to him once: that what you do, is you. The album reflects that notion. Introduce Yerself is an altruistic farewell, reflective of a generous man.

The record is produced by Mr. Drew, a collaborator on Mr. Downie's Secret Path album, which was released in 2016 but recorded years earlier. The minimalist production and sparse arrangements are similar to the style of Secret Path, a song cycle inspired by the story of an Ojibwa boy who died in 1966 while running away from a residential school in Northwestern Ontario.

Mr. Downie's relationship with Indigenous people is revisited on Introduce Yerself with The North, the album's final track. The half-spoken song is intimately delivered and thankful to the people he met in Northern Canada. Against poignant piano notes, Mr. Downie repeats the phrase "kids without parents," a residential-school reference.

There is no way to know if all the songs were written before Mr. Downie's invasive surgery, but the title track alludes to his post-operation memory loss. He sings about tattooing the words "introduce yourself" on his hand, to show to anyone he once knew but could no longer recall. It is heartbreaking, but offered with such warmth and a smile that it relieves most of the sadness.

Because it was completed in Mr. Downie's final months, Introduce Yerself will be compared to the leave-taking LPs of David Bowie (Blackstar) and Leonard Cohen (You Want It Darker). But where Mr. Bowie flashed a cape and disappeared with a dramatic flourish and Mr. Cohen offered something of a prayer, Mr. Downie's kind-hearted sentimentality compares more closely with the folksy manner of Neil Young's Prairie Wind, recorded after the singer-songwriter's near-death experience in 2005. "When your summer days come tumbling down and you find yourself alone," Mr. Young sang on Here for You, "then you can come back and be with me."

And so, Mr. Downie bequeaths You Me and the B's to his younger brother, Patrick. The "B" stands for the Boston Bruins, the NHL team the two adored.

One of Mr. Downie's children is given Bedtime, a touching remembrance of a baby being put to sleep by way of a father's embrace and a rocking chair's rhythm. Another child is left with Spoon, about Hawaii and a Toronto concert by the American indie rockers Spoon.

We learn on My First Girlfriend that Mr. Downie's first love was sophisticated and six years his senior.

Ultimately, the album is about love. The bopping Love Over Money is written to (and about) his Tragically Hip brothers.

Mr. Downie reminds the rest of us that some day we're going to be gone as well, and leaves us with a life lesson. "Let's turn our faces to the sun and get whatever warmth there is," are among the album's final words. 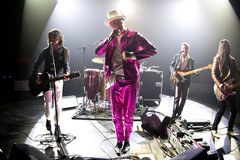 Gord Downie’s swan song: How he made his final year count
November 12, 2017 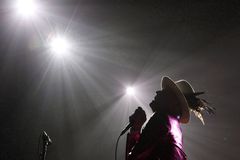 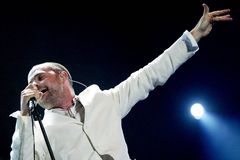 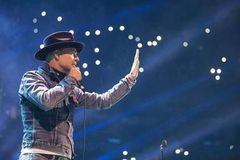 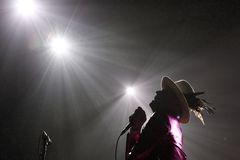