BCE Inc. and Telus Corp. report second-quarter numbers this week amid a stream of promotions and counter-promotions on wireless pricing that began in June when rival Rogers Communications Inc. launched new plans for mobile data.

All three national carriers have now introduced plans that eliminate overage fees – the punitive charges for going over monthly data limits – and also started offering device financing that allows customers to get the expensive new handset of their choice for $0 down.

Late last week, Freedom Mobile, the regional carrier owned by Shaw Communications Inc., countered with its own new deals on both data plans and the cost of smartphones. Freedom has long offered plans with no overage fees, but for a back-to-school promotion it moved to offer certain devices, including some high-end iPhones and Samsung models, for free with select monthly plans.

Some analysts called Freedom’s deals “aggressive” and noted that while the Big Three are experimenting with a model in which the customer eventually pays for the entire cost of a handset (which will reduce their capital costs), Freedom is trying to stand out by continuing to offer a smartphone subsidy.

The frenzy of changes in recent weeks means investors will be paying particular attention when BCE reports on Thursday and Telus posts its earnings on Friday. The pricing shifts will not be reflected in the second-quarter numbers, but analysts will be listening carefully to comments by top executives reflecting on consumer reaction to date and expectations for the rest of the year.

Rogers, which reported its own numbers last week, said it has seen strong demand for its new “unlimited” options (the company slows customer browsing speeds down after they hit monthly data limits), with 365,000 customers moving on to one of the new plans.

Still, the price changes and the financial impact of moving to device financing have all combined to create an uncertain outlook for wireless revenue and profit growth. That means the strength of the telcos’ other business lines – especially home internet and television – will be under renewed scrutiny.

Both BCE and Telus have invested heavily in fibre-optic upgrades to their residential divisions (which analysts refer to as “wireline") and are marketing the faster service as superior to their major cable rivals (Rogers is the main cable competitor for BCE in Central and Eastern Canada, and Shaw for Telus in the West) in a bid to win more subscribers.

“We believe wireline will be crucial to achieving financial expectations given the increasingly competitive wireless environment,” Canaccord Genuity analyst Aravinda Galappatthige wrote Friday in a research note on BCE.

He projected that BCE will report it added 20,000 internet customers in the second quarter, up from 13,000 in the same period last year, and hold steady on television additions with 21,000 new subscribers. “We believe as the year progresses, BCE will reap greater gains from its GTA [fibre-to-the-home] rollout.”

As for Telus, Mr. Galappatthige noted in an earlier report that Shaw has “become increasingly focused on regaining broadband [internet] share and has ramped up marketing efforts, specifically toward broadband-only households.”

“Even so, we believe that Telus can somewhat offset the increased marketing impact with the continued rollout of [fibre-to-the-home] to more Western Canadian communities,” he said, calling for Telus to add 25,000 internet customers and 12,000 television subscribers, both down slightly from the same time last year.

Yet, the wireless uncertainty still led Mr. Galappatthige to downgrade his rating on Telus last week, moving to a hold on the stock, down from a buy. He also has a hold on Rogers, noting that both companies have outsized exposure to the wireless market while BCE has a larger wireline business relative to its mobile division.

He said his concern with the stream of recent promotions, “is that it appears to have disturbed a level of equilibrium in the market and each player is now looking to counter their competitor, potentially leading to a different economic picture than perhaps originally envisaged by the incumbents.” 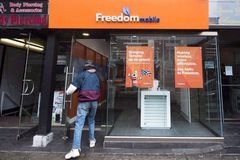 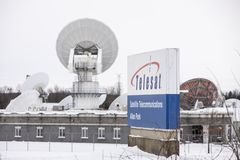