Australia’s St. Barbara Ltd. is buying Canada’s Atlantic Gold Corp. in a friendly transaction worth $722-million – more evidence of a resurgence in deal-making in the global gold sector.

Vancouver-based Atlantic owns and operates a small but very profitable gold mine in Nova Scotia.

St. Barbara is paying $2.90 a share for Atlantic, about a 40-per-cent premium to the Tuesday closing price. In addition, shareholders will receive the equivalent of 5 cents a share in a spin-off company that will hold Atlantic’s equity stake in Velocity Minerals Ltd., a small development stage company.

St. Barbara is funding the deal through a mix of cash on hand and proceeds from an equity issue.

In an interview, Atlantic’s chief executive officer Steven Dean said there was "a good deal of interest from a number of parties,” but that St. Barbara’s offer, which was almost all-cash, was particularly compelling.

The transaction value is “fair” and with a $25-million break fee in place the risk of a competing bid is low, PI Financial analyst Chris Thomson wrote in a note to clients on Wednesday.

Located about an hour’s drive from Halifax, Atlantic’s Moose River open-pit gold mine went into production last year. The property should produce about 95,000 ounces of gold this year at an all-in sustaining cost (AISC) of US$544 an ounce. With gold trading a little under US$1,300 an ounce, Atlantic’s margins are “tough to beat,” Mr. Thomson said.

Shares in Atlantic rose by 38 per cent Wednesday on the TSX Venture Exchange to close at $2.88 a share, just shy of the takeover offer.

In the past six months, deal making in the global gold sector has rebounded with the world’s two biggest gold companies striking multibillion-dollar transactions in a bid to remain relevant to investors after close to a decade of poor returns and dwindling reserves.

In January, Barrick Gold Corp. closed its US$6-billion zero-premium acquisition of Africa-focused Randgold Resources Ltd., which saw it add about a million ounces of production a year and bring in well-regarded operator Mark Bristow as its new chief executive officer.

Deal-making has also started to gradually filter down to smaller gold miners with Australian buyers in particular stepping up.

In March, Melbourne-based Newcrest Mining Corp. bought a majority stake in a British Columbia gold-copper mine from Imperial Metals Corp. for US$806-million. Newcrest’s chief executive officer Sandeep Biswas made it clear that he’d also consider buying mines that Newmont may put up for sale as a result of the Goldcorp deal.

Many analysts argue that M&A is most needed among Canada’s intermediate gold sector, with far too many companies chasing a shrinking pool of capital. While few deals of note have yet been announced, a number of investment bankers have told The Globe that some intermediate companies are exploring combinations. Last year, The Globe reported that Kinross Gold Corp. engaged in talks with Iamgold Corp., but no deal was reached.

GMP Capital Inc. analyst Ian Parkinson said in an interview that he wouldn’t be surprised to see more deal making in the Canadian mining sector but investors shouldn’t expect a rush of transactions. Considering the depressed valuations many mining companies are currently trading at, buyers can afford to be patient before pouncing.

“There’s no reason to be super aggressive,” he said.

“Pick your spots and find quality assets and go from there." 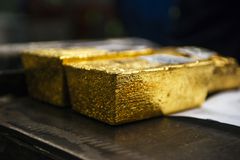 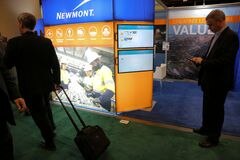 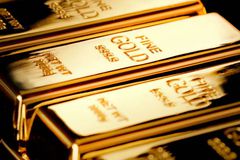