Blackstone Group Inc. and Thomson Reuters Corp. will have doubled the value of their equity in Refinitiv Holdings Ltd. in just 18 months if a takeover of the financial data provider by London Stock Exchange Group PLC is completed.

LSEG and Thomson Reuters said on the weekend they were negotiating a deal that values Refinitiv at US$27-billion, including debt. Refinitiv was created in 2018, when Thomson Reuters sold a 55-per-cent stake in its financial and risk division to Blackstone, the U.S. private equity company. Blackstone and its partners were making the bet they could put more financial terminals on bank, trading-house and hedge-fund desks around the world in competition with Bloomberg LLC, the market leader.

Thomson Reuters financial results show Refinitiv had debt and preferred shares of about US$14-billion at the end of 2018, leaving equity value in the potential deal of about $13-billion. Analysts say that pegs Thomson Reuters’s equity in Refinitiv at US$6-billion, up from US$3-billion when it announced the deal with Blackstone and its partners in January, 2018. Blackstone will have had a proportional gain.

Still, Thomson Reuters shares fell 3 per cent to US$68.30 on the New York Stock Exchange on Monday after it confirmed talks to sell Refinitiv to LSEG in an all-share deal that would transform the exchange operator into a larger provider of financial data. They had gained sharply on Friday in response to a report about the talks in the Financial Times. The parties have since acknowledged they are close to a deal. It could be announced as early as this week.

Despite potential gain if the deal is done, Friday’s price for Thomson Reuters above US$70 was overvalued, Canaccord Genuity analyst Aravinda Galappatthige said. Given a standard 13.5-times multiple of enterprise value to earnings before interest, taxes, depreciation and amortization, its Refinitiv interest would have to be worth US$11.5-billion to get to the current stock price, he wrote in a research note.

Meanwhile, a deal faces regulatory risk, including antitrust concerns. “And there is uncertainty associated with the transaction from a timing, currency and financial perspective,” Tim Casey, analyst at BMO Nesbitt Burns, said in a note to clients. Mr. Casey lowered his rating to “market perform” from “outperform.”

Thomson Reuters shares are up about 50 per cent since the company announced the deal with Blackstone and its partners, which include Canada Pension Plan Investment Board and Singaporean sovereign wealth fund GIC. Refinitiv cashed out of part of its divisions in April with a US$1.1-billion initial public offering of its Tradeweb electronic exchange.

The Refinitiv partners would own 37 per cent of the company and have 30 per cent voting control, LSEG said. Thomson Reuters would own about 15 per cent. The combined operation would have had annual revenue of US$7.4-billion in 2018.

LSEG shares jumped 15 per cent in London as investors welcomed the acquisition focus on financial data after failed attempts to acquire other exchanges around the world, including the Toronto Stock Exchange in 2011 and Deutsche Boerse in 2017. The latter deal, which was valued at US$31-million, fell apart after Britain voted to exit the European Union.

Rather than expanding trading capacity, the takeover of Refinitiv would allow it to capitalize on a digital transformation taking place in securities and commodities markets and rising brisk customer demand for advanced data and analytics.

“A successful deal here, subject to regulatory approval, would move the LSE into the position of being a market leader in market data and financial information, and the revenues that would generate, enabling it to take on the likes of Bloomberg, which has a huge presence in this area, and little in the way of direct competition,” said Michael Hewson, chief market strategist at CMC Markets in London.

It had already been moving in that direction, buying Russell Investments, an index provider and asset management company, for US$2.7-billion in 2014. Three years later, it acquired a fixed-income analytics and indexing business from Citigroup for US$685-million. 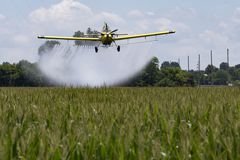 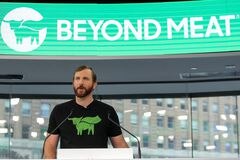 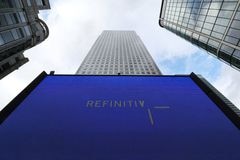