Canadian home prices should grow at a healthier pace in 2020 even if the economy faces some headwinds, according to a new report from Royal LePage.

The annual Royal LePage Market Survey Forecast predicts the aggregate home price will rise 3.2 per cent nationally and hit $669,800 for all home types. The national realtor predicts strong increases in prices in the Greater Toronto Area (4.75 per cent overall, with a 6-per-cent increase in condo prices and 4.5 per cent in two-storey detached homes) and more modest price recovery in Vancouver. Some segments of other major metro areas – Ottawa, Montreal and Halifax in particular – are also predicted to grow more quickly than the national average.

Prices have been on the rise in recent months after two slow years, dating back to the spring of 2017. The most recent numbers from the Canadian Real Estate Association (CREA) said November’s national home prices were 1.8 per cent higher than the year before.

“It’s been a very slow and difficult couple of years,” said Phil Soper, chief executive of Royal LePage, adding he has confidence in a strong spring market of 2020, with the second half of the year more murky and difficult to predict. Recent polling from the Nanos Research Group suggests a majority of Canadians fear a recession may come in the next year, although Mr. Soper argues that a slowdown – at least initially – might help home prices keep growing.

“A recession immediately affects house prices, a slowing economy not so much,” he said. “Paradoxically, a slowdown in the sustained and record-breaking jobs machine that Canada has been living with could actually act as a stimulus for the housing market because it could get the Bank of Canada on board with lower rates.”

Last week, the Bank of Canada maintained its key rate at 1.75 per cent, citing Canada’s economic “resilience” even in the face of global economic uncertainties.

Canada’s most expensive market is expected to see a modest improvement after prices reached 27-month lows in September. CREA’s October figures showed Vancouver’s prices were down 6.4 per cent, year over year. Royal LePage predicts an aggregate home price increase of 1.5 per cent for Vancouver in 2020, with the median condo price rising 3 per cent to $666,900 and the median home rising 1.25 per cent to $1,460,700.

“Vancouver is our twitchiest market, being our most expensive market. It’s also the market with the greatest influence from foreign investment and also the area that tends to be the most heavy-handed when it comes to government intervention … you tend to get harder swings up and down,” Mr. Soper said.

Royal LePage’s Newcomer Survey found new immigrants are expected to purchase one in every five homes sold over the next five years, with 75 per cent of the new arrivals come with savings to purchase a house. Mr. Soper also has confidence that millennials will begin buying more suburban houses, although affordability challenges in the largest metro areas may see them move to smaller centres.

In November, an even more bullish forecast from ReMax, calling for a 3.7-per-cent increase in home prices in 2020 pointed to some of Ontario’s smaller, more affordable markets for evidence of strong buyer demand. In 2019, London saw 10.7-per-cent increase in prices year over year, Windsor jumped 11 per cent and Niagara prices rose 12.9 per cent.

“The real estate market in totality for 2020 is on firm footing, and all indications are it’s going to be a stronger year than either of the previous two,” Mr. Soper said. 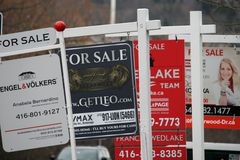 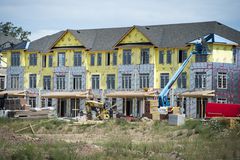 Follow Shane Dingman on Twitter @shanedingman
Report an error Editorial code of conduct
Due to technical reasons, we have temporarily removed commenting from our articles. We hope to have this fixed soon. Thank you for your patience. If you are looking to give feedback on our new site, please send it along to feedback@globeandmail.com. If you want to write a letter to the editor, please forward to letters@globeandmail.com.
Comments