Canadian Natural Resources Ltd. is planning for Alberta’s production cuts to continue to announced levels until the end of the year, as it assesses whether to take some portion of the crude-by-rail contracts the United Conservative Party government is looking to unload to the private sector.

The country’s largest oil and gas producer on Thursday posted stellar results with $2.8-billion in net earnings for the second quarter of 2019, thanks in part to the government-ordered curtailment that reduced the glut of Western Canadian crude on the market and narrowed the discount that Alberta crude fetches compared with North America’s trendsetting West Texas Intermediate.

While Canadian Natural Resources (CNRL) and other oil-sands producers are generating strong profits, their future is clouded by the lack of export capacity and investors’ caution over the sector’s ability to increase production.

“Investors want to see clear line of sight of growth,” CNRL president Tim McKay said after the company posted its quarterly results. “What they’re having difficulty with regarding Alberta, and companies working in Alberta, is what that growth path would look like, or how do you grow. … If Canada could fix the egress issue, Canadian energy companies could get investors back.”

The company said it currently expects its production for the remainder of the year to be constrained by Alberta’s government-ordered production cuts set at 125,000 barrels a day (b/d) industry-wide for September.

The previous NDP government in Alberta initially ordered a cut of 325,000 b/d last December, but the province gradually eased that over the course of the year as the glut of inventories in Alberta shrunk and prices rebounded. Western Canadian Select traded at a discount to North America’s trendsetting West Texas Intermediate of just US$12.40 a barrel on Thursday, according the Net Energy, a Calgary-based trader. That differential has widened to more than US$45 a barrel last fall as rising production outgrew the ability to get the crude to market.

Companies have increasingly turned to rail cars to complement the pipeline system, with the National Energy Board reporting recently that crude-by-rail volumes grew in May to 265,131 b/d, up from a low point of 122,292 b/d.

However, critics of the government production cuts argue the policy has made it uneconomic to ship oil by rail because the narrower spread between WCS-WTI doesn’t cover transportation costs. Crude by rail shipments peaked at 353,789 b/d last December, but capacity could reach 500,000 by the end of the year.

Premier Jason Kenney is looking to unwind the NDP government’s $3.7-billion deal to lease 4,400 rail cars and add 120,000 b/d of export capacity to the market. The province is asking companies to make bids on taking on some of the crude capacity by the end of August.

Mr. McKay said CNRL is participating in the process, but would not commit to striking any deals to contract for more rail capacity. “Obviously, what we need to do as a company is make sure whatever we do adds long-term value to our shareholders,” he said.

Analyst Phil Skolnick of Eight Capital Inc., said he expects CNRL will be a bidder to take some of the rail contracts out of government’s hands in order to ensure it has the flexibility to move increased production to various North American markets. “I believe they are keen on it, but they’re in a competitive situation and they just don’t want to show their hand,” he said.

CNRL reiterated its view that the curtailment strategy has been successful in supporting prices and avoiding massive layoffs in the industry, and warned that a precipitous move to end it could result in a devastating price collapse.

While the company posted strong quarterly results, its shares were hammered in the market on Thursday, as the investors drove down both oil prices and equities over concerns about the U.S.-China trade war. CNRL shares fell 3.5 per cent on Thursday to $32.25, while the Toronto Stock Exchange’s capped energy index lost 2.6 per cent of its value. 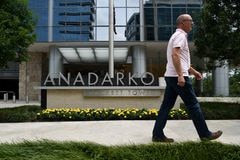 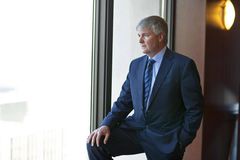 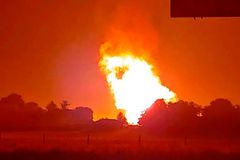