Minority shareholders in Canfor Corp., who rejected a bid from B.C. billionaire Jim Pattison, are banking on a rebound in the forestry sector in the long haul, but suffered in the short term after turning down his cash offer.

Canfor shares tumbled nearly 24 per cent on Tuesday morning on the Toronto Stock Exchange, falling as low as $11.87 a share before regaining some lost ground. Canfor closed at $12.77 a share, down $2.79 or 18 per cent.

In August, Mr. Pattison launched his go-private offer to buy 49.1 per cent of Canfor for $16 a share in cash, or $983.8-million, in an effort to take full control of Canada’s second-largest lumber producer. Mr. Pattison’s Great Pacific Capital Corp. and affiliates own 50.9 per cent of Vancouver-based Canfor.

Letko Brosseau and Associates Inc., a Montreal-based investment management company that controls 4.6 per cent of Canfor, voted against Mr. Pattison’s offer after concluding that it undervalues the forestry company.

Senior vice-president Peter Letko said Letko Brosseau expected that the stock price would fall. “It’s a natural response given the arbitrageurs that are active in the market as a deal moves toward closure, and they are not long-term investors,” Mr. Letko said. “We think that the long-term prospects for the company are very favourable.”

Canfor surpassed $34 a share in June, 2018, when lumber prices reached near-record highs. The stock traded at $8.80 before Great Pacific disclosed the bid to double down on Canfor.

The offer required approval by a simple majority of the votes cast by minority shareholders.

But in a statement late Monday night, Great Pacific said it has dropped its pursuit to acquire the remainder of Canfor, after seeing the results of votes cast by proxy.

“This is due to the Canfor minority shareholders voting 45 per cent in favour and 55 per cent against the proposal, and thus not meeting the 50-per-cent-plus threshold of the minority requirement. Great Pacific will not be pursuing this opportunity any further,” it said.

The forestry company issued its own statement, saying Canfor’s special meeting scheduled in Vancouver for Wednesday has been cancelled. “Canfor plans to continue to diversify its business and pursue growth strategies in positioning itself for long-term success and sustainability,” said the company, whose stock ticker symbol is CFP.

Scotia Capital analyst Benoit Laprade said in a research note that Canfor stock will be under pressure. “While we believe the offered price was opportunistic and did not reflect the full value of CFP shares in the long run, CFP shares will be down significantly today as a result of the agreement termination,” he said on Tuesday.

Paul Quinn, an analyst at RBC Dominion Securities Inc., said he expects “some short-term pain, but the 2020 set-up remains attractive” for Canfor.

Canfor and other B.C. producers have been facing dwindling supplies of timber, worsened by an infestation of mountain pine beetles in the B.C. Interior that began in the late 1990s and peaked in 2005. For many years, companies salvaged trees damaged by pine beetles but still in good enough condition for harvesting. Those supplies have been virtually depleted.

With benchmark lumber prices down more than 35 per cent from their peak in mid-2018, the dim outlook over the short term has prompted Canfor to suspend production at its B.C. sawmills from Dec. 23 to Jan. 3.

In an interview on Saturday, Pattison Group president Glen Clark said he understood that some minority shareholders would rather stick with Canfor instead of accepting Mr. Pattison’s bid, in hopes that the forestry sector will recover from its current slump.

“We’re positive about the forestry industry long term,” Mr. Clark said. “From our point of view, we’re the controlling shareholder, so we’re pretty relaxed about it.”

Pattison Group’s holdings are diverse, including: car dealerships, billboard advertising, Guinness World Records, Ripley’s Believe It or Not, Great Wolf Lodge, and the Save-On-Foods supermarket chain and other grocery stores.

Canfor independent director Barbara Hislop had unsuccessfully sought a higher bid for the company co-founded in the late 1930s by her late grandfather Poldi Bentley, and his brother-in-law, John Prentice. She owns almost 2.6 million Canfor shares.

Ms. Hislop worked at Canfor from 1977 to 2004, rising through the ranks, including her role as vice-president of operations. “She’s the co-founder’s granddaughter and she has a great attachment to Canfor. I certainly understand that,” Mr. Clark said. “Reasonable people can disagree.”

Peter Bentley, who is the father of Ms. Hislop and son of Poldi Bentley, would end up serving as Canfor’s chief executive officer for 10 years and chairman of the board of directors for 24 years.

With a report from Jeffrey Jones 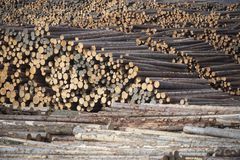 Why a buying opportunity is emerging in Canadian forestry stocks Subscriber content
October 24, 2019 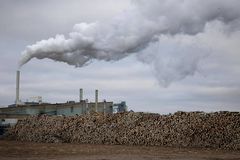