The legal defence team of Carlos Ghosn, the fugitive former boss of Nissan and Renault, blasted Nissan in a statement issued last night, saying the Japanese car maker’s investigation into his alleged financial misconduct was in reality designed to stop his plans to merge the two companies.

The statement came less than a day before Mr. Ghosn was to meet the media in Beirut for his first live news conference since his arrest in Japan in November, 2018. Earlier on Tuesday, Japanese prosecutors issued a warrant for the arrest of his wife, Carole Ghosn, for allegedly giving false testimony in a court hearing in Tokyo last April.

The defence team called Nissan’s investigation into Mr. Ghosn “a gross perversion of the truth” and claimed it was “initiated and carried out for the specific predetermined purpose of taking down Carlos Ghosn to prevent him from further integrating Nissan and Renault, which threatened the independence of Nissan, one of Japan’s iconic, flagship companies.”

Mr. Ghosn, 65, spent more than 13 months after his arrest in prison and, later, under surveillance in a small apartment in Tokyo after he posted bail. In a daring escape on Dec. 30, he walked out of his apartment undetected, took a bullet train to Osaka and boarded a flight on a private jet to Istanbul.

A second flight delivered him to Lebanon, where he has citizenship. The escape, engineered with the help of a former U.S. Green Beret with a criminal record named Mike Taylor, reportedly saw him packed into the first flight in a case designed to carry musical instruments.

Mr. Ghosn is now a fugitive from justice. Interpol has issued a “red notice” for his arrest. Japanese prosecutors have charged him with a variety of crimes, including understating his pay and breach of trust for having Nissan cover his investment losses.

Mr. Ghosn, was one of the world’s top auto executives. He was credited with saving Nissan from financial collapse and creating the world’s only global auto-making alliance, joining Nissan and Mitsubishi in Japan with the French auto giant Renault. His fall from grace stunned the global auto industry even though he was famous for lavish spending and ostentatious displays of wealth, including using the Palace of Versailles for his Marie Antoinette-themed wedding to Carole in 2016.

Nissan was not immediately available for comment. His defence team’s statement was issued before Japan opened for business on Wednesday morning. Reports earlier in the day said the company was bolstering its “task force” to deal with the expected onslaught of criticism on Wednesday from Mr. Ghosn. The task force is led by Nissan chief executive officer Makoto Uchida and includes former senior Nissan executives.

For the first time, Mr. Ghosn, through his defence team, named the Nissan executives who allegedly targeted him and expedited his downfall. He had been expected to name names. In a video message released in April, he had said a “few executives” had targeted him “for their own interest and for their own selfish fears.” But his lawyers edited the names out of the video.

The Tuesday statement accused Hari Nada, a British-Malaysian, of running the investigation into his conduct (the Japanese press has called him the “whistle-blower"). Mr. Nada was instrumental in ousting Mr. Ghosn, but was later himself hit with allegations of financial impropriety. According to Reuters, Nissan’s probe into Mr. Nada’s conduct produced no incriminating evidence, although he has since been demoted.

Mr. Ghosn’s defence team accused Nissan’s investigators of making anything but a thorough internal investigation. The statement said that “while it ‘purportedly’ found evidence of wrongdoing by Carlos Ghosn, it failed to discover evidence of [Hiroto] Saikawa’s wrongdoing.”

Mr. Saikawa replaced Mr. Ghosn as Nissan’s CEO, but resigned as of September, shortly after he admitted that he and other senior Nissan executives were overpaid as part of a stock-related remuneration plan. He denied wrongdoing and promised to return any excess funds.

It was not known on Tuesday whether Mr. Ghosn would reveal the details of his escape caper or how much he paid for the elaborate deception. Various reports said that his escape, plus the forfeited bail, may have cost him US$20-million. 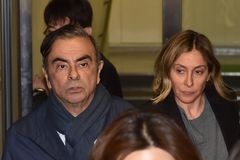 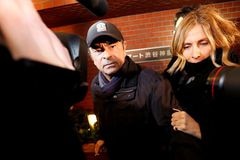 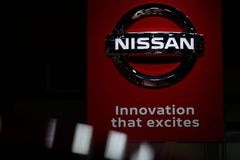