Having pumped 2.6 trillion euro into the euro zone’s financial system since 2015 in a bid to revive inflation, the ECB expects to stop adding to its bond pile in December and raise rates some time after next summer for the first time in eight years.

Draghi stuck to those plans in his speech but cautioned the rate path might change, hinting at a spillover from the United States, where the Federal Reserve has been steadily raising its interest rate, or ripple effects from Italy, whose government has upset bond investors with plans to spend more, as possible reasons.

“If financial or liquidity conditions should tighten unduly or if the inflation outlook should deteriorate, our reaction function is well defined,” Draghi told an audience of bankers.

“This should in turn be reflected in an adjustment in the expected path of future interest rates.”

He called for the ECB to restore the monetary policy it had before starting its aggressive stimulus policy of massive bond purchases and sub-zero interest rates.

The euro zone economy has slowed in recent months amid weaker demand from China, higher interest rates for dollar borrowers across the world and jittery bond markets in Italy.

Draghi saw “no reason” to expect the bloc’s economy to stop expanding and drag down price growth with it. But he warned of increased uncertainty around the outlook.

“If firms start to become more uncertain about the growth and inflation outlook, the squeeze on margins could prove more persistent,” Draghi said.

“This would affect the speed with which underlying inflation picks up and therefore the inflation path that we expect to see in the quarters ahead,” he added. “Uncertainties surrounding the medium-term outlook have increased.”

The ECB still saw risks to the growth outlook as broadly balanced, Draghi said. But he cautioned it would reassess the situation in December, when new growth and inflation forecasts become available.

Draghi, himself an Italian, did not mention his country in the speech. But he warned about the risk of a widening in sovereign yield spreads, a measure of investor confidence in a country’s public finances.

The spread between Italian and German bond yields has widened to levels not seen in five years since the formation of a coalition government comprised of the anti-establishment 5-Star Movement and the eurosceptic League in the summer.

Investors fear a clash between Rome and the European Commission over budget rules could trigger a new debt crisis after that of 2010-12 and might even push Italy outside the currency bloc.

“Lack of fiscal consolidation in high-debt countries increases their vulnerability to shocks, whether those shocks are autonomously produced by questioning the rules of (the euro zone’s) architecture, or are imported through financial contagion,” he said.

He noted, however, that “contagion” to other indebted countries had been limited.

Responding to Draghi’s comment, League leader and one of Italy’s two deputy Prime Ministers Matteo Salvini struck a conciliatory tone, praising Draghi for his commitment to protecting the country and its savers.

Draghi has been credited for preventing a breakup of the euro area in the summer of 2012 by saying the ECB would do “whatever it takes” to save the euro, a pledge to help countries in dire straits that quashed speculation against bonds issued by Italy and other indebted countries.

Angela Merkel did not save the euro, she just bandaged it up Subscriber content
November 3, 2018 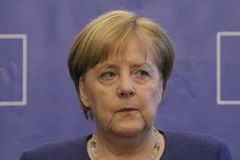 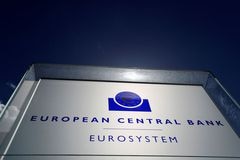