An environmental group is pushing Environment Minister Catherine McKenna to take action against Volkswagen AG in its diesel emissions scandal, four years after Canada launched an investigation into the automaker.

Toronto-based Environmental Defence filed a motion last week arguing Ms. McKenna is failing to meet the requirements of the Canadian Environmental Protection Act (CEPA) after the organization triggered an investigation into Volkswagen’s decision to sell some 100,000 vehicles that had been taken off the market in 2015 amid the scandal.

Volkswagen pleaded guilty two years ago to fraudulently tampering with emissions equipment in the United States, and faced US$20-billion in fines and civil settlements there. It was also fined US$1.5-billion in Germany.

Environment Canada opened an investigation four years ago but no charges have been laid, despite the company’s admission of guilt in other jurisdictions. Environment Canada is now working with the Public Prosecution Service of Canada to gather evidence and determine whether charges should be laid, a spokeswoman for the Minister said Thursday.

In 2017, Volkswagen sold some vehicles in Canada that had been pulled two years earlithereederal standards.

Environmental Defence petitioned the Minister in 2017 to launch her own investigation of Volkswagen’s actions under provisions of the CEPA, which have prescribed accountability rules requiring the government to keep the complainant informed of progress in the case. Ms. McKenna declined to initiate a broad CEPA investigation but did agree to start one concerning Volkswagen’s sale of the suspect vehicles in 2017.

In its application, the environmental group says Environment Canada has neglected to meet its obligations under the act. The past four quarterly updates said the investigation was expected to be completed within three months – deadlines that were consistently missed – and provided none of the required information on actions being taken, it said. The Environmental Defence application asks the federal court to order Ms. McKenna to provide a “considered time estimate to conclude her investigation” and to specify what actions will be taken to bring it to a close.

“We’re saying to the court that they are frustrating the intent of the act, which is to open an investigation and lay charges – or not – and not just have this perpetual non-response,” Environmental Defence executive director Tim Gray said.

“ECCC’s enforcement branch has conducted a robust and comprehensive investigation into the alleged violation of Canadian environmental law by Volkswagen and has been working closely with the Public Prosecution Service of Canada for more than a year, including providing evidence and other information for their consideration and review," Julia Kilpatrick, the minister’s director of communication, said in an e-mail. "As this process is ongoing, we have no further comment.”

In 2017, Environment Canada signalled it had expanded its investigation beyond Volkswagen after Fiat Chrysler Automobiles NV was charged with similar infractions in the United States.

A Volkswagen Canada spokesman did not respond to a request for comment. The company has sought to repair its reputation with an aggressive commitment to expand its fleet of electric vehicles. Volkswagen has said it plans to have 50 fully-electric models by 2025, with the goal of selling two million to three million electric vehicles globally by then.

The company also joined with three competitors – Honda, Ford and BMW – in announcing this week an agreement with California to voluntarily meet U.S. fuel economy standards that mirror those passed by the former Obama administration and are being rolled back by U.S. President Donald Trump. 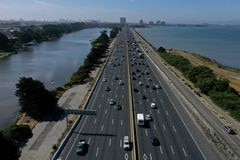 Volkswagen zooms ahead in extension of alliance with Ford to electric, automated cars Subscriber content End of the road: Volkswagen to halt production of iconic Beetle this week Subscriber content 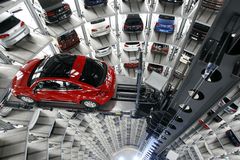