In its purchase of the Trans Mountain pipeline, Ottawa has shown resolve on market access for oil producers, Imperial Oil Ltd. chief executive Rich Kruger says. But his company still will not make new growth investments until there is further action on competitiveness and regulatory certainty for Canada’s energy industry.

In an interview with The Globe and Mail on Tuesday, Mr. Kruger said the perfect example of the problem is the fact that his company’s plans for a new 150,000-barrel a day (b/d) oil sands in situ project called Aspen are still in limbo more than 4½ years after an application was submitted.

“To me, that is not world class. That is not something we can or should be proud of as a country,” he said.

He said Imperial, one of Canada’s largest refiners and oil producers, is spending money for the “care and feeding” of the existing asset base – including some improvements this year at its $20-billion Kearl mine. But in the past few years, nothing material has gone into new growth opportunities.

“We’ve not pulled the trigger on full funding on those,” Mr. Kruger said. “The real determination of what our near-term or medium-term investment will be will largely hinge on how the competitiveness situation is addressed.”

Later, Imperial noted it has yet to make a final investment decision on expanding its operations at Cold Lake, and that will be based on “a variety of factors, including regulatory approvals, market conditions and economic competitiveness.”

Mr. Kruger and other Canadian oil executives have in recent years raised concerns about the country’s competitiveness, citing a lack of pipeline capacity, regulatory uncertainty and whether Canada’s taxation regime can go head to head with that of the United States. At the same time, U.S. competitors have seen the Trump administration embrace and promote their industry and roll back environmental regulations.

The federal government’s plan to buy Kinder Morgan Canada Ltd.’s Trans Mountain pipeline and its controversial expansion project showed “not only recognition for the issue we face on market access, but resolve,” Mr. Kruger said on Tuesday.

“But it alone will not be sufficient.”

Mr. Kruger also expressed his continued disappointment with the performance of Syncrude Canada Ltd., of which Imperial is a 25 per cent owner. After a power outage in June at Syncrude’s massive oil sands mine, full production will not be restored until September.

Syncrude will start up one coker – which processes 150,000 b/d of bitumen into a lighter crude – in the second half of July, majority owner Suncor has said.

Mr. Kruger said the startup of the first coker is imminent, and experts from Suncor, Imperial and Exxon Mobil Corp. – Imperial’s parent company – are looking at what can be done to improve the overall reliability of the mine.

“Syncrude has had a string of events over the last several years that have led to a performance well below the expectations of really any and all owners,” Mr. Kruger said. “We have not found the magic elixir yet to enhance its reliability.”

A report from data firm IHS Markit on Tuesday said the oil sands will see two years of production increases with an additional half million barrels hitting the market, but all signs continue to point to deceleration of growth by 2020.

That is because the world is still awash with oil supplies, and the heavy-oil market is bearing the brunt of the tightening global market. Senior IHS director Kevin Birn wrote that the continuing completion of oil sands projects sanctioned before oil prices collapsed in 2014, the revival of some deferred projects and some new investments in capital efficiency will ensure strong volume growth to the end of the decade. “However, after 2019, the pace of growth in the oil sands is less certain and to a greater extent depends on the timing of yet-to-be-made investment decisions.”

Still, the IHS report expressed optimism that oil sands production will grow in the medium and long term, owing to the belief that rail can be used to ship increasing production and new pipeline projects will be built to help producers get better prices, as well as the attractive steadiness of oil sands production once projects are completed. 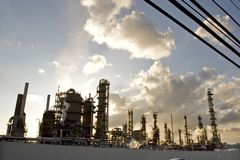 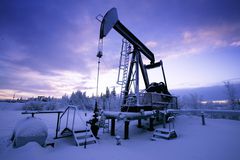 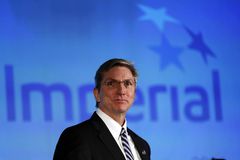