Independent investment dealers such as Eight Capital Corp. and Canaccord Genuity Group Inc. are beginning to place bets on the nascent e-sports industry, amid signs that other hot sectors on which they relied for business are starting to cool.

A number of Canadian independents have begun producing research and hosting conferences on e-sports, a niche industry in which skilled video-game players compete with one another in front of live audiences, both in person and online.

And although there is currently a dearth of public investment opportunities for those looking to cash in on the e-sports craze, David Morrison, president and CEO of Eight Capital, says that’s about to change.

“There absolutely will be a medley of public plays in e-sports that will be available in the Canadian capital markets in calendar 2019, of various shapes and sizes," Mr. Morrison said. “We’re talking to many of them.”

Helping early-stage companies in emerging industries access capital has long been the specialty of Canada’s independent dealers. The cannabis sector has been a boon to the independents, making up for a slowdown in new listings by junior mining and energy companies. But with the green rush expected to cool, and cryptocurrency prices stuck in a holding pattern after crashing in 2018, independents Eight Capital and Canaccord are hoping that e-sports can provide a new source of underwriting and advisory revenues.

Recent investments by two high-profile Canadian families that own traditional sports franchises have ignited interest in the sector.

Michael Kimel, part-owner of the Pittsburgh Penguins, is making a bet on e-sports through OverActive Media. Last year, the sports ownership group launched Toronto Defiant, a new team in a league focused on the shooting game Overwatch.

And the Aquilini family, which owns the Vancouver Canucks NHL team, has raised $25-million with the help of Canaccord Genuity to acquire e-sports organization Luminosity Gaming. The plan is to take Luminosity – which manages the Vancouver Titans Overwatch team – public through a reverse takeover on the TSX Venture Exchange.

“I think that perked up the investment banking community’s eyes and ears," said Genevieve Roch-Decter, CEO of Grit Capital, a Toronto-based capital-markets advisory firm. “Whenever they see big investments like that in a niche sector they go, ‘Okay, we could probably build some deals around that.'"

Globally, e-sports revenues are still relatively small: They are expected to top $1-billion in 2019, according to a report by gaming industry analytics firm Newzoo. That includes revenue from sponsorships, media rights, advertising, merchandise and game-publisher fees.

When Riot Games hosted its North American League of Legends Championship Series Summer Finals in Toronto in 2016, it managed to sell out the Scotiabank Arena, which holds more than 19,000 people.

"If you look 20 years down the line, it may be that e-sports will be just as big as, or bigger than, Major League Baseball,” said Robert Young, managing director of technology in Canaccord’s equity-research department.

But as with all speculative investments, the possibility of high returns comes with a high level of risk, as well. Take, for instance, investors who bought into the cryptocurrency craze at the top of the market, before the price of bitcoin plunged more than 80 per cent from its high of nearly US$20,000.

Emerging industries tend to thrive in the Canadian capital markets, which are home to a substantial investor base that has an appetite for such risk, Mr. Young said, as well as stock exchanges willing to list junior companies. “There’s a certain amount of money that is looking to be deployed in smaller, high-risk companies, and I think that [money] does move around from sector to sector."

Independent dealers tend to dominate in this sphere because they are more willing to take the risks than their bank-owned counterparts. “We like these nascent sectors that have huge growth opportunities, where investors are willing to accept a higher level of risk for high returns," Mr. Young said. How women are breaking into (and cashing in on) the lucrative world of professional gaming
April 4, 2019 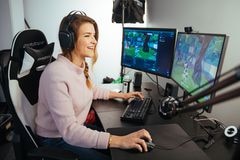 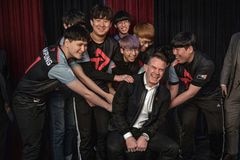 Follow Alexandra Posadzki on Twitter @alexposadzki
Report an error Editorial code of conduct
Due to technical reasons, we have temporarily removed commenting from our articles. We hope to have this fixed soon. Thank you for your patience. If you are looking to give feedback on our new site, please send it along to feedback@globeandmail.com. If you want to write a letter to the editor, please forward to letters@globeandmail.com.
Comments