A panel tasked with deciding the criteria for which journalism outlets are eligible for new government funding began its deliberations last week and will report back to the government before the end of July.

The $595-million in support for media organizations was included in this year’s budget and takes three forms: a labour-tax credit to subsidize the salaries of “newsroom employees”; an income-tax credit for individuals who pay for digital news subscriptions; and status allowing journalism outlets to accept (and issue tax receipts for) charitable donations.

The budget laid out some of the limits on eligibility. Those include requirements that the organizations receiving funding are majority Canadian owned; that their main pursuit is producing “original news content" in written form, focused on general interest and current events with a diversity of topics and “including coverage of democratic institutions"; that they employ at least two journalists; and that they are not “significantly engaged” in content that promotes products or services, or is produced on behalf of any government body, organization or association.

The panel had its first meetings in Ottawa last week, and will meet again in Toronto this week. It has been asked to provide more specific definitions for terms such as “original news content” and "eligible newsroom employee,” to identify grey areas in the existing guidelines, and to provide additional suggestions for eligibility criteria if necessary.

The panel is discussing what proportion of an outlet’s content needs to be “general interest” in order to qualify, since outlets focused primarily on a single topic are not eligible.. The group will also suggest how to establish a second panel, which will implement the criteria by deciding who qualifies for any of the funding measures.

“We’re going to try to make it as clear and simple as possible,” said Bob Cox, the publisher of the Winnipeg Free Press who is representing industry organization News Media Canada on the panel, and was elected chair for the group.

“There has been some suggestion out there by critics of this program that this will be some body that says who is or isn’t a journalist, or what is or isn’t a news outlet. That’s not really the purpose at all. The purpose is to say whether a given news organization qualifies for these tax credits.”

The latter group fought an initial request that the panel members sign confidentiality agreements and said in a recent statement that it “remains concerned” about the panel’s transparency, asking that a list of applicants for funding be published online and that the panel’s meeting minutes be made public.

A note taker is attending the meetings, Mr. Cox said, and the group has agreed to make those notes public. It is not yet clear when and where they will be available.

“The panel members want to be as transparent as possible about what is happening,” he said.

The plan has also faced criticism over potential partisanship. Unifor has campaigned against the Conservative Party, and leader Andrew Scheer called for the group to be removed from the panel. Mr. Cox pointed out that the panel will not be choosing which organizations receive funding, but only the criteria for eligibility, and that it is “valuable” to have people who represent reporters in the group.

“It’s important to have them there to balance out those of us who are in management and who might have a different perspective,” he said.

Questions have also been raised about whether funding will be disproportionately directed to already well established news outlets as opposed to smaller startups and local reporting initiatives. (A separate $50-million fund for local news was included in last year’s budget.)

“We all recognize that the key goal is to increase and support original Canadian reporting. We know that that goal is shared by many organizations, not just big news outlets but small ones, startups, family-owned businesses and big corporations,” Mr. Cox said. “We’re trying to do as much as we can to support that goal.”

Editor’s note: (July 24, 2019) A former editor-in-chief of Rabble.ca is among the members of the panel for the Quebec Community Newspaper Association. An earlier version of this story incorrectly described that participant as editor-in-chief. 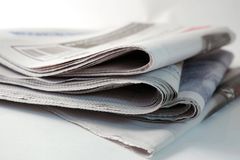 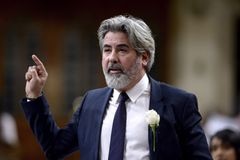