Royal Bank of Canada is starting to feel the sting of slowing economic growth and trade, as fourth-quarter profit slipped and its chief executive officer warned of “challenging” days ahead.

Earnings declined 1 per cent to $3.21-billion, a rare step back for Canada’s largest bank, partly because of weak returns from RBC’s capital markets and insurance arms, while the bank restructured its struggling investor and treasury services business and set aside more money to cover loan losses.

“Based on what we’re seeing today, the next couple of years are likely to be challenging," Dave McKay, RBC’s chief executive officer, said on a conference call with analysts.

For the three months that ended Oct. 31, RBC reported earnings per share of $2.18, compared with $2.20 a year earlier. Adjusted to exclude certain items, RBC said it earned $2.22 a share, whereas analysts expected $2.28, according to Refinitiv.

RBC’s share price fell 2.1 per cent in trading on the Toronto Stock Exchange on Wednesday.

Yet RBC is not the only bank preparing for a tougher year. Bank of Montreal took a $484-million restructuring charge on Tuesday and will cut 5 per cent of its staff, anticipating “pockets of pressure” that promise to squeeze margins and temper profit, especially in its U.S. banking division. And as Bank of Nova Scotia reported a modest uptick in profit last week, CEO Brian Porter noted that the trade dispute between the U.S. and China has “been weighing on business sentiment and activity.”

National Bank of Canada also reported fourth-quarter earnings on Wednesday but sidestepped the concerns plaguing its peers, thanks in part to its concentration in its home province of Quebec and lesser exposure to the U.S. and international markets. The Montreal-based bank boosted quarterly profit across all divisions for a total of $604-million, up 7 per cent from a year earlier.

Louis Vachon, the bank’s CEO, said in an interview that he still sees reasons for optimism that the U.S. and China will reach a trade truce, and central banks’ “expansionary fiscal and monetary policies should win out." In the meantime, “we feel less of the bite because we’re not in the U.S. as much."

At RBC, the capital markets business felt that bite keenly, as profit fell 12 per cent to $584-million. Lower fees across the investment banking world translated to weaker revenue. Capital markets results are notoriously volatile, and RBC expects several large deals to close in the first fiscal quarter. But one reason that fee pools have declined is that clients are increasingly turning to pension and private equity funds to raise money, rather than public markets.

“I hope the [toward-private-markets] trend reverses itself somewhat, but I’m not optimistic in that,” chief financial officer Rod Bolger said in an interview.

Profit from RBC’s insurance business fell 11 per cent to $282-million. And as the bank cut back its investor and treasury services operations in Europe and Australia, incurring severance pay and other restructuring costs, the division’s profit plunged 71 per cent from a year earlier, to $45-million.

Provisions for credit losses, which are funds banks set aside to cover bad loans, spiked 41 per cent higher to $499-million, from unusually low levels a year ago – though the increase was greater than analysts had predicted.

“There’s no sugar coating that this was a challenging end to 2019 for RBC, with misses across most divisions," Steve Theriault, an analyst at Eight Capital Corp., said in a research note. 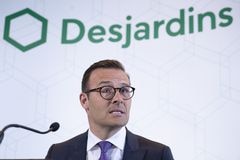 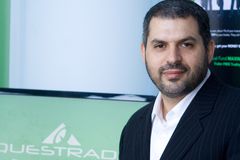 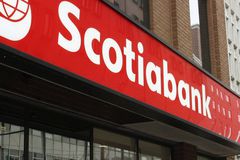