The “Greece is back” headlines are everywhere. They are facile. There is no doubt the worst is over for the battered Greek economy, but the recovery has been slow and the structural reforms scant. The soaring Athens stock market and Greek bond prices present skin-deep prettiness.

I have been a regular visitor to Greece since the country blew up a decade ago, during the darkest days of the European debt crisis and the economic plunge that followed. Watching a member of the wealthy European Union fall apart was a grim experience.

The depression there – “recession” is a wholly inadequate description – reduced the size of the economy by a quarter; sent youth unemployment to more than 50 per cent; almost thrust the country out of the euro zone twice; required three sovereign bailouts contingent on the adoption of painful austerity measures; triggered countless anti-austerity protests and riots; paralyzed the banks and the private sector; and propelled the neo-nazi Golden Dawn party into parliament.

Predictions of a V-shaped recovery – economist argot for a swift economic revival after a near-death experience – proved entirely inaccurate. The economy showed little sign of a lasting recovery until 2017, fully nine years after the start of the financial crisis, when gross domestic product climbed 1.5 per cent. In 2018, GDP rose 1.9 per cent and is on track to hit 2 per cent or more this year. At this rate, assuming it lasts, Greece won’t get back to precrisis levels for another decade or so.

My visit to Athens this week was a happier experience. At the height of the crisis, I would say that one in three downtown shops was boarded up. Today, almost all the storefronts are open, and the city’s famous late-night bar and restaurant scene has shed its zombie status.

Youth unemployment, while still atrocious by EU standards, recently dipped below 30 per cent. Car sales rose almost 12 per cent year over year. In November, consumer confidence made a tentative comeback. Housing prices climbed 7.4 per cent in the first nine months of the year, according to Bank of Greece data. Industrial production has been rising since mid-2015.

The government is meeting or exceeding its target of achieving a primary budget surplus (the surplus after debt-servicing costs are stripped out) of 3.5 per cent of GDP. On Friday, the yield on 10-year government bonds was a mere 1.44 per cent, marginally higher than Italy’s, in a country that not long ago was shut out of the public debt markets.

The Athens composite stock index is up a world-beating 45 per cent in the past year. Eurobank, the Greek lender whose biggest shareholder is Prem Watsa’s Fairfax Financial, of Toronto, has gained 74 per cent from its recent lows, though the upswing came from distress levels.

All these numbers are good news for the centre-right government of reform-minded Prime Minister Kyriakos Mitsotakis, the New Democracy party leader whose landslide election win in July signalled the end of the radical-left policies of Alexis Tsipras’s Syriza government. They will allow his government to swap economic survival mode for repair mode.

But despite his fresh ideas – he even turned a former Google executive into his chief creative officer, charged with rebranding Greece – Mr. Mitsotakis faces formidable obstacles.

While the recovery is in place, it is much slower than recoveries elsewhere, in good part because the austerity programs bled consumers white. Per capita GDP rose only 6 per cent between 2013 and 2018. The current account is still in deficit and foreign direct investment, while well up from crisis lows, rose far more slowly last year than it did in 2016 and 2017.

Greek banks are still not lending – except to the biggest companies. Some 42 per cent of their loan books are classified as “non-performing” – down from 48 per cent in 2016 but still ruinously high. Until the dud loans are cleared off, the banks will not risk lending to small and medium-size businesses, whose growth is essential for a sustained economic turnaround.

The bigger problem is the lack of structural reforms to make the economy more competitive. The World Economic Forum this year ranked it a lowly 59th out of 140 countries. In its latest economic roundup, the Bank of Greece noted that the “implementation of [structural reform] was strong during 2011-2012 but slowed thereafter.”

The country is sorely in need of everything from an infrastructure renewal to a bureaucratic overhaul – and has almost no money to fund such programs.

The true number of civil servants is a mystery but is thought to be about 600,000 – in a country of 10.7 million. None of them was fired during the crisis years, though early retirements trimmed their numbers. The bureaucracy remains an unproductive blob, but the new government would require great courage to take on the civil service unions.

To be sure, the headline numbers, from plunging bond yields to rising stock prices, signal that Greece is on the mend. But investment flows don’t tell the whole story. Many investors are almost certainly of the hit-and-run variety, riding the momentum. A sustained recovery is still elusive. In essence, the Greek economy hasn’t changed much from the bad old days. 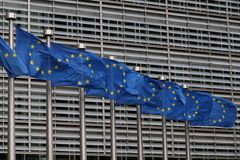 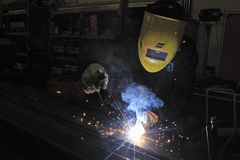 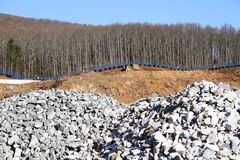 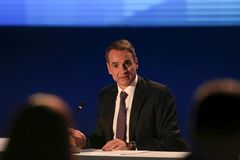