In a major change to wireless pricing, Rogers Communications Inc. will be the first of Canada’s national carriers to offer plans with no monthly overage charges as it prepares for a surge in data usage expected with faster 5G technology.

The Toronto-based company said on Wednesday that it will offer bigger data buckets – starting at 10 gigabytes a month for $75 – and once customers hit those limits, their browsing speeds will be dramatically reduced, but they will incur no additional fees.

This pricing model has become common in the United States and, like Rogers, American carriers typically market the plans as “unlimited” (despite limits on high-speed data). Canadians have not had widespread access to such plans, although regional player Shaw Communications Inc.'s Freedom Mobile offers similar options on its smaller network. This has contributed to lower wireless usage than in the U.S.; RBC Securities analyst Drew McReynolds estimates Canadian wireless subscribers use an average of two to three GB of data a month versus seven to eight GB in the United States.

Thanks in part to pressure from Freedom, Canadian data packages have been increasing in size over the past year or so, leading to fewer fees for customers going over monthly limits. And such charges can be punitive: According to the Canadian Radio-television and Telecommunications Commission (CRCT), in 2017, Canadians paid an average of $55 per GB for overage fees. Studies have shown that Canadian consumers pay some of the highest wireless rates in the developed world.

Joe Natale, chief executive officer of Rogers, said the company is preparing for greater demand for data as networks evolve over the next few years from LTE (or 4G) to 5G technology, which is expected to offer much faster speeds and support more bandwidth usage. He said current “pricing constructs were built for a 3G or 4G world, for a time when data was a scarce resource.

“In listening to customers over the last while, it’s become evident that they are very worried about overages," Mr. Natale added, in an interview with The Globe and Mail.

The move left analysts wondering whether rivals BCE Inc. and Telus Corp. will respond. Kaan Yigit, president of Solutions Research Group Consultants Inc., said data packages that are “throttled” down to lower speeds after a certain point already exist, “but the use of ‘unlimited’ in marketing is a first in Canada and it’s unthinkable that others won’t follow suit before long. Nothing else is as powerful as that is to get attention.”

The CRTC plans to hold a hearing on the wireless market in January and industry watchers expect the regulator to take steps to encourage lower prices and more competition, such as forcing national carriers to resell their network airtime to companies that do not build their own infrastructure.

Mr. Natale would not comment directly on what role, if any, the threat of increased regulation played in the pricing changes, saying, “we’re prepared to continue to make changes and pivot toward the world as it evolves.”

Rogers also announced a significant shift in how it approaches smartphone pricing, saying on Wednesday that later this summer, it will give customers the option to finance any smartphone they want for $0 down. The company will separate the cost of paying off the handset from monthly wireless service charges, meaning once a customer has paid for their phone, their bill will automatically go down. Currently, Rogers and some other carriers do not reduce the monthly cost of a customer’s bill after they pay off a device subsidy.

This also follows a trend south of the border where U.S. carriers have long offered $0-down smartphones. In some cases, carriers there have absorbed large up-front costs by offering debt securities tied to the recurring monthly income from phone leases (similar to mortgage-backed securities).

“There is a trend toward doing that in the industry," Mr. Natale said of the possibility Rogers could follow a similar path. “We’ll look at it as it evolves. That’s certainly a balance-sheet opportunity for us.”

If the $0-down financing plans prove popular with Canadians, analysts say it would benefit Rogers and other telecoms that offer them because they require customers to cover the entire cost of the phone over time, with companies offering no upfront subsidy.

For the past several years, Rogers has been investing in customer-service improvements and network upgrades after falling behind its peers on quality. Mr. Natale said after making headway on those efforts, the company launched what it called “Project Umbrella” last fall to “make sure our customers are covered” with respect to wireless pricing options.

Rogers currently charges around $100 to $110 a month for 10 GB, leading to some risk for the company that customers on more expensive plans will switch to the lower-priced option. But Mr. Natale said he also expects those paying $50 to $60 a month will migrate up to the $75 plan for the increase in data and “worry-free nature of unlimited.”

“We’ve done the math on this and we believe that in the long run, this is the right thing to do for the organization and the future and it sets us up well for 5G,” Mr. Natale said.

Several analysts were neutral or positive about the news on Wednesday, with some noting that the savings from no longer offering device subsidies could help offset any drop in average revenue Rogers sees due to its lower prices on data.

But Scotia Capital’s Jeff Fan called it a negative for Canada’s wireless industry. “Incumbents do not go unlimited until it is absolutely necessary,” he said, adding, “We expect BCE and Telus to match … which will cause an industry-wide ripple effect on repricing and overage.”

BCE and Shaw did not comment on the changes on Wednesday, while Telus spokeswoman Donna Ramirez said, “We’re always making enhancements to our customer experience.” She added that on Thursday, Telus will launch a new promotional offer of 10 GB for $75 plus 5 GB of “bonus data.” 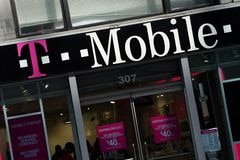 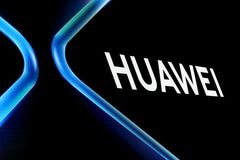 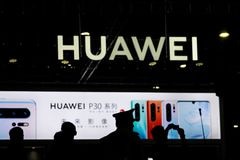