Toronto tenants are increasingly hunkering down in their apartments as the city copes with a rental housing crisis that’s seen the price of new listings skyrocket.

The turnover rate for apartments in the Toronto area was 9.5 per cent last year, down from 15.9 per cent in 2016, according to new figures from Canada Mortgage and Housing Corp. Toronto had the lowest turnover rate among 35 census metropolitan areas in Canada, well below Vancouver’s 13.6 per cent, Montreal’s 15.7 per cent and Calgary’s 33.3 per cent.

A declining turnover rate, experts say, is a consequence of tight market conditions in the city. Over decades, Toronto has built a scant number of apartments for a rapidly growing population, resulting in soaring rental rates as tenants compete for a limited pool of available units.

Further, all but the newest buildings are covered by provincial rent-control rules that tie annual rent hikes for occupied apartments to the rate of inflation. (In 2019, that was 1.8 per cent.) But when a unit is vacated, landlords can set the price where they wish – and that’s led to a stark divide between what existing and new tenants pay, given supply constraints.

“There’s a really strong incentive for you not to move,” said Shaun Hildebrand, president at research firm Urbanation.

But for new listings, rates can be exceptionally steep. Last month, the average two-bedroom listing in Toronto on Rentals.ca was priced at just less than $3,000 a month, with one-bedroom units at about $2,300.

As such, CMHC noted the declining turnover rate is “likely influenced” by asking rates for vacant units that, on average, are 25 per cent higher than for occupied units.

In turn, vacated and new units are driving up overall rent inflation. For the average apartment in the Toronto area, rent climbed by 6.5 per cent last year, the fastest pace since 2000.

No wonder many tenant households have little choice but to stay put.

Meryl Howsam has lived in the same one-bedroom north of Bloor Street for close to a decade, paying less than $1,200 a month. She’s seen rental inflation up close: Smaller bachelor units in her building are now going for $1,725. So when work would take her out of the city for months at a time, Ms. Howsam held on to her place, “because it just wasn’t worth” losing.

Lindy Small has lived in her one-bedroom apartment near the Don Valley Parkway for 25 years. Her rent is about $855 a month, although Ms. Small’s income is limited, and she relies upon the Ontario Disability Support Program for financial assistance. About a year ago, her landlord passed away, leaving her worried about the new owner’s intentions for the building.

“If somebody said to me, ‘You have a year to move out,’ you can’t even imagine the anxiety that would cause me,” Ms. Small said. “It’s overwhelming.”

The distress is widespread. Nearly 47 per cent of tenant households in Toronto spent more than 30 per cent of pretax income on shelter, or beyond what CMHC considers affordable, according to the most recent census. (For Canada as a whole, it was 40 per cent.)

In many cases, families are crowding into small spaces to make ends meet. More than 133,000 renter households in the Toronto area, or 20 per cent of all tenant households not in social or affordable housing, did not have enough bedrooms for everyone in 2018, a recent Statistics Canada survey found.

If anything, demand pressures have never been greater. Toronto home prices are once again on the rise, putting ownership out of reach for many, while population growth remains strong.

Given those conditions, developers have ramped up purpose-built construction. At the end of 2019, there were close to 70,000 apartment units under construction or proposed for development in the Greater Toronto Area, according to Urbanation numbers released Friday. That is 4.5 times higher than the total number of rentals built in the GTA since 2005.

However, what’s in the pipeline is not nearly enough, Mr. Hildebrand said. To meet demand, it should be three times higher.

“We’re seeing some good progress being made, but it’s still not at a level that’s going to solve the problem,” he said. 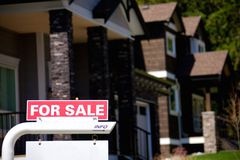 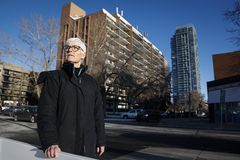