The chief executives of Facebook, Amazon and Google have taken a hit to their reputations in the past year, and the results are linked to the growing importance of ethical behaviour in perceptions of both companies and their leaders, a new survey has found.

The Boston-based Reputation Institute surveyed 230,000 people across 15 countries, including Canada. It asked people for input only on companies and CEOs with which they are very familiar. It asked people to measure CEOs’ reputations based on four major criteria: leadership (which includes such components as their strategic vision for the business), management skills (including the ability to generate value for stakeholders and managing people effectively), influence (such as communications skills) and responsibility.

The last consideration has to do with whether they are perceived as acting ethically and caring about social causes. And for the second year in a row, responsibility was a big driver in determining CEO reputation in the study, known as CEO RepTrak 2019.

“It’s a combination of environmental responsibility, social responsibility and fiscal responsibility,” Stephen Hahn-Griffiths, chief reputation officer at the research firm, said in an interview. “You can’t just do the right thing and run the company into the ground. At the same time, you can’t just be fiscally responsible and care about the profits of the company, without taking into consideration that people need to be treated fairly; you’ve got to do right by the environment, and a bigger social agenda. It’s a balance.”

Google LLC, which operates as a subsidiary of Alphabet Inc., has faced an antitrust investigation in the European Union and questions about its commitment to data privacy and gender pay equity. It has also attracted notice for public walkouts by employees around the world protesting its policy on sexual harassment in the workplace.

Such social issues are becoming more important in how companies and their leaders are evaluated. In last year’s study, Google CEO Sundar Pichai was ranked No. 1 in terms of reputation. This year, he fell out of the Top 10 altogether, landing at No. 88.

Mr. Pichai has been making an effort to address some of those concerns, announcing an overhaul of the harassment policy last November and more recently announcing new controls people could use to limit how much data they share with the company. Privacy is a delicate balance for Google, an advertising behemoth that has earned billions of dollars by gathering data across its suite of digital services in order to offer more targeted ads.

Facebook Inc. has faced questions about how long its top executives were aware of risks to data privacy that were exposed by the Cambridge Analytica scandal. The company has also come under fire for initially deflecting questions about its role in spreading misinformation. CEO Mark Zuckerberg’s reputation fell “precipitously,” Mr. Hahn-Griffiths said, with responsibility being the biggest driver of the decline.

Amazon Inc. CEO Jeff Bezos was also affected by lower responsibility scores that drove his rating down, because of a lack of perception as a “caring CEO,” both in terms of larger social causes and company employees more specifically.

“To help keep people safe and to strengthen our platform against abuse, we’ve made fundamental changes to how we work across the company and we’ve made significant investments in people, partnerships and technology,” Facebook spokesperson Erin Taylor said in an e-mail, and pointed to a recent blog post explaining some of the steps the company is taking to address issues such as misinformation, election interference, and personal data and privacy protection.

A Google spokesperson declined to comment on the findings. Amazon did not immediately respond to a request for comment.

CEO perception matters because it is directly linked to a company’s reputation, which can affect performance. The study found that when people are both familiar with a CEO and view the executive favourably, their likelihood to purchase and recommend the company’s products or services went up by 19 per cent. 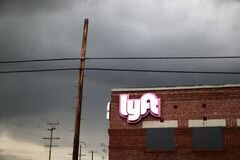 Canadian tech CEOs say they would have welcomed Amazon to their cities
January 21, 2018 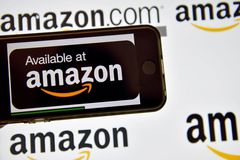 Tech CEOs meet with Trump on government overhaul
June 19, 2017
Follow Susan Krashinsky Robertson on Twitter @susinsky
Report an error Editorial code of conduct
Due to technical reasons, we have temporarily removed commenting from our articles. We hope to have this fixed soon. Thank you for your patience. If you are looking to give feedback on our new site, please send it along to feedback@globeandmail.com. If you want to write a letter to the editor, please forward to letters@globeandmail.com.
Comments