When Mark Carney first mentioned climate and Minsky Moment in the same sentence, he was dismissed by some commentators as a wild-eyed alarmist.

His first Minsky reference came in 2015, when Mr. Carney, two years into his job as governor of the Bank of England, launched his campaign to highlight the risks posed to banks, insurers and big companies by radical climate change. His point was that businesses could avoid costly shocks to themselves and their shareholders if they were to identify their climate risks and prepare for them as the world moved to a low-carbon and ultimately zero-carbon future.

The Minsky reference, which he repeated often in speeches and interviews over the years, met with some wonder. What did a Canadian central banker know about climate risks? Didn’t talking about climate risk constitute mission creep for a central banker? Shouldn’t he be warning about more immediate risks? After all, climate change was a long-term burn. Businesses wouldn’t disappear tomorrow because of climate change.

A Minsky Moment happens when asset values collapse with little or no warning. The term was named after Hyman Minsky, the American economist who noted that financial systems can move from apparent stability to mayhem in a very short period of time (the case in point, of course, was the 2007-08 financial crisis, which would come a decade after his death).

The Minsky Moment touted by Mr. Carney took a long time to come. Then – bang! – it did.

In November, 2018, Pacific Gas & Electric, the California utility that was one of the world’s biggest electricity companies, had a market value of US$25-billion. Two months later, its value was US$3-billion. Almost 90 per cent of its value, had, so to speak, been incinerated in the California wildfires disaster. The company was forced to declare Chapter 11 bankruptcy and is unlikely to emerge from legal limbo before the summer.

PG&E’s downfall wasn’t specifically triggered by climate change. But climate change almost certainly created the conditions – drought, high temperatures, high winds – that turned California’s northern forests into a tinderbox. One rogue spark is all it would take to create an inferno.

That’s exactly what happened on Nov. 8, 2018, when PG&E’s near-century-old Caribou-Palermo transmission line, north of Sacramento, broke, dropping a live wire to the ground. Within minutes, the Camp Fire was raging away and the nearby town of Paradise burnt to the ground. Some 14,000 houses were destroyed and 85 people were killed, making it the state’s most deadly wildfire.

The disaster might have been avoided if PG&E had paid more attention to the climate news. The company must have known that the endlessly dry conditions in California could turn the forests through which its transmission lines ran into kindling. Indeed, PG&E was well aware that sparks from its aging system were a fire hazard. According to a Wall Street Journal investigation, the Camp Fire was the 408th fire sparked by its equipment that year, and the 1,961st since mid-2014. It was just a matter of time before one of those sparks ended in tragedy.

Yet PG&E was slow to upgrade its transmission system, spanning almost 30,000 kilometres, and was apparently distracted by its obsession to pay ever-higher dividends and plunge into clean energy. So it handed a Minsky Moment to itself, in effect. A thorough assessment of its climate risks, coupled with a plan to mitigate them, might have cost billions. But it also might have spared a lot of lives and more than US$20-billion of market value.

In an interview with The Globe and Mail in late 2019, Mr. Carney, who was recently appointed as the United Nations special envoy for climate action and finance, said “the market ignores these [Minsky] risks. By the time they do realize them, there is substantial exposure.”

Coal companies have not had Minsky moments, but their valuations have plummeted. Peabody Energy, one of the biggest listed U.S. coal producers, has lost 77 per cent of its value in the past year as the dirty fuel takes on pariah status.

Unless they find ways to climate-proof their businesses, they risk seeing their shareholders flee. Enormous funds such as Chris Hohn’s TCI Fund Management are starting to make life miserable for climate laggards. Mr. Hohn, a Briton whose fund has US$30-billion of assets, is putting pressure on the companies in his portfolio, including Canadian National and Canadian Pacific railways, to disclose their carbon footprints and bring down their greenhouse gas emissions in a hurry. If they fail, he will vote to send their board directors packing, he says.

Nor is Australia having a Minsky Moment, but vast chunks of the continent are on fire – 14.5 million acres have been scorched since the early fall. The damage to the economy might reach hundreds of billions of dollars, depending on when the fires are snuffed out. But Australia’s climate change-skeptic government put virtually no systems in place to prepare for the inevitable fires even as it must have known, as PG&E must have known, that the drought had made the forests highly vulnerable to wildfires.

As Mr. Carney prepares to leave the Bank of England and delve into his UN climate job, the warnings he made a few years ago don’t look loony; they look prescient.

Business leaders talk the talk on climate change at Davos, but ‘jury is out’ on what action they’ll take
January 24, 2020 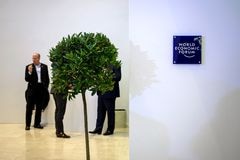 Group of central banks to study case for issuing their own digital currencies Subscriber content
January 21, 2020 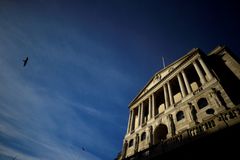