The momentous celebration of the Toronto Raptors’ championship victory highlighted the limitations of current wireless networks when it comes to keeping large crowds connected, something that could improve with 5G technology.

Hundreds of thousands of fans swarmed Toronto streets on Monday and, when the surge of smartphone users converged downtown midmorning, reports of intermittent or non-existent mobile data coverage quickly emerged.

Executives from BCE Inc. and Rogers Communications Inc. – co-owners of the Raptors and Canada’s two largest wireless carriers – took in the scene from the stage at Nathan Phillips Square, where the parade ended. City officials estimate 100,000 people gathered there and, with festivities throughout Toronto attracting more than one million revellers, wireless customers struggled to upload photos, send messages using iMessage or WhatsApp (which rely on cellular data), or search for updates on the parade timing.

“Our network was operational throughout the parade, but data service was definitely impacted to varying degrees in parts of the downtown core, especially in Nathan Phillips Square,” BCE spokesman Marc Choma said on Tuesday. Calling and texting over SMS were not “significantly impacted,” he said, but “during peak times during the parade, we experienced a 1,000-per-cent increase in data uploads compared to an average Monday afternoon.”

“Our network was carrying six times more traffic than usual at Nathan Phillips Square, which may have caused some of our customers to experience reduced data speeds in highly populated areas,” said Rogers spokeswoman Michelle Kelly.

Shaw Communications Inc., which owns regional carrier Freedom Mobile, said it sent technicians into the crowd throughout the day to test congestion levels. “Due to the massive increase in traffic from our customers in the even larger than expected crowd, at times our technicians found they were experiencing reduced speeds and network congestion in certain locations along the parade route, however phone calls and SMS messages were still able to be made in most situations,” said spokesman Chethan Lakshman.

Telus Corp., Canada’s third-largest wireless carrier, declined to comment for this story, noting that it operates a shared network with BCE and its network partner is responsible for serving the Toronto area.

“Like any system with limited capacity, if you massively overload it, you’re going to have a problem,” said Sascha Segan, lead mobile analyst for PCMag. Wireless service works by using radio waves to send signals between smartphones and the radios and antennas installed on cellular towers or cell sites often found on rooftops. To improve coverage in urban areas, carriers have been building even more “small cell” sites on city infrastructure such as lamp posts and inside buildings.

Each cell site can only serve a certain number of devices, Mr. Segan said. “Probably what happened is [the carriers] hit the number of addressable devices per cell.” Users would still occasionally be able to get coverage because “not every phone is trying to hit the network at every moment.”

BCE’s Mr. Choma noted: “With so many users attempting to access the network at the same time, network congestion can slow data speeds due to limited bandwidth.”

What does your phone say about you? Canadians share the story behind their homescreens

Opinion: How Canada can avoid making the Nortel mistake again

What can carriers do to avoid service failure?

“No network is designed to handle extreme crowds off the bat, but carriers do bring in mobile cell sites,” Mr. Segan said. These are sometimes called COWs (cell-sites on wheels) or COLTs (cell-sites on light trucks). “Any sensible carrier would have rolled in trucks for this kind of thing.”

Mr. Choma said that large-scale events are not unusual in Toronto, but BCE took extra steps in advance of the Raptors parade. “To prepare, we built a new cell tower at University and Queen over the weekend to provide even more capacity. We also added high-capacity hardware and software to multiple cell sites along the parade route and called in additional network team members to work through the weekend and on Monday.”

As part of continuing network improvements, Rogers has also made investments in capacity and coverage in downtown Toronto, Ms. Kelly said. “We recently installed a high capacity antenna in Nathan Phillips Square.”

None of the carriers commented specifically on bringing in additional mobile units to help with coverage for the parade.

Could this change in the future?

In addition to faster speeds and increased data capacity, the next generation of wireless technology is expected to support far more connections at the same time. Industry presentations suggest 5G networks will support up to one million connected devices per square kilometre (up from around 2,000 active devices per square kilometre covered by current networks). This has prompted much interest in “smart cities,” Mr. Segan said, which will have a “massive number of sensors, cameras and little intelligent connected gadgets on every block.” He said “5G networks can address a lot more phones when people gather in those locations too.”

5G networks will also use a mix of different radio waves, including ultra-high-frequency airwaves known as millimetre-wave spectrum. These do not travel far, but can support very fast speeds and carry huge amounts of data. “The mm-wave cells I’ve seen only have about a 200- to 300-metre radius, but that’s perfect when you’re in a sports stadium and have 80,000 people in one building,” Mr. Segan said.

“5G technologies on mid- and high-band spectrum will allow us to transmit higher data speeds and service to more customers in a given area than current 4G technologies are able to do,” Rogers’s Ms. Kelly said.

When will we actually get 5G service?

Carriers in the United States are already rolling out 5G service in some limited deployments but Mr. Segan notes that “even in bleeding-edge countries like the U.S., we’re not anticipating broad adoption until early 2021.”

The construction of 5G networks depends in part on the availability of spectrum. Canada held one auction for 5G airwaves earlier this year and the government is expected to hold the next one – for crucial mid-band airwaves – next year. It plans to sell mm-wave licences in 2021.

Opinion
What boards of directors can learn from the Toronto Raptors
June 19, 2019 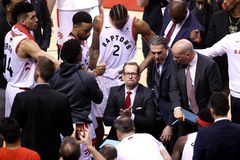 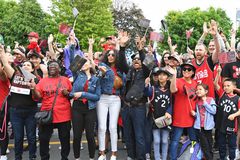 Opinion
Toronto Raptors are resetting perceptions of who Canadians are and what they might offer
June 14, 2019 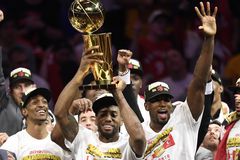