Bank of Nova Scotia’s chief economist is taking U.S. President Donald Trump to task for his measures and behaviour, warning that “additional erratic policymaking” could hinder the economy even more.

“President Trump has not yet made America greater,” Jean-François Perrault said in a recent global economic outlook.

“Markets are now convinced that the Federal Reserve will cut rates aggressively to offset some of these shocks, boost inflation and insure against possible future damages caused by the President’s interventions.”

Scotiabank projected the U.S. economy will expand at a slower pace of 2.5 per cent this year, slowing even further to 1.6 per cent in 2020.

Of course, much is riding on the outcome of U.S.-China trade talks, with tariffs already slapped on and more threatened.

Key to all of this as the U.S. heads toward its next election is America’s trade performance, given Mr. Trump’s call to arms during the last campaign and his efforts so far as he took on Canada and Mexico, and now China, with Europe and Japan possibly the next battlegrounds.

You don’t have to look too closely to see Mr. Trump’s failures, however, Mr. Perrault said.

“As Trump gears up for re-election, he will have to contend with a trade deficit that is 15 per cent higher than when he took office,” Mr. Perrault said

“He has failed to make progress on his central pledge to reduce America’s trade deficit,” he added.

“Since he believes the U.S. trade deficit is the result of unfair practices by America’s trading partners, he will naturally place the blame on them.”

This will escalate in the runup to the next election, Mr. Perrault said, with heightened “unpredictability” where trade and policy are concerned, even if the conflict with Beijing is resolved.

“He may shift his focus to exchange-rate policies, and has already laughably accused the European Central Bank of manipulating its currency as it contemplates easier policy in light of a slowdown in growth and weak inflation,” Mr. Perrault said.

“Tariff Man, as he has called himself, may move ahead with threatened tariffs on Japanese and European auto imports later in the fall,” he added, noting, too, that the President could change his recent tune and hit Mexico with levies if he determines his southern neighbour isn’t doing enough to combat the issue of refugees at the U.S. border.

“These bluffs, threats and policies are creating unnecessary uncertainty in the U.S. and elsewhere and are unquestionably leading to slower growth than could otherwise be the case,” Mr. Perrault said.

“He is endangering the very expansion he is trying to keep alive.” 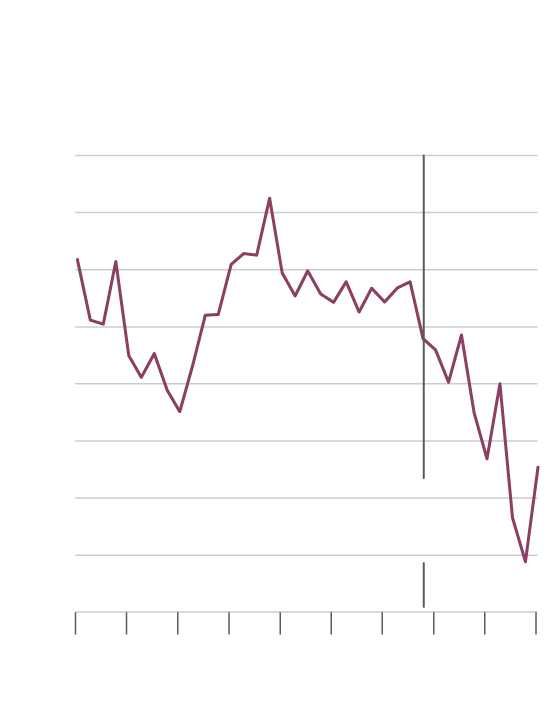 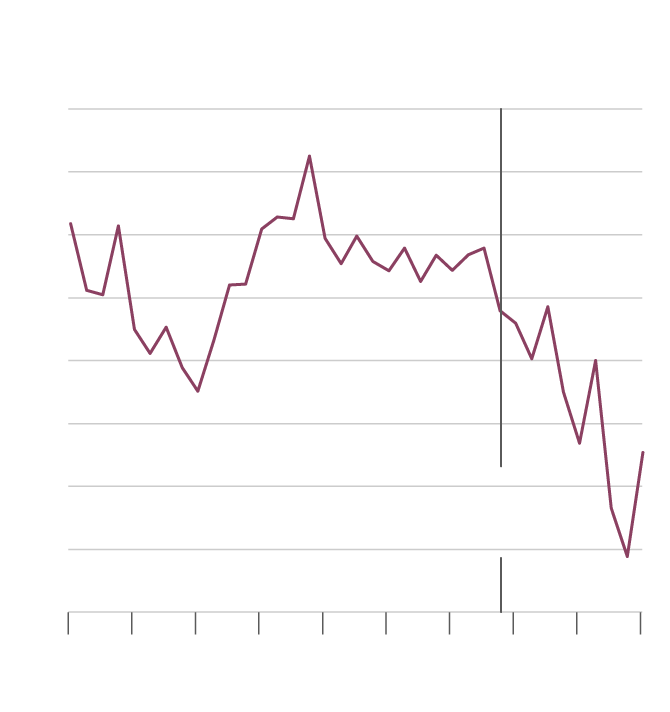 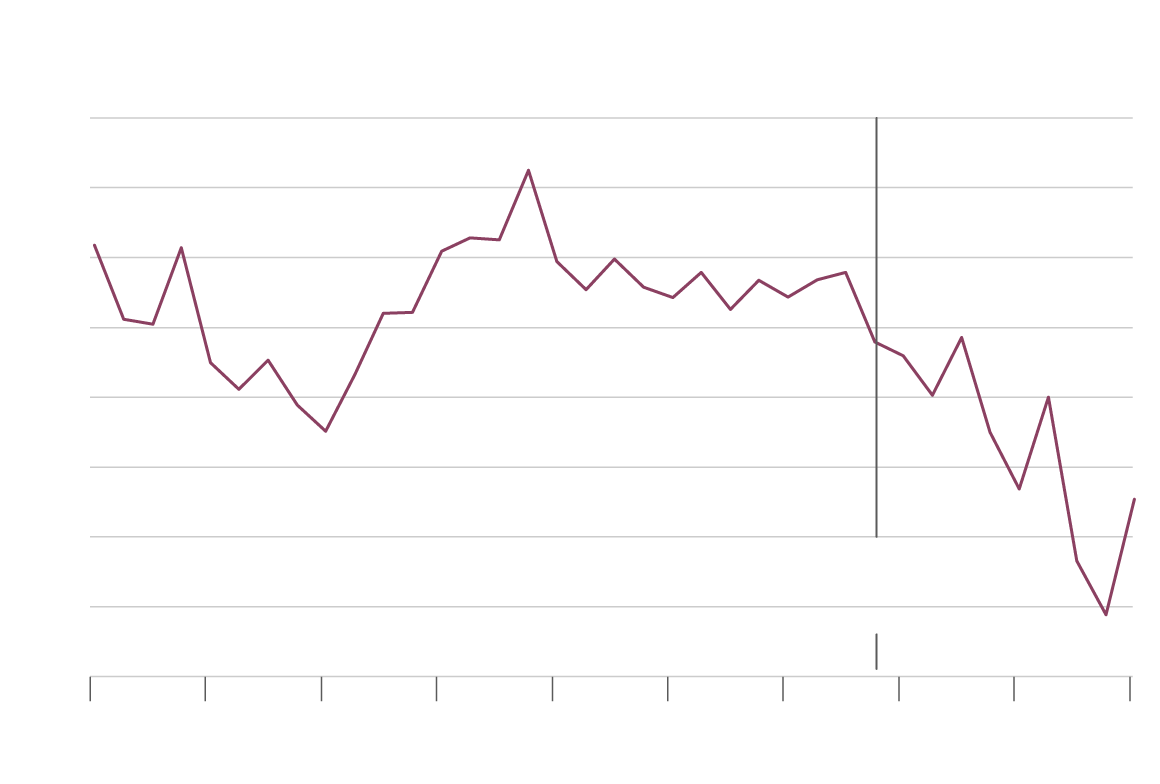 Then there’s the Federal Reserve, a favourite target for Mr. Trump of late.

The President has been pressing the central bank to cut interest rates, which it seems poised to do, regardless, as early as this month.

In virtually any other circumstance, it would be a no-no for a Western leader to stick his or her nose into monetary policy. Mr. Trump is so unique, of course, that markets are used to his behaviour.

While the Fed is expected to trim rates, the size and timing of said cuts is a topic of much speculation.

“While there is some question about the path of U.S. monetary policy going forward, what is certain is the President’s attacks on the Fed will continue, as he will look to assign blame for the slowdown in activity to anyone but him,” Mr. Perrault said.

Mr. Trump attacked the Fed again today, tweeting that, aside from rates, the central bank “must stop with the crazy quantitative tightening.”

He added that the U.S. is in a world competition and “winning big,” but that’s “no thanks” to the Fed.

“Had they not acted so fast and ‘so much,’ we would be doing even bigger than we are doing right now,” Mr. Trump tweeted.

“This is our chance to build unparalleled wealth and success for the U.S., GROWTH, which would greatly reduce % debt. Don’t blow it!”

Markets at a glance

Consumers pulled in their horns in May as retail sales in Canada dipped for the first time in four months.

Sales slipped 0.1 per cent, Statistics Canada said today, falling in four of 11 industries measured to account for 39 per cent of all retailing.

Driving the losses were lower results from food and beverage outlets, the agency said. Sales fell 2 per cent at supermarkets and grocery shops, and 2.7 per cent at beer, wine and liquor outlets.

If you strip out the impact of prices, overall volumes slipped 0.5 per cent.

CIBC World Markets senior economist Royce Mendes noted that the “weakness was relatively narrowly based,” with just four of the industries suffering.

The losses in food and beverage outlets was “odd for a series that should usually be quite consistent,” he added.

“As a result, some of that softness could turn out to be transitory, but from a longer-term perspective, real sales have still shown little growth since the start of 2017.”

The City of Toronto has started building walls of 4,000-pound cement blocks outside illegal cannabis dispensaries, after spending months exhausting other efforts to stop these storefront operations. Maria Iqbal reports.

From The Canadian Press: An era is about to end at the Laurentian Bank with customers no longer having access to teller services as of Monday in almost all of its branches.

From The Associated Press: AB Inbev, the world’s biggest brewer with brands like Budweiser and Corona, is selling its unit in Australia to reduce debt after it decided against listing shares in Asia. The company said it is selling Carlton & United Breweries for US$11.3-billion to Japanese rival Asahi Group.

From Reuters: Barrick Gold Corp. has struck a deal to buy out fellow shareholders in Acacia Mining after raising its offer to end a two-month standoff between the world’s second biggest gold miner and its African unit.

From Reuters: PepsiCo has struck a deal to buy South Africa’s Pioneer Food Group for US$1.7-billion, the companies said, lifting Pioneer’s shares and boosting a sector that has been hit by drought and tough trading conditions.

The board of CannTrust Holdings Inc. has hired Bay Street law firm McCarthy Tétrault LLP and appointed U.S. sporting goods executive Robert Marcovitch to lead a special committee that is investigating how the company illegally grew 12,700 kilograms of cannabis in unlicensed facilities, and who knew about it. Mark Rendell and Andrew Willis report.

The interest rate used in Canada’s mortgage stress tests has fallen for the first time since 2016, making it slightly easier to become a homeowner, Matt Lundy writes.

An Ontario bankruptcy trustee has launched an investigation after a developer failed to pay millions of dollars owed to investors who financed a housing development north of Toronto. Janet McFarland reports.

Follow Michael Babad on Twitter @michaelbabad
Report an error Editorial code of conduct
Due to technical reasons, we have temporarily removed commenting from our articles. We hope to have this fixed soon. Thank you for your patience. If you are looking to give feedback on our new site, please send it along to feedback@globeandmail.com. If you want to write a letter to the editor, please forward to letters@globeandmail.com.
Comments