Average compensation within Toronto’s technology industry is higher than ever and increasing faster than any other major tech hub surveyed worldwide.

According to a recent study by tech-job site Hired, the average salary of the city’s technology industry workers increased by 9 per cent in the past twelve months. The rate of growth ties with Boston and far surpasses other major hubs such as Seattle, Washington, Chicago, Paris, London and the Bay Area.

According to the annual study, which tracked the compensation data of more than 400,000 interactions made through the platform, which has 10,000 participating companies worldwide, annual compensation for the city’s tech workers averages $100,000, or roughly US$75,000.

While compensation levels are the highest that have been reported by Hired since they began tracking the data four years ago, they still lag the global average of US$129,000, and even further behind the American average of US$135,000.

“I think they’ll continue to catch up,” said Mehul Patel, the chief executive officer of Hired. “The question of ‘How quickly?’ is a more difficult one, but I think you’ll see a continual trend of these salaries going up.”

While Toronto tech workers are still earning a little more than half as much as those based in the Bay Area, Mr. Patel says the disparity is less extreme when adjusted for cost of living.

“Toronto is a lot cheaper as a place to live than the Bay Area, so there’s an advantage there,” he said. “A Toronto candidate would have to be paid $50,000 Canadian more in San Francisco than they are in Toronto to have the same quality of living.”

When adjusted for cost of living in the Bay Area – accounting for real estate, utilities, local taxes and transportation costs – Toronto candidates earn the equivalent of $151,000, according to the study.

The rapid growth in compensation for the city’s tech employees is in line with the rapid growth of the city’s technology sector more broadly. Toronto is currently North America’s fourth-largest and fastest-growing market for tech workers, according to a study by the CBRE group. In fact, Toronto has seen the creation of more tech roles since 2017 than the Bay Area, Washington, New York and Seattle combined.

The trend can be attributed to a number of factors, including significant recent investments from foreign tech industry giants, the success of homegrown tech companies and the increasing need for tech talent within non-tech companies, explains Pina Nicoli, the Metro market manager for staffing-services firm Robert Half Technology in Toronto.

“What we’re finding in the Canadian market is that the supply of talent isn’t growing at the same rate as the demand for that talent,” she said. “That’s created an environment where it’s very competitive when you’re going to market to hire technical professionals.”

According to Ms. Nicoli, one of the major contributing factors to that imbalance is interest in the city from industry giants such as Uber, Microsoft, Samsung and Intel. These companies and others have recently announced plans to invest millions into building their presence in the city, a trend she says is partly a result of the lower-than-average compensation levels for its workers.

“If you’re currently operating in Silicon Valley, you might have to pay $150,000 [U.S. dollars] for a role you could hire for in Toronto for $100,000 [in Canadian dollars],” Ms. Nicoli said. “Having these companies coming into this marketplace now further enhances what we’ve already seen in terms of the discrepancy between supply and demand, because there’s now even more competition in the marketplace.”

But if the lower-than-average salaries that are attracting foreign companies continue to rise, Toronto may lose some of its appeal, potentially slowing its growth.

At the same time, Ms. Nicoli said she is confident Toronto has enough appeal to maintain its popularity within the industry, even as compensation levels gradually inch closer to alignment with other major hubs.

She cites a weaker dollar, simpler immigration process and tax incentives as other reasons tech employers will continue to choose Toronto, even as average compensation continues to rise. After all, the study shows technology industry workers are still flocking to the city, despite the ability to earn more elsewhere.

“Salary is an important component, particularly once you adjust for the cost of living, but it’s not the only component,” Mr. Patel said. “It’s not purely salary; if that was the case, you would see everyone go to one or two high-paying markets, but that’s not what happens.“

Practical tips for building relationships that are productive and last Subscriber content
June 20, 2019 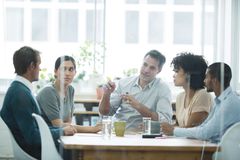 How to respond to feedback constructively
June 18, 2019 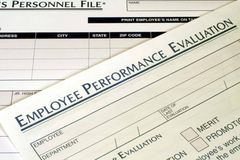 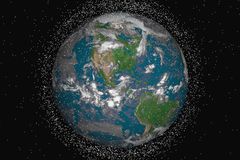