When Adrian Andrisca first heard of the Smartly MBA, he thought it would be "a fun little thing to do." He completed the 10-month online program while working full-time at a bank. It didn't cost him a cent.

"I think [the MBA was] enriching from a personal standpoint," he says. "Now from, let's say, a career standpoint? That's a bit more nuanced."

Mr. Andrisca, a business analyst who lives in Longeuil, Que., says this is because Smartly's MBAs aren't accredited.

This means the program is of more limited use than a regular MBA, disqualifying it, for example, from academia or some major companies. While Smartly is under consideration by the U.S.-based Distance Education Accrediting Commission, that doesn’t mean it will be recognized like a bricks-and-mortar degree in Canada.

There’s good reason for wanting an MBA. A 2018 Statistics Canada study, based on results from the 2016 census, found that those with a master’s degree in business and related studies earned about 28 per cent more than those with just a bachelor’s degree in the same field did.

It was also the most popular degree among Canadian master's degree holders. But MBAs don't come cheap.

A separate Statscan report says that on average, tuition for an executive MBA was $56,328, while a regular MBA was $27,397 in the 2019-20 academic year – that’s before other considerations such as the cost of leaving the work force to study. The result is that some potential students have turned online to advance their career and bypass debt load.

Some students create an ersatz “MBA” using massive open online courses – MOOCs – from elite universities, which are open access and designed for unlimited amounts of students. Meanwhile, at University of the People, an online-only university that is accredited domestically in the United States, you can take a free, year-long MBA online with a charge for sitting each exam.

He sees the program as being a fit for people moving from specialist workplace functions such as a programmer to managerial roles that require generalist business knowledge.

"They manage functions they haven't managed before, and the higher they go, the more the stuff they're managing looks like the curriculum of the MBA," he says.

Mr. Adams adds that an important feature of Smartly’s MBA programs – Smartly also runs a 12-month executive MBA at a cost of US$9,600 – is the global alumni network.

"There's value in having peers in Singapore that you can sort of reach out to if you're trying to build your business in Asia," he says.

Brian Golden, vice-dean of MBA programs at the University of Toronto’s Rotman School of Management, sees room in the market for programs such as Smartly, but stops short of calling them MBAs.

“It is some exposure to business concepts, it’s modest in commitment, modest in investment and, frankly, modest in outcomes,” he says. “But, if it’s done effectively, it can add something to someone’s tool kit.”

One issue Mr. Golden has is the amount of time students are expected to spend on their studies – according to a Smartly representative, students say they generally spend about three to five hours a week on the MBA programs. Its 2019-20 report states the program’s unique nature doesn’t “directly correlate with traditional calculations for credit hours per course.”

Mr. Golden says this is just "touching the edge" of what is learned in an MBA from a traditional business school.

Olivia Hoskin, a Toronto-based communications and marketing freelancer, agrees. She had a bachelor of commerce degree prior to the program, and describes the Smartly MBA as "probably a bit on the light side."

She wasn’t considering a traditional MBA, but found the Smartly course interesting because it was free and, if it became accredited, she had it in her back pocket. Mr. Adams hopes that accreditation will happen next year, along with a rebranding that will further broaden the program’s appeal and reputation.

Ms. Hoskin says the program gave her deeper exposure to accounting and finance, which makes a difference in how she runs her business, but not in the types of contracts she gets.

“If you’re just kind of looking for the letters MBA, you can put those on your LinkedIn, which is essentially what I did,” she says. “But I’m not expecting it to get me high-class consulting gigs or anything like that.” 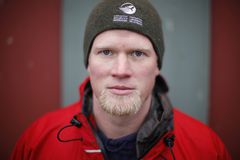 Your role in advancing the mental health conversation in the workplace Subscriber content
December 11, 2019 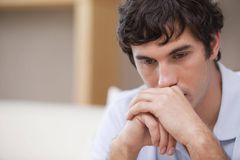 Winning traits of GTA’s top employers for 2020 show that the competition for talent is fierce
December 19, 2019 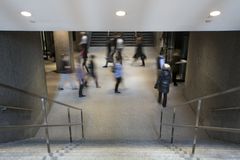 Follow us on Twitter @globe_careers Opens in a new window
Report an error Editorial code of conduct
Due to technical reasons, we have temporarily removed commenting from our articles. We hope to have this fixed soon. Thank you for your patience. If you are looking to give feedback on our new site, please send it along to feedback@globeandmail.com. If you want to write a letter to the editor, please forward to letters@globeandmail.com.
Comments are closed