Germany is the world’s fourth-largest economy. It’s the third-largest exporter in the world, behind only China and the United States, and by far the most export-intensive economy in the G7. It’s Europe’s biggest manufacturer.

It’s fair to say that Germany is a pretty decent proxy for the state of the globalized, interconnected world economy.

And it’s in trouble.

The German GDP report shook global financial markets Wednesday, and rightly so. It’s no exaggeration to say that Germany is on the brink of a recession. If you’re pretty much anywhere else in the world that depends heavily on global trade – such as Canada, for instance – this should be serious cause for concern.

Germany’s slump is definitive evidence that the trade worries that we have been wrestling with for months are now more than just “fears” or “risks” or “uncertainties” – whatever word you like to use to imply that they are something that may happen down the road, but haven’t transpired yet. They’ve arrived.

After all, consider that Germany’s unemployment is near a 30-year low. Domestic demand held its own in the quarter, as solid private-sector wage growth continues to support consumer spending. The services sector continues to show growth. The deterioration in trade is overwhelming all of that.

What’s more, Germany is a highly diversified exporter – this isn’t a question of being dragged down by a single export market. The two combatants in the U.S.-China trade war account for a combined 16 per cent of Germany’s exports.

No, this slump speaks – loudly – to just how bad the slump in world exports is becoming. Not only is the U.S.-China trade war no longer a “what if” in terms of its massive impact on global trade activity, but its effects are spreading in a highly interconnected global economy. Germany is Exhibit A in what the spillovers on global supply chains looks like.

And there’s reason to think that things will get worse in Germany before they get better. The country’s manufacturing purchasing managers’ index (PMI) for July, released earlier this month, indicated that new export orders are declining at their fastest pace since the financial crisis and Great Recession of 2009. The indicator suggests that demand for Germany’s exports, which is heavily tilted toward manufactured goods, is deteriorating further in the third quarter. Given that outlook, it’s only a matter of time before Germany’s still lofty employment and consumer demand are caught in the downdraft.

The potential for an all-out recession has drawn calls for the German government to increase its spending, to inject a dose of fiscal stimulus into an economy that quite clearly needs help. But the government is bound by its own balanced-budget laws and already sounds defiantly resistant to moving away from that. For now, about the best support its economy will likely get will be in the form of interest rate cuts from the European Central Bank – which now look to be a lock in light of the slumping German economic figures.

All of this should resonate if you’re sitting in Canada. While the Canadian economy isn’t as tilted toward exports as Germany’s is (exports are equivalent to 32 per cent of Canadian GDP, versus 47 per cent for Germany), the global export market is nevertheless a critical contributor to Canada’s economic growth outlook. And remember that Canada has much closer direct trade ties to the trade-war combatants than Germany does: The United States and China account for 80 per cent of Canada’s exports. This storm is destined to wash up on Canadian shores.

When it does, Canada arguably has less fiscal space than Germany to provide a spending stimulus to offset a global trade recession. Canada’s federal government is already running a moderate deficit and has been for the past four years. In an election year – and with those deficits under attack from the opposition parties as evidence of the current Liberal government’s financial mismanagement and broken promises – there may be very little room politically for the government to inject a spending stimulus.

Which means the ball may land with the Bank of Canada. The bank has so far resisted the growing trend among central banks to cut interest rates, citing a still solid Canadian economy and repeatedly stressing that the U.S.-China trade war contains upside risks to the economic outlook (i.e. a deal could be struck to settle the dispute) in addition to the downside. But as we see more of the concrete economic carnage from these protectionist clashes, the Bank of Canada’s lines of resistance may not apply for very much longer. 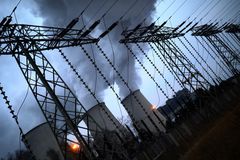 Germany tells its banks to set aside $5.9-billion in case of slump 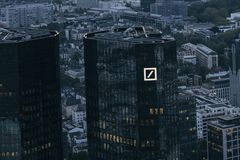