David ParkinsonEconomics Reporter
Published May 15, 2019 Updated May 16, 2019
For Subscribers

Three weeks ago, Bank of Canada Governor Stephen Poloz gave a press conference in which he laid out a bleak view of the Canadian economy.

The quarterly Monetary Policy Report that he presented painted a much more pessimistic picture of the first half of the year than most economists expected. Though the bank believed the slump was temporary, the economy was nevertheless slipping further away from its full capacity. More interest-rate hikes were no longer on the table.

By the time Mr. Poloz was done, the bond market had priced in a better than 50-50 chance that the bank would actually cut rates by the end of the year.

When the Governor heads into Thursday morning’s press conference for the bank’s annual Financial System Review, he’ll have a set of recent economic indicators in hand that beams sunshine all over the central bank’s cloudy view. So much so, in fact, that Mr. Poloz may face questions about how much of what he said just three weeks ago still applies.

The latest signal was Wednesday’s report on inflation. Statistics Canada’s consumer price index inflation rate was 2.0 per cent in April, up from 1.9 per cent in March and the fourth consecutive increase. After dipping as low as 1.4 per cent early in the year, the rate has quickly returned to the Bank of Canada’s 2-per-cent target, the bank’s main guide for determining interest rates.

The inflation report adds to the flow of undeniably upbeat data in the past week. The April employment report produced the biggest single month of job gains on record. The March trade report showed a strong rebound in exports. April housing starts surged to their highest in 10 months.

Toronto housing market looks to be thawing in May

Canadian exporters have a ‘lack of diversification’

Together, the indicators suggest that either the economy wasn’t nearly as bad as the bank thought a few weeks ago, or it is rebounding stronger and sooner than Mr. Poloz and his colleagues had imagined. For a central bank that has said repeatedly that its policy decisions will be guided by the data, those data put pressure on it to either change its message, or communicate some darned good reasons why it doesn’t need changing.

Of the bunch, the inflation indicator is the one the bank can most easily explain away. The upturn has been fuelled considerably by gasoline prices – which in April were pumped up by the arrival of the federal carbon tax. This is the kind of narrow, one-time inflation booster that the Bank of Canada typically shrugs off as a transitory distortion. Notably, the central bank’s three preferred measures for core inflation – which filter out short-term blips and the most volatile components – actually declined slightly, on average, to 1.9 per cent. The bank could argue that there’s still little evidence that underlying inflation pressures are running hot.

But when you take all the indicators together, there may be some meat on those inflation bones. In particular, the continuing boom in hiring in April showed signs of adding more stress on wage inflation – a key source of broader inflationary pressure.

The bond market, for its part, looked unsure of how to interpret the inflation data. Traders initially unwound a good chunk of their bet on a rate cut this year, trimming the odds to less than 20 per cent from nearly 40 per cent a week ago. But by the end of the day, they had nudged the odds back up to about 25 per cent.

It’s a sign that the markets are trying to guess how moved the Bank of Canada will be by the inflation numbers and other upbeat indicators. The central bank may emphasize the positive signs as vindication of its view that the slowdown was a short-lived (if pronounced) hiccup. Alternatively, it may play down the upturn as a predictable, yet unsustainable, bounce-back from weather-related interruptions in an unusually harsh winter. Or it may argue that a few strong indicators for a single month aren’t sufficient to rewrite its outlook – a wait-and-see stance.

Market participants will certainly be parsing Mr. Poloz’s words carefully in search of some much-needed clarity. Officially, Thursday’s press conference is meant to discuss the bank’s Financial System Review, its assessment of risks to the country’s financial stability – expect things such as household debts and the housing sector to be front and centre. But reporters are free to question the governor on anything, and it’s a good bet they will ask him to square the flow of economic data with the bank’s forecasts.

The wait-and-see approach would satisfy almost no one, but it might be the most prudent. Two short weeks from now, the bank will announce another interest-rate decision, followed the next day by a speech in Calgary by senior deputy governor Carolyn Wilkins that will update the bank’s views on the economy. Frankly, the bank could use those two weeks to more thoroughly dissect the recent flood of good news, and come up with its best guess on just how good – and how sustainable – it really looks.

Canadian housing markets perk up, but not everyone’s sharing the wealth Subscriber content
May 15, 2019

Canada’s inflation rate hits 2 per cent in April as carbon tax pushes up gas prices
May 15, 2019 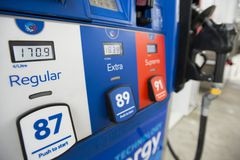