Joe Canavan
Contributed to The Globe and Mail
Published October 16, 2019 Updated October 16, 2019
Comments
Please log in to listen to this story. Also available in French and Mandarin. Log In Create Free Account

Joe Canavan is chief executive officer of NEXT Canada, a national organization that supports young innovators

Wherever the federal election takes us, we need to push Canadian startups to the top of the agenda and create an ecosystem where they can truly thrive. It must happen now. That means governments, corporations and accelerators collaborating as a powerfully united force of three. Anything less puts Canada and Canadians in danger of losing out on jobs, innovation and economic growth today and for generations to come.

Our intrepid Canadian start-ups create about 40 per cent of new jobs. This isn’t a question of whether startups matter. Rather, it’s: what can we do differently to help them succeed?

The Narwhal Project, an examination of the factors that lead to the creation of successful technology companies, has found that despite billions of dollars in government spending to improve Canada’s innovation economy over the past 50 years, a crucial challenge remains: our inability to scale companies to a world-class size. The failure rate for startups here hovers around 85 per cent. And while companies in the United States have been founded and hit the much sought-after mark of $1-billion in revenue – unicorn status – in the past four years, we haven’t seen one in Canada since 2015. Clearly, something’s not working.

The Global Startup Ecosystem Report 2019 shows that 70 per cent of unicorns’ success factors depend on the ecosystem itself. We can see that’s true in places where the right environment exists. At NEXT Canada, we create an ecosystem for startups where the failure rate drops significantly. It’s a comprehensive approach that brings together a solid academic curriculum, leading professors from top universities, mentorship and network access. Others are achieving similarly powerful results – OneEleven, Creative Destruction Lab, DMZ and Communitech, to name a few.

It’s time to take that ecosystem approach to the next level if we really want to broaden our collective impact and become a country that fosters startups, and long-term growth. This is about strengthening the collaborative ecosystem among governments, corporations and accelerators to create world-class winners.

Policies matter. The Global Startup Ecosystem Report 2019 found a positive relationship between policy actions and ecosystem performance regarding funding. Success also comes from policies that encourage innovation to keep our best and brightest growing and scaling up – including tax policy that encourages risk taking and rewards success. That report found most of the top startup ecosystems in the world had a strong national regulatory environment that encouraged priorities like intellectual property commercialization.

In Canada, we’re not starting from zero. The knowledge network Startup Genome pegged Montreal as a city worthy of a startup’s consideration. Why? A range of local research and development tax credits that could help some companies leverage their R&D spending by five or six times, bolstered by national tax credits. They also pegged Toronto-Waterloo and Vancouver among the top 30 global startup ecosystems. Clearly, we have momentum. Let’s start considering more matching programs whereby government and corporate partners co-invest to make a real impact.

Engagement among established companies matters. The strength of the ecosystem depends on what we can achieve when we match financial contributions with people sharing their experiences. The startups nurtured through NEXT Canada programs alone have driven a $319-million uptick in the Canadian economy since we started in 2010. Much of that success is linked to the experience corporate Canada contributes to the programming we offer.

Everyone is pitching in, from the executive-level leaders and entrepreneurial dynamos donating their time at our podium to the partners opening the doors to new relationships, and the businesses out there asking which NEXT Canada startup can help them solve a given challenge. Let’s start more conversations about the many ways established companies can get involved in the ecosystem to spur progress.

Accelerator co-operation matters. The federal Department of Innovation, Science and Economic Development has been working with policy leaders and stakeholders to develop a performance measurement framework for business accelerators and incubators (BAIs) in Canada. Accelerators and incubators have a part to play in a startup’s growth. It’s up to us to co-operate in ways that speak to our Canadian strengths. We are more than the sum of our parts. Let’s start working together to define our collective strength as a co-operative force like nothing the world has ever seen.

This is Canada’s time. The startup potential in this country is astronomical. Let’s embrace this opportunity and work collaboratively to enhance our productivity, and ultimately, our prosperity as a nation. The sky could very well be the limit if we deliberately and purposefully make it so.

Back to the boom: Canadian tech sector posts biggest quarter for financing since the dot-com bubble Subscriber content
October 6, 2019 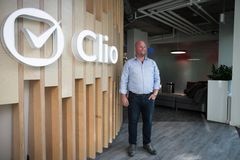 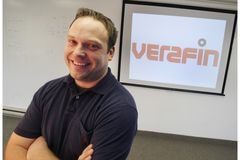 The three threats to investors right now, a stock that benefits from trade angst, and how to find out how much CPP you’ll get
September 23, 2019 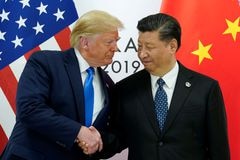