North American employees frequently complain about the long hours they are expected to work, the forced overtime, the complete and utter lack of work-life balance. Thing is, the companies they work for just as frequently brag about their respect for the quality of life they espouse for their workers. In contrast, Chinese e-commerce giant JD.com this week was revealed to have written an admirably honest e-mail saying that yes, they wanted workers that gave their all to the company and what they really wanted was workers who did that while working as cheaply as possible. Still, whether we are talking about Canada or China, that culture of squeezing workers as much as possible may be a better strategy for the short term as opposed to the longer one.

The aforementioned e-mail from JD.com comes after a push by young Chinese workers in the tech sector to cut down on the brutal hours that are a norm for their industry. It did not start as a marching-in-the-streets kind of protest, but rather some posts on Microsoft’s GitHub Inc., which is described as the world’s largest code-host. From there it spread to other Chinese social-media sites where users have distilled it down to a push-back against a “996” work culture (the practice of working 9 a.m. to 9 p.m., six days a week) that is frequently the norm for young workers.

Although the JD.com e-mail was of course put out in Chinese, the translation, according to business news website Quartz, is something along these lines: The company is putting underperforming staff on notice and it is defining them as those who do not keep “fighting” to work more “regardless of performance, position, tenure, personal well-being issues or family reasons"; those with poor performance; and those whose pay was disproportionate to performance. Oh, and overpaid people need to make way for “younger people with lower costs,” unless they would like to take a salary cut. Brutal stuff.

With the exception of poor performance, a reasonable cause for dismissal, the list of reasons for dismissing the JD.com tech workers are enough to start some indignant cries of “It can’t happen here" from across North America. Except, of course, it does. After all, what company does not want robot-like workers (or actual robots, where available) who do not whine incessantly about spending time with their families or ask for raises that go along with seniority? Ask around, and any number of people will tell you that the exact same thing happens where they work, the only difference being that management would never own their intentions publicly or put them in an e-mail. Many companies do not hold those values, of course, and sincerely believe that they can get better performance out of their workers by taking a less draconian approach, but at the core of it the non-whining robot workers are pretty appealing.

In one sense, it is a surprise that Chinese tech employers are so dismissive of worker needs given that there has already been a drop in the number of young workers available to them. Thanks to the one-child policy, the population between the ages of 20 and 30 is on the decline, and according to United Nations projections will be 22 per cent lower in 2020 than it was in 2015. But the economy in the tech sector is apparently falling even faster than the available population, which is presumably what is prompting the layoffs. If the sector picks up, however, the companies putting the policies in place may regret their decisions, given that the number of young workers is expected to continue to decline through 2025 and more or less plateau after that. In a larger sense, a country that wants to encourage people to have more children to eventually take care of its aging population would also probably be better served by a business sector that had different views.

As for North America, the tail end of the millennial population has been entering their 20s in recent years, which kept the supply of young workers rising. That is about to shift though, with the number of twentysomethings projected to fall at least through 2025 before rising slightly after that. In Canada, UN projections show a decline of 7 per cent in this cohort between 2020 and 2025, and only a 2-per-cent increase in the five years after that. Companies who want to build long-term work forces would presumably be well-advised to bring in young workers now, while they can still get them, and perhaps even treat them well.

Of course, companies could gamble on not needing to build good work forces for the long term. Automation is getting stronger all the time, and those robots are only getting smarter. It could well be that the future will not be dependent on workers at all, so that short-term human-resource policies are all that need to be considered. If so, 996 may well be the way to go. Any company that thinks differently, though, may want to take a different tack and realize that longer workweeks for workers may eventually mean short-changing their own interests.

Self care and productivity are not mutually exclusive
March 29, 2019 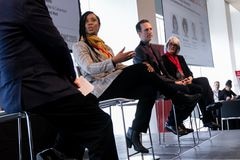 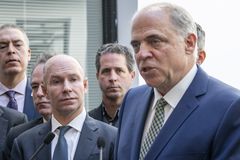 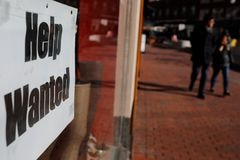