You’re not old, you’re perennial. Or if you’re not, some of your co-workers likely are. The more mature part of the work force is growing quickly, in size and by extension in importance. Coming up with a new name for them is one challenge, but it pales alongside the challenge of coming up with new policies for dealing with them, let alone a new mindset.

Actually, perennial is not a bad word to describe the aged-over-55 work force that is taking shape in North America. After all, the word is defined by the Google dictionary as meaning “lasting or existing for a long or apparently infinite time; enduring or continually recurring,” both of which are apt descriptions of older workers. Before looking at the implications of each, though, let’s take stock of just how big this part of the work force is in North America.

Back in 1976, just under 12 per cent of jobs in Canada were held by those aged over 55. As boomers and Xers streamed into the work force, that percentage fell over time, going to just under 10 per cent in the mid-1990s. That trend reversed as the first wave of the boomers grew older. The percentage started to climb by around 2001 and continues to climb. Some of that has to do with the fact women have entered the work force in droves (earlier generations of women were less apt to have jobs when younger, so they did not have them when older either) but there is more to it than that.

The stark reality is fiftysomething workers these days are looking at retirement years that will not include the kind of employer-sponsored pension those who matured a decade or two earlier enjoyed. That might have been okay if everyone had saved more or made a ton in the financial markets (or even stayed married to their original spouse and kept their assets intact) but those things did not always go as planned. So of course labour force work seems like a good idea, and people are less likely to give it up. That is why as of the November jobs report, 21.5 per cent of the jobs in Canada – over 1 in 5 – were held by someone aged over 55. The figure is even higher in the United States, where 23.5 per cent of work is being done by someone aged over 55.

For now at least, it is a good thing those perennials are lasting and enduring and recurring to take the work that is offered. After all, the unemployment rates in Canada and the U.S. are hovering at their lowest levels on record, suggesting those workers are in demand. You can probably even thank them for keeping interest rates as low as they are. As of 2017, nearly 38 per cent of those over 55 participated in the labour force, meaning that they were either working or actively looking for a job, as compared to 24 per cent two decades earlier. If this generation of over-55s had the same labour force participation rate as in 1997, the labour market would be that much tighter, and wages and prices – and interest rates – would be rising that much faster.

Depending on who you are, all of this may seem like good or bad news. For everyone who thinks higher interest rates are a bad thing there is someone who would trade them for a meaningful raise. And of course as much as “perennials” is a catchy name, no doubt there are younger workers who prefer to hiss that the “grey ceiling” is stopping them from getting any kind of promotion.

But like it or not, the perennialization of the work force is only going to get more entrenched. The last wave of the baby boomers is reaching their mid-50s, and nothing suggests they will be in a hurry to retire. It is an international trend, with the U.S. Bureau of Labor Statistics predicting by 2024 workers aged over 55 will be the largest segment of that country’s work force, something already happening in countries such as Japan.

Having an older work force will present its challenges. Some of them will be physical ones that can be solved relatively simply by doing things such as providing ergonomically friendly chairs or larger computer monitors. Others will be more difficult, although not impossible to navigate. All things being equal, studies show workers are most productive when aged between 35 and 44, partly because that is when they have the best technical skills. Older (and younger) workers could also boost their productivity but it may take training to ensure they get there.

In looking at the situation in Asia – where countries such as Japan and South Korea are aging rapidly – the World Economic Forum recently voiced their support for continuous training of all workers, including those close to traditional retirement age, as a way to raise productivity. For that to happen in meaningful ways will require co-operation from many sides, including unions, government, firms and workers themselves, all of whom may have their own reasons for being reluctant to take on the task. Reluctant or not, it is a project worth pursuing. Perennials are going to be perennial participants in the work force and getting the most out of their participation can only be a positive for their employers and for the larger economy.

Does your organization treat customers better than you, the employee?
December 20, 2018 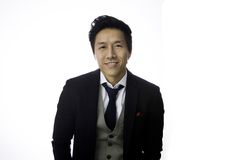 Baby Boomer retirements will cause a huge wave of business transfers: CFIB
November 28, 2018 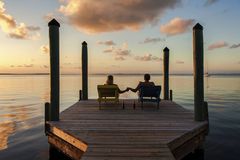