Joshua Gans is a professor of strategic management at the University of Toronto’s Rotman School of Management. Its Creative Destruction Lab is a founding partner of the Libra Association.

An ad comes on your Facebook feed. Somewhat surprisingly, this looks like something you would like to buy. You click and then you are asked for more details. Where to ship it? Which colour? And when you are done, please enter your credit-card details. Unless you have memorized the card number, you have to fumble around for it, the expiry date and whatever a CIC number is. And that’s if you have your card with you. Maybe you won’t buy the thing after all, or will wait until later.

While there is part of us that would like to believe that we make considered shopping decisions, retailers know that “the moment” can matter. Sometimes that is bad for us – having us buy something when we don’t really want it. Sometimes it can be good – remembering to deal with a long-standing problem or taking advantage of a sale. Either way, marketers know that the closer you can place an ad to the point where you can complete a transaction, the better off the ad will be. And if it is that last part of “how to pay” that trips you up, that is a tragedy in the making.

The reason Facebook is the profit engine it is, is because the ads it presents are very effective at bringing consumers to a point of sale on the internet. That is valuable. But how many of those ad “clicks” convert to sales depends on how easy it is for a consumer to complete the transaction.

For as long as the internet has been around, the issue of easy payments has been desired. Progress was made with services such as PayPal, but it still required some steps to make it all work. Mobile devices brought about another layer, with services such as Apple Pay and Google Pay allowing one-touch payments, but even those work best when integrated in specific apps. And then there are payment systems that are platform specific, such as those saved with Amazon or Shopify. But “saved” payment methods are also the ones that are most vulnerable to hacking. And none of these really provide the leap from ad to sale in the least steps possible.

Enter Facebook Pay. This is Facebook’s payment system that will be built into Facebook, Messenger, Instagram and WhatsApp. It will allow users to send money to each other but, most critically, will allow a user to see an ad on Instagram, and then buy the product then and there. Friction will be removed from the system and this will make ads all the more effective. To be sure, you might be worried about the impulse purchase, but will the Red Cross be worried if you donate quickly for hurricane relief? And, you’ll receive a tax receipt immediately.

Facebook Pay is available in the United States first (isn’t everything?), but will likely come to Canada as soon as Facebook intends it to go global. But hang on a second? Didn’t Facebook announce just a few months ago that it would be doing payments using a new cryptocurrency called Libra? Why does it need both Facebook Pay and Libra?

There are some differences between the two. First of all, Facebook Pay is available in your local currency. Want to buy something that is available in the U.S.? Well, you are still liable for any exchange-rate fluctuations. So Facebook Pay removes one friction but doesn’t quite enable a “consumer-friendly” global payment system that would not be vulnerable to currency swings. By contrast, Libra will be a currency that is pegged to a basket of other currencies. To be sure, there will be fluctuations but, as a consumer, you may be less exposed to such risks.

Second and most critically, Facebook Pay is closed and available only on Facebook apps. Libra is governed by an association (eventually of 100 or so members) of which Facebook is only one. It is intended to be used anywhere – not just on Facebook’s platforms. That is, it is an open system and allows even Facebook’s competitors to offer payment products that will make it easier to go from ad to purchase without fuss.

In other words, on the face of it, Libra is likely to be better for consumers than Facebook Pay, even if the latter is potentially better for Facebook. So why, given that Libra was promoted and proposed by Facebook, are we even seeing Facebook Pay?

The likely reason is that Facebook can’t wait for Libra. Facebook Pay is something that it can roll out right away and build to compete with some of the Chinese products such as Alipay and WePay that are spreading beyond China. Not only that, China has announced plans for its own cryptocurrency with more payment opportunities internationally.

By contrast, since its announcement, Libra has been bogged down in regulatory review and political displays of concern around the world. We saw this just the other week with Mark Zuckerberg being asked to appear before Congress to answer those worries.

Payment innovation is coming. There are options available that are platform-agnostic and competition promoting. Surely it would be a tragedy to see those options put aside because doing the normal, closed thing is familiar and, hence, easy to navigate politically. 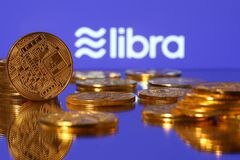 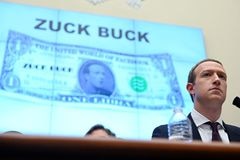 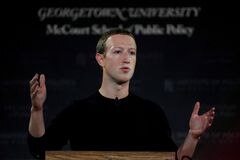