Energy bills are set to fall for millions of households in Britain this winter after the country’s energy regulator told suppliers to reduce bills by 6 per cent from Oct. 1, following a drop in wholesale gas and power prices this year.

The regulator, Ofgem, said the price cap for average annual consumption will fall by 75 pounds to 1,179 pounds from Oct. 1. In April the cap was raised by more than 10 per cent to 1,254 pounds.

“Wholesale energy prices have significantly fallen between February and June 2019. A combination of low demand during the winter, strong gas supply and relatively healthy storage levels have pushed down wholesale prices,” Ofgem said in a statement.

Wholesale U.K. gas and power prices have steadily lost up to half their value since last September.

Ofgem was tasked with taking action by parliament last year after lawmakers said customers were being overcharged for electricity and gas.

The price cap applies to the so-called standard variable tariff (SVT), the most popular type of rate offered by the big six, as well as to other default deals, and is intended to be a temporary measure lasting until 2023 at the latest.

Around 11 million customers are on SVTs.

Last month, the Competition and Markets Authority made changes to a prepayment meter cap which will lower costs by 25 pounds a year for another 4 million customers.

Dermot Nolan, chief executive of Ofgem, told journalists that the difference between SVTs and other tariffs will likely fall in the coming months but there are still cheaper tariffs available which people can choose to switch to.

“I do not think the cap is conservative. If you look at the pressure it has put on energy supply firms to make efficiency cuts and up their game....then it is not a ‘soft-touch’ price cap,” he said.

The shares of UK-listed Centrica and SSE were little changed. German energy group E.ON posted a 75 per cent drop in operating profit on Wednesday at its retail unit, as the U.K. price cap in squeezed margins.

Months of weak gas prices have hurt the bottom line of some gas suppliers such as Centrica, which reported a near 50 per cent drop in adjusted operating profit for the first half of 2019, sending its shares to a 21-year low.

Ofgem reviews the default tariff cap each April and October and can adjust it according to changing costs such as wholesale energy prices.

It is calculated using a formula that includes wholesale gas prices, energy suppliers network costs and costs of government policies, such as renewable power subsidies.

Ofgem said the wholesale energy cost part of the cap fell by 75 pounds to 446 pounds and other costs, such as VAT and supplier profits, fell slightly.

“These reductions offset cost increases totalling 7 pounds of other elements such as operating costs, network charges and environmental schemes, resulting in an overall reduction of £75 in the level of the default tariff cap,” Ofgem added.

Ofgem has estimated that the default tariff cap would have reduced the price of average SVTs from the six largest suppliers by 75-100 pounds per year since April 2015 had it been in place since then.

“(This) shows these suppliers have consistently charged more than the indicative level of the default tariff cap, which reflects the estimated costs of an efficient supplier,” it said. 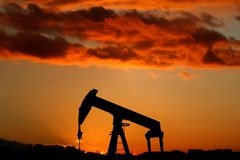 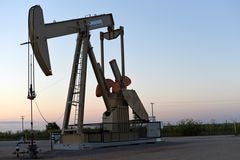 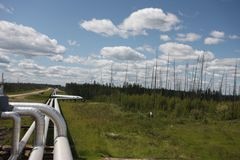