The Governor of India’s central bank, Urjit Patel, resigned abruptly on Monday after a months-long tussle over policy with the government that has raised concerns about the bank’s independence as a national election nears.

Government officials have been pressuring the Reserve Bank of India to allow some bad-debt-laden public sector banks to lend more easily, and pushed for it to hand over some of its surplus reserves to help fund the fiscal deficit.

Prime Minister Narendra Modi’s ruling Hindu nationalist Bharatiya Janata Party, which must call national polls by May, faces anger in rural communities because of slumping farm incomes, and broader concerns about a lack of jobs growth in small businesses that are finding it hard to get banks to lend them money.

Getting control of the reserves would give the government more flexibility in spending on welfare policies and farm support schemes.

Mr. Patel cited “personal reasons” for his decision to immediately step down.

His resignation came four days before an RBI board meeting, and at a sensitive time for the government.

On Tuesday, votes in key state elections are due to be counted, with exit polls suggesting the BJP could suffer some major defeats at the hands of the opposition Congress party.

That scenario, and Mr. Patel’s resignation, are expected to roil Indian markets. On Monday, forward contracts tracking the rupee against the dollar outside of market hours posted their biggest fall in more than five years.

That added to earlier losses caused largely by concerns – triggered by the state exit polls – that next year’s election might end with a defeat for the pro-business Mr. Modi and a weak coalition government, leading to policy uncertainty.

Investors will want to know quickly who Mr. Patel’s replacement will be, and how that will affect the direction of financial and monetary policy, analysts said. There was no clear front-runner, but one name being mentioned was former finance secretary Hasmukh Adhia, who retired at the end of November.

While not commenting directly on Mr. Patel’s exit, Moody’s Investors Service said on Monday any signs the government was attempting to curtail the RBI’s independence would be a credit negative.

“We currently assume that the RBI will continue to pursue price and financial stability and implement policies toward these goals,” the agency said in an e-mailed statement.

Mr. Patel announced his departure in a short statement on the RBI’s website in which he said that “on account of personal reasons, I have decided to step down from my current position effective immediately.”

Mr. Modi suggested he had not wanted Mr. Patel to leave. On Twitter, the Indian leader praised Mr. Patel as a “thorough professional with impeccable integrity.”

“He steered the banking system from chaos to order and ensured discipline. Under his leadership, the RBI brought financial stability,” Mr. Modi tweeted. “He leaves behind a great legacy. We will miss him immensely.”

Even before Mr. Patel’s announcement, the 10-year benchmark Indian government bond yield rose the most since September, and stocks posted their worst close in four weeks, with the broad NSE index losing 1.9 per cent.

The pressure on him had been building for some months.

The government has made clear it was not happy with the RBI’s policies and stacked its board with pro-BJP representatives.

Former RBI governor Raghuram Rajan, who did not take an extension after his term ended in September, 2016, said Indians should be concerned about what was happening.

“We should go into the details on why there was an impasse which forced [Patel] to take this ultimate decision,” Mr. Rajan told the ET NOW television channel. “The strength of our institution is really important.”

Within the RBI there was a combination of anxiety and relief at the announcement.

“It was very shocking ... morale of employees is very down,” said one RBI official who has been with the central bank for more than a decade. “This is [a] very sad moment.”

But another official said Mr. Patel was often inaccessible to key financial market players and had stifled discussion within the RBI, and that now it might be possible to open up more.

“Finally things will come to peace. I can talk more openly,” this official said.

The officials asked not to be named due to the sensitivity of the matter.

The rift between the government and the central bank became public in late October when RBI deputy Governor Viral Acharya warned in a speech that undermining a central bank’s autonomy could be “catastrophic.”

He referred to a meltdown in Argentina’s financial markets in 2010 after a struggle between the government and the central bank over who controlled the bank’s reserves.

Last week, Mr. Patel declined to answer reporters’ questions about the rift with the government, which former government officials and analysts said they were convinced was a major factor in his decision to quit.

There was speculation a month ago that Mr. Patel might quit over the government pressure, but the rumours eased after the two sides reached an uneasy truce ahead of last month’s RBI board meeting.

“The timing just before this week’s board meeting suggests that there’s still a huge gap between the government and RBI positions on key issues,” said A. Prasanna, head of research at ICICI Securities Primary Dealership in Mumbai. “Markets will now hope that the government has a plan of action ready so as to restore calm.” 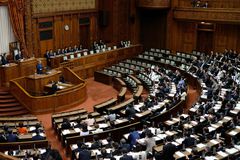 Asian oil and LNG markets are both oversupplied. So why are prices so different? Subscriber content
December 7, 2018 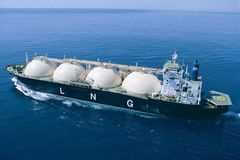