Bayer AG has not offered to pay billions of dollars to settle claims in the United States related to the Roundup herbicide, mediator Ken Feinberg said, dismissing a report to that effect which drove its shares as much as 11% higher.

“Bayer has not proposed paying $8 billion to settle all the U.S. Roundup cancer claims. Such a statement is pure fiction,” Feinberg said in an e-mail on Friday. “Compensation has not even been discussed in the global mediation discussions.”

Bayer shares, which had shed some of their gains before Feinberg’s statement, retreated further and closed up 1.7% at 64.63 euros.

Bayer, which acquired Roundup and other glyphosate-based weedkillers as part of its $63 billion takeover of Monsanto last year, declined to comment on the initial Bloomberg news report and on Feinberg’s response.

Bayer Chief Executive Werner Baumann last week said the company would consider settling with U.S. plaintiffs only on reasonable terms, and if it “achieves finality of the overall litigation.”

He added at the time the group was “constructively engaging” in a court-ordered process with mediator Feinberg on the cases heard in federal court. Most of the pending cases, however, have been filed with U.S. state courts.

Feinberg added that any efforts by Bayer towards a comprehensive settlement were tied in with the mediation proceedings overseen by him. “These are all part of the same mediation process.”

Bayer shares have lost more than a third of their value, or roughly 30 billion euros ($34 billion), since last August when a California jury in the first such lawsuit found Monsanto should have warned of the alleged cancer risks from Roundup.

The German drugs and pesticides company has engaged in negotiations with plaintiffs’ lawyers, two sources familiar with the matter told Reuters.

“The problem is, how do you get the plaintiffs to climb down from their very high expectations? None of the jury verdicts so far have been favourable for Bayer,” one of the sources said, adding that talks were focused on basic questions such as how to handle potential future claims.

Bayer said on Friday that the next U.S. glyphosate lawsuit initially scheduled to be heard in St. Louis, Missouri, this month would be postponed to Jan. 27, 2020, and that a following St. Louis case slated for September had also been postponed.

The German company may benefit from having cases heard in the city where Monsanto was headquartered and where Bayer manages its global seeds business. But Missouri is also known for juries that often hit companies with huge damages.

Bloomberg said the delays had been pursued by Bayer to allow for undisturbed settlement talks.

The initial unfavourable court rulings in the first three glyphosate cases, heard in California, have at times dragged Bayer’s market value below what it paid for Monsanto, although the shares are now trading above that level.

The company, which says regulators and extensive research have found glyphosate to be safe, has previously said it was banking on U.S. appeals courts to reverse or tone down three initial court rulings that have so far awarded tens of millions of dollars to each plaintiff.

Bloomberg cited three sources familiar with the discussions as saying Bayer’s lawyers were seeking an accord to resolve all current and future cases. Talks over cases that have yet to be filed were particularly tricky, the report added.

While Bayer has indicated it could pay $6-$8 billion, plaintiffs’ lawyers want more than $10 billion to drop their claims, the report said.

An estimate of a $20 billion hit from the litigation has previously been reflected in the share price, while a likely litigation settlement liability was in the mid single-digit billion dollar range, Bank of America analysts said in note.

They kept a “neutral” rating on the stock, citing uncertainty over Bayer’s fortunes in the appeals process – with the first appeals verdict expected by the end of the year – and whether a settlement could be achieved before that.

The number of U.S. plaintiffs blaming Roundup and other glyphosate-based weedkillers for cancer had continued to rise by 5,000 to 18,400, Bayer said last week. 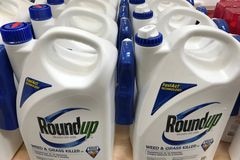 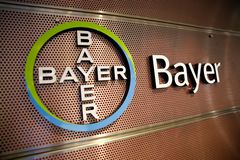