German Chancellor Angela Merkel has fended off growing calls for more fiscal stimulus by citing the slow outflow of existing federal funds – but data suggests the money is indeed being used up as local-authority bottlenecks gradually clear.

With Europe’s largest economy on the brink of recession and borrowing costs at record lows, Ms. Merkel has faced pressure at home and from abroad to ditch her pledge to target balanced budgets and instead boost public investment by taking on new debt.

Ms. Merkel and her conservatives say Berlin has already earmarked billions of euros in investment for schools, nurseries and hospitals but that local authorities have spent only a fraction of this windfall.

But this excuse seems no longer valid: Figures from the Finance Ministry show that towns and municipalities are now tapping the federal government’s funds more actively, suggesting that planning and labour bottlenecks are easing.

Of €3.5-billion ($5.2-billion) earmarked in a municipal infrastructure fund for investment in schools, nurseries and hospitals (KInvFG I), local authorities have applied for nearly €3.4-billion, the data showed – roughly 96 per cent of the overall amount on offer.

Of another €3.5-billion put aside by the government in 2017 for school renovations (KInvFG II), authorities so far have tapped €2.4-billion, or 69 per cent.

“As you can see, the program is running very well,” a Finance Ministry spokeswoman said, adding that the take-up had jumped by nearly €2-billion over the past 12 months.

“The figures show that there is planning progress in most federal states and that financially weak municipalities welcome the financial aid from the federal government,” she added.

The improved flow of funds is important for Germany, where heavily indebted towns and municipalities historically manage a large chunk of public spending and many citizens are annoyed by run-down local infrastructure and closed public facilities.

Years of austerity linked to the national-debt brake – a constitutional amendment introduced in the wake of the global financial crisis of 2008-09 to rein in public debt – have led to pent-up public-investment needs in towns and municipalities worth a combined €138-billion, data from KfW Research shows.

“Towns and municipalities have been structurally underfunded for more than 20 years. They were forced to cut staff,” Gerd Landsberg, Managing Director of the German Association of Towns and Municipalities, told Reuters.

“That partly explains the initial problems with the slow take-up of federal funds – it takes time to hire new staff and get the ball rolling,” Mr. Landsberg explained.

The latest figures show, however, that authorities are overcoming those staff-related planning bottlenecks, meaning most of the money should be used up soon, he said.

Mr. Landsberg called on the government to provide more funding lines and improve the design of its programs.

“Short-term investment funds alone do not provide sufficient planning and personnel security. We must secure the financial strength of towns and municipalities in the long term.”

Similar to Ms. Merkel and her conservatives, Finance Minister Olaf Scholz of the jointly governing, centre-left Social Democrats (SPD) has shown little appetite so far to ditch the balanced-budget goal and boost investments through new debt.

“The debate about debt-financed investment program misses the point. The problem is not a lack of money, but the sluggish outflow of funds,” Mr. Rehberg said.

Authorities must hire more staff, cut red tape and speed up planning and approval procedures, he said. “In addition, the construction sector has already reached its capacity limit, which means it can hardly cope with more demand,” Mr. Rehberg added.

Nevertheless, members of both the SPD’s own left wing and of the Greens, an increasingly strong opposition party, are pushing for a fiscal U-turn. Even the influential BDI industry lobby group, traditionally close to Ms. Merkel’s conservatives, last week called for a debt-financed fiscal-stimulus package.

Cansel Kiziltepe, a lower house SPD lawmaker specializing in finance, said Ms. Merkel and the conservatives should stop blaming local authorities and rethink their insistence on incurring no new debt in their budgets, a policy goal commonly known as the “black zero.”

“Especially in times of economic weakness and in light of improved outflow of funds, it’s high time to say goodbye to the fetish of the black zero,” Ms. Kiziltepe told Reuters.

Opinion
Putin and Xi are gambling with their countries’ futures
August 15, 2019 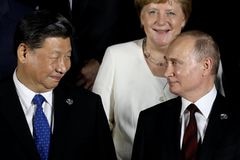 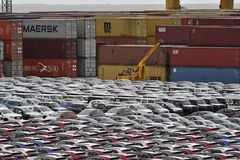 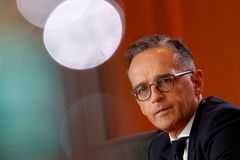