President Donald Trump on Tuesday kept up pressure on the head of the Federal Reserve to lower interest rates, following a report that White House lawyers earlier this year explored whether they could legally strip Jerome Powell of the Fed chairmanship.

Asked by reporters outside the White House if he wanted to demote Powell, Trump said: “Let’s see what he does.”

Trump has repeatedly attacked Powell for raising interest rates, claiming that the Fed’s four rate hikes last year were undercutting his economic and trade policies, particularly as he battled over trade issues with China. Last October Trump said the Fed had “gone crazy” under Powell.

The Fed wraps up a two-day policy meeting in Washington on Wednesday. Powell and fellow U.S. central bankers are expected to leave interest rates steady but potentially lay the groundwork for a rate cut later this year.

“They are going to be making an announcement pretty soon, so we’ll see what happens,” Trump told reporters.

Earlier Tuesday, European Central Bank chief Mario Draghi signalled he would ease policy to deal with low inflation across the Atlantic, a move that Trump said benefited Europe and was unfair to the United States.

“I want to be given a level playing field, and so far I haven’t been,” Trump told reporters.

The comments add to pressure on Powell, who is facing financial market expectations for three rate cuts by year’s end as economic data has weakened, though the data still points to continued, though slower, growth.

U.S. stocks don’t always get a boost when the Fed cuts rates

Bloomberg News, citing people familiar with the matter, reported Tuesday that the White House’s counsel’s office had looked into the legality of demoting Powell to a Fed governor in February, soon after Trump discussed firing the Fed chairman. Such a move would be unprecedented in the Fed’s 100-year history.

White House economic adviser Larry Kudlow declined to confirm or deny the report, but told reporters that Trump is not considering any changes to Powell’s status. Powell’s four-year term as Fed chair expires in 2022.

“The Fed is independent. They’ll act on their own time, in their own way,” Kudlow said.

Powell has said he does not believe the president has the power to fire him, and that he would not resign if asked.

A spokeswoman for the Fed Board of Governors on Tuesday said, “Under the law, a Federal Reserve Board chair can only be removed for cause.”

Robert C. Hockett, a law professor at Cornell Law School, whose research includes monetary law and economics, said demoting Powell might not be considered removal. But any move by Trump to do so would probably be contested by members of the Senate, which must confirm nominees for Fed chair and to the Fed’s Board of Governors, and could lead to a legal challenge over the limits of the president’s power, Hockett said.

He also said the Fed’s policy-setting Federal Open Market Committee, known as the FOMC, could act to preserve Powell’s authority.

“Even if Trump could ‘demote’ Powell, the FOMC could nevertheless vote to keep him on as FOMC chair, thereby neutralizing Trump’s move,” Hockett said. 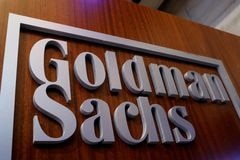