The fight against Ottawa’s proposed tax changes for small corporations isn’t over, even after watered-down policies were proposed in the latest federal budget following months of business community backlash.

The Coalition for Small Business Tax Fairness, a group formed to fight the federal government’s tax-reform proposals for private corporations first introduced last summer, is calling for more changes weeks before the amendments are expected to pass.

“A lot of people, including a lot of politicians, believe the small-business tax battle is over and that businesses are walking away satisfied. … That’s not true,” says Dan Kelly, president and CEO of the Canadian Federation of Independent Business (CFIB), one of the more than 70 organizations behind the coalition.

“It must be remembered that in addition to these tax changes, small-business owners are facing added uncertainty over the prolonged renegotiation of NAFTA and significant tax reform in the U.S, which are raising questions about Canada’s ability to effectively compete on a global stage,” states a letter from the coalition sent to Finance Minister Bill Morneau this week. “We urge the government to continue to find solutions that do not negatively affect the small business community’s ability to grow and prosper.”

The coalition is calling on the government to do an economic impact assessment on its package of proposed changes and to “delay implementing any tax changes until the assessment is complete.”

The specific changes include limiting the ability of small-business owners to “sprinkle” income to family members to lower their taxes, as well as rules around using their corporations as a vehicle for passive investments, such as stocks or real estate that are unrelated to the business.

For the income-sprinkling rules, which took effect Jan. 1, the coalition wants the government to postpone the changes until Jan. 1, 2019, at the “very earliest,” and to consider “at a minimum” a full exemption of spousal incomes and dividends. Mr. Kelly said the new rules were rushed into law and are “incredibly unfair and impractical” to business owners.

With passive investments, the coalition is calling for the proposed changes to be stopped. Or, at the very least, it wants them grandfathered to exclude past investments — which the coalition says was the Liberal government’s promise when the initial set of proposals was introduced last July.

“We urge you not to penalize business owners for past passive investments that were legally accumulated over the past several decades, by ensuring that those investments are excluded when calculating new taxes going forward,” the letter states.

While the new approach is simpler than Ottawa’s last proposal, the coalition told Mr. Morneau it would “unfairly penalize businesses that use passive investments in order to save for downturns, to buy property or for future investments in their business.”

The coalition also argues there is a “significant retroactive element” to the new proposal that will penalize small-business owners who have been abiding by previous tax rules.

“It’s unfair because these business owners did everything right. They followed the tax rules and were assured in July that [the tax changes] were going to be grandfathered,” based on past decisions, Mr. Kelly says. “The government has just handed what we believed to be thousands of business owners a … big increase in the annual taxes they will pay on their active business income.” Some business owners have reached out to the coalition to say that, under the new rules, they will pay up to $85,000 in extra taxes each year.

“It’s created a whole new set of winners and losers,” says Mr. Kelly. “We desperately need government to come up with a fix to ensure that past decisions aren’t going to be punished with higher taxes on active business income going forward.”

The coalition is trying to get Ottawa to scrap or at least postpone the tax changes before the legislation is brought forward in the House of Commons, which could be as early as this spring.

They also believe the tax proposals will be broader than the federal government forecasts. A recent report from the Parliamentary Budget Office (PBO) showed the new income-sprinkling rules could bring in about twice as much as projected — $356-million in 2018-19 versus the Finance Department projection of $190-million. The PBO says the amount will rise to $429-million by 2022-23, compared to the government’s projection of $220-million in new revenue in that year.

With a file from Bill Curry 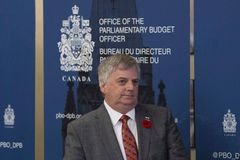 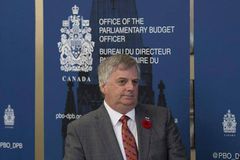 Opinion
Budget confirms that deficits are a feature for this government
February 28, 2018 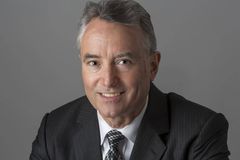 Follow Brenda Bouw on Twitter @BrendaBouw
Report an error Editorial code of conduct
Due to technical reasons, we have temporarily removed commenting from our articles. We hope to have this fixed soon. Thank you for your patience. If you are looking to give feedback on our new site, please send it along to feedback@globeandmail.com. If you want to write a letter to the editor, please forward to letters@globeandmail.com.
Comments are closed