Fundraising isn’t easy for anyone, but it can be especially challenging for women. Most gender equality studies focusing on fundraising indicate that female entrepreneurs struggle to obtain equal access to finance compared with men. And, to top it off, the cheques written to female founders tend to be smaller; the average deal size for female-led companies in 2017 was just over $5-million while, for male-led organizations, it was just shy of $12 million.

This discrepancy is due in part to unconscious bias, for example, in credit scoring and investment evaluations; but the main barrier is that most sources of capital for startups are often deeply rooted in all-male networks. Most holders of capital come from groups that are not particularly diverse. For example, only 7 per cent of partners at the top 100 venture firms in the United States are women. Within Canada, the number is double that, with 14 per cent of partners at major Canadian firms being women.

Whether consciously or not, people like to hire individuals that are similar to them, and we can see some of these same biases play out when it comes to where they like to invest their dollars. For example, venture capital firms with no female partners are more likely to invest in businesses with all-male founding teams.

Certain stereotypes prevail regarding the differences between male and female entrepreneurs. Four common ones are that men take more risks than women do, that they’re more growth-oriented, that they run their businesses “better” – whatever that means – and that they typically have more money to bring into the business in the first place. But are any of these myths true? A recent study conducted in Sweden and published in the Journal of Business Venturing Insights took a dive into these gender notions to see if there was anything there.

Looking at the financial data of 126 Swedish companies who had applied for VC funding, the researchers found all four of these stereotypes to be unsubstantiated. Unfortunately though, they also found that most funding decisions tend to be made in alignment with bias, not business sense.

One of the problems may lie in the different questions that male and female entrepreneurs get asked when they apply for funds. In 2017, Columbia Business School’s Dana Kanze and colleagues analyzed video transcripts of Q&A sessions between founders and potential VC investors. They found that VCs consistently posed different types of questions according to the gender of the entrepreneur being interviewed. For example, male entrepreneurs tended to be asked more questions about the potential for gains, while the women were frequently quizzed about the potential for losses.

For men, the more “positive” approach adopted by the investors – known as promotion orientation – focused on their hopes, achievements and ideals. In contrast, the interviews with female entrepreneurs had a more “negative” slant, concentrating on issues related to safety, responsibility and vigilance (or prevention orientation).

Such different interview techniques can have substantial ramifications when it comes to funding decisions. The same study found that applicants who fielded mostly promotion questions ended up raising an average of seven times more than those who were asked prevention questions. In fact, every additional prevention question cost the entrepreneur approximately $3.8-million less in funding. Thus, it seems that investors may inadvertently favour male entrepreneurs over female ones from the outset. Interestingly, the researchers found this bias was not influenced by the gender of the VC, indicating that female entrepreneurs should not expect different treatment when being interviewed by female VCs.

Thankfully, some companies are actively trying to change things. The Business Development Bank of Canada has allocated $1.4-billion over three years in new finance for female entrepreneurs in Ottawa and, in 2018, the Canadian government budgeted $105-million to help regional development agencies support female-run organizations over the next five years.

However, while there has been some movement to support female entrepreneurs, we still have a long way to go. Until then, female founders need to learn to advocate for themselves and find ways of breaking through the biases stacked against them. As a female entrepreneur, one of the best things you can do is prep in advance. While you shouldn’t actively avoid all-male VC firms, do some research and try to reach out to gender- and ethnically diverse VC companies as well as those that have a history of investing in female founders. Crunchbase, for example, is a great resource for finding business and investment information. And when it comes to interviews with investors, try to reframe questions that are posed from a prevention standpoint to make sure that your responses are promotion-based. In this way, you can change the narrative and potentially raise more funds for your business.

Fatima Zaidi is vice-president of business development at Eighty-Eight, a Toronto-based creative communications agency, and co-founder and chief executive of Quillit.io, a podcast engagement platform.

What it’s like when an organization champions diversity but doesn’t grasp inclusion
January 31, 2019 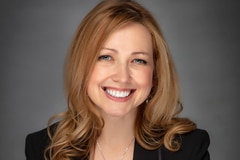 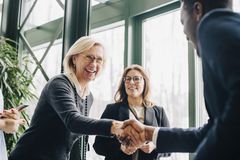 A female entrepreneur’s lessons in building a business
October 25, 2018 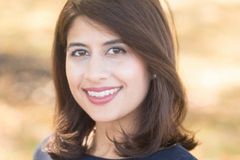 Follow us on Twitter @globesmallbiz Opens in a new window
Report an error
Due to technical reasons, we have temporarily removed commenting from our articles. We hope to have this fixed soon. Thank you for your patience. If you are looking to give feedback on our new site, please send it along to feedback@globeandmail.com. If you want to write a letter to the editor, please forward to letters@globeandmail.com.
Comments