A temporary measure to cap increases in the soaring property tax bills Toronto small-business owners are facing expires in December and candidates in this month’s municipal election are being pressed to find a long-term solution.

George Giaouris’s family-owned business, Northbound Leather, has been a fixture on Yonge Street for close to 50 years. But he says recent municipal-tax hikes have made it hard to sustain operations, forcing him to cut his staff to 18 employees, down from 26 in 2015.

“A lot of us are at our limit,” he said. “If something isn’t done to cap taxes for the little guys at a rate that can be borne by us, we’ll be gone like dominoes.”

The provincially regulated Municipal Property Assessment Corp.’s most recent round of property-value reassessments saw other Toronto small businesses face tax increases of as much as 400 per cent by 2020. Many properties in high-density growth areas, such as along Yonge Street, King Street West and Danforth Avenue, have had their assessed value skyrocket, with future development speculation driving up property taxes.

While Toronto City Council temporarily capped commercial business tax increases at 10 per cent for 2018, the relief ends in December.

Ward 13 candidate Kristyn Wong-Tam is pushing for support from the city’s mayoral and councillor candidates to put a long-term solution in place for next year. On Thursday, Ms. Wong-Tam will host an event on Yonge Street with Mr. Giaouris and other small business owners, asking council and mayoral candidates to advocate against the root of the issue: the province’s “highest-and-best-use” assessment approach.

“We want MPAC to assess properties based on their actual current use,” Ms. Wong-Tam said. “The highest-and-best-use approach speculates that a property will become a development site, that you’re going to get a 60- or 70-storey tower, and that’s not always going to be the case.”

In statements to The Globe and Mail, Toronto mayoral candidates John Tory and Jennifer Keesmaat addressed small-business challenges and property taxes, although neither supported a specific policy solution.

Keerthana Kamalavasan, a spokeswoman for Mr. Tory, said he would keep commercial and residential property-tax increases at or below the rate of inflation for the next four years if he’s re-elected. He also intends to work with the new provincial government to mitigate the effects of tax hikes for small businesses.

Ms. Keesmaat said none of the tax-policy options presented so far are comprehensive enough to address the root causes leading to the difficulties facing small businesses in Toronto.

“I agree that no independent business should face exorbitant tax increases – even the 10-per-cent cap adopted by council is high,” Ms. Keesmaat said in an e-mail.

She said the city has other tools it’s not taking advantage of that it could use to support small businesses, such as the Planning Act, which allows municipalities to provide certain financial incentives for the purposes of community economic development. She plans to expand on her small business sustainability strategy during the campaign.

The incoming council will have to address the issue soon. After the election, city staff will present a report in the new year with property-tax policy recommendations for 2019 and later. City hall has already floated proposals such as a small-business tax class, deferral program or rebate.

Brian Kelcey, vice-president, public affairs, for the Toronto Region Board of Trade, said one of the issues with a new small-business tax class is that it won’t provide stability if the assessment methodologies are still causing dramatic shifts in property valuations.

“Let’s say you discount some of these businesses on Yonge Street by 23 per cent through a small-business tax class. Tax-assessment shifts in some of these cases are 80, 100 or 200 per cent, so the business still goes under,” he said.

Municipalities can also create unnecessary bureaucracy trying to define who is and is not a “small business,” he said, and while that group might benefit, the system will shift the burden to other tax groups.

Mr. Kelcey said limiting MPAC’s use of the highest-and-best-assessment approach is the best solution.

“The relative number of small businesses being hit and the value of tax that is represented is actually very small relative to the overall tax pool,” he said. “Fixing this doesn’t do a lot of damage to everyone else.” 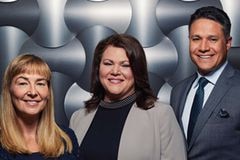 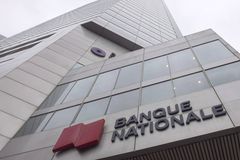 Entrepreneurs, watch out for these four new tax traps
May 25, 2019 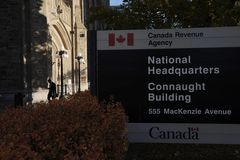