The not-for-profit company that oversees Canada Olympic Park has confirmed that it is closing three of its ski jumps and will soon shut down its sliding track due to the financial shortfall resulting from Calgary’s aborted Olympic bid.

WinSport said it stood to receive almost $100-million in government funding if Calgary would play host to the 2026 Olympic Winter Games, but those hopes died when voters rejected the bid by a significant margin in a plebiscite last fall. The bid included funding to upgrade existing facilities at COP that were built for the 1988 Calgary Olympics.

Without that infusion − and without Ski Jumping Canada able to pay $350,000 a year to help maintain the smaller jumps − WinSport officially closed its three jumps. They will be demolished at a later date, leaving behind only the 90-metre jump, not for competition but as a towering reminder of the 1988 Games.

The loss of the ski jumps came fast on the heels of Wednesday’s news that WinSport was $8-million shy in completing a $25-million refurbishing of its track for bobsleigh, skeleton and luge. A World Cup bobsleigh and skeleton event will be held in Calgary on Feb. 22-24. After that, the track will be closed until enough money is secured to finish the project.

Barry Heck, WinSport’s president and chief executive officer, said the ski jump and sliding-track decisions were difficult to make but necessary once all the post-Olympic-bid paperwork was filed and the shortcomings affirmed.

“It hurt us a lot; tremendously,” Mr. Heck said of the Nov. 13 public vote. “WinSport would have received a much-needed capital injection that would have solved all of our aging infrastructure issues – our day lodges, our snowmaking … The [three] ski jumps? They’re closed. They’re done. The land will be repurposed for [another] sport.”

Even with Olympic funding, the jumps were not expected to have a long future. It was learned early in the bid process that Calgary 2026 wanted ski jumping and Nordic combined held in Whistler, B.C., the site of those events at the 2010 Winter Games.

Shutting them all down has upset the ski-jumping community, which has asked for a full look at WinSport’s financial numbers.

There have been suggestions that WinSport should dip into the Olympic Endowment Fund, which was set up as a legacy reserve from the 1988 Olympics. In 2010, WinSport used $10-million of endowment money to fix a leaky roof at the Olympic speed-skating Oval. It is estimated that the fund sits at $117-million.

Mr. Heck was asked if WinSport could access the fund for its current dilemmas and replied: “I suppose … but now we’re cutting off a partial lifeline and now we’re against the clock. That’s not what I’m looking at.”

Todd Stretch, chairman of Ski Jumping Canada, acknowledged that WinSport had assisted the sport in previous years but noted that “a lot of the repairs and maintenance have been done by the club. That would include the refrigeration on the 90-metre jump and we rebuilt the 38-metre hill and fixed those portions of it.” Ski Jumping Canada also hired an Austrian ski-jump engineer who examined the three COP jumps and determined that, with some repairs, there were 10 more years of usage in them.

WinSport has insisted that it is “not picking on ski jumping” but merely more willing to find a solution for the sliding track given how more athletes mean more events and a higher degree of usage.

“The truth is it’s hard to say this but there’s a small handful of [jumping] athletes and the revenue they pay to use those jumps is under $10,000 a year,” Mr. Heck said. “How can we do that?”

The sliding athletes and coaches were stunned Wednesday when they found out that their track would soon be closed. WinSport said that it had been working with its partners to see if there could be any additional funding. In 2017, the province agreed to hand over $10-million. Last May, Ottawa added $6.8-million. The original cost of the track project was $20-million but has since risen to $25-million due to escalating costs.

Bridging WinSport’s $8-million funding gap is expected to cost athletes time and training on the track. The closing could still be in effect by the start of the 2019-20 season. Whistler has the only other sliding centre in the country, meaning high-performance athletes would have to relocate to B.C. to ensure their proper preparation.

For its part, Ski Jumping Canada is hoping to find backers for a jumping centre that would include trails for cross-country skiers and a laser-gun range for biathlon competitors. 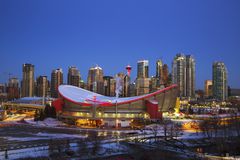 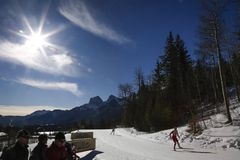